OECD’s Multilateral Instrument and its impact on BEPS

One of the biggest problems in today’s international tax regime is the loss of billions of global corporate income tax revenues through the use of legal tax avoidance strategies. ‘Base Erosion and Profit Shifting (BEPS) is a phrase commonly used to refer to tax avoidance strategies that taxpayers use to shift their profits from high tax jurisdictions to low tax jurisdictions’.[1] The aim of such strategies is to considerably minimize the tax that is to be paid and it is usually achieved by exploiting mismatches between the tax rules of different countries.[2] It has been estimated that the use of these strategies has resulted in the loss of 100 to 240 billion US dollars annually.[3]

According to the definition given by OECD, BEPS refers to “tax planning strategies that exploit gaps and mismatches in tax rules to make profits ‘disappear’ for tax purposes or to shift profits to locations where there is little or no real activity but the taxes are low resulting in little or no overall corporate tax being paid”.[4] However, OECD has clarified that the aforementioned strategies are not illegal and that they merely take advantage of the existing rules which do not cater to today’s global environment.[5] Despite being legal, these strategies can be viewed as a problem because they tend to distort competition to a certain extent. Businesses that operate at a cross-border level have a competitive advantage over those operating at a domestic level because the former tends to profit from BEPS strategies.[6] Moreover, it is unfair to expect ordinary tax payers to voluntarily pay taxes when large business and multinational corporations are legally avoiding taxes. Hence, BEPS strategies are a cause for concern as capable tax payers seem to be taking advantage of the loopholes in the existing tax systems and legally avoiding payment of millions and millions of taxes that could benefit home and host countries if pocketed.

In light of these issues, the OECD, over the years has been advancing numerous solutions to tackle aggressive tax planning. OECD has suggested that businesses and multinational corporations are not to be faulted for the use of aggressive tax planning and BEPS strategies as they are merely making the most of the flawed rules that have been put into place by the governments of the home and host countries. OECD believes that it is the inherent duty of these governments to revise or even update these flawed rules. However, no single government or country can address this issue on its own as these strategies work by taking advantage of tax rules of different countries and a unilateral approach could hamper global investment and growth.[7] Hence, there needs to be an internationally coordinated approach to tackle this problem. The OECD has been working towards a more permanent solution and its BEPS action plan is just that. The BEPS action plan has three key goals. It seeks to eradicate double non-taxation, end treaty abuse and ensure that profits are taxed at the place of value creation.[8] To achieve these goals, the action plan set out numerous tax treaty related measures, which call for extensive changes to be made to the existing international tax treaty network.[9]

The BEPS action plan sets out 15 different actions to resolve the BEPS issue in a coordinated manner. Abuse of existing tax treaties is one of the biggest sources of BEPS and changes need to be made to these treaties to avoid such exploitation. However, carrying out large scale changes on a treaty by treaty basis is time consuming and redundant. Therefore, action 15 of the BEPS action plan initiated a Multilateral Instrument (MLI) which is capable of implementing these large scale changes in a more coordinated and efficient manner with immediate effect. The MLI will allow governments to revise or update all of its bilateral treaties in a very organised manner without having to renegotiate each of these treaties bilaterally. The MLI seeks to prevent treaty abuse, hybrid mismatch arrangements, artificial avoidance of permanent establishment status and improve dispute resolution.[10] Hence, the MLI, which is the direct outcome of action 15 of the BEPS action plan intends to close all the loopholes in the exiting tax treaties and put an end to tax avoidance strategies. Despite BEPS having been around for a few decades now, the OECD’s initiatives to counter such tax avoidance measures are fairly recent. Large number of businesses have now decided to go global and as a result, BEPS practices have also shot up in number. Over the last few years, there have been significant developments with respect to BEPS and this motivated the international community to come together and take joint action. Till date, a total of ninety-four countries have successfully signed the MLI with a common intention to reduce BEPS.[11]

OECD has given BEPS a very broad definition by classifying them as strategies for avoiding taxation. The idea behind this broad definition is to incorporate a wide range of tax avoidance measures and not limit the scope to certain types of measures. The following is an example of BEPS and an explanation as to how the OECD seeks to curb such tax avoidance measure using the MLI:

A multinational corporation is based out of Country X. This corporation has a wholly-owned subsidiary in Country Y. The corporation in Country X owns certain intellectual property and decides to license the same to its wholly-owned subsidiary in Country Y for its use. However, the income tax rates on the income generated through the licensing of such intellectual property happens to be very high in both Country X and Y. Consequently, the corporation incorporates a new entity in Country Z where the tax rate on such income is very low. Now, this new entity holds the intellectual property and any income arising out of it will be taxed at a very low rate as opposed the high rates set it Country X and Y. This is a clear case of BEPS because the third entity in Country Z was opened with the sole intention of minimizing the tax that is to be paid on the profits made from the intellectual property. Additionally, the corporation has no other presence in Country Z. OECD’s efforts have largely been focussed on preventing this kind of tax manoeuvring and the MLI helps in doing so. The MLI works by modifying bilateral tax treaties between two tax jurisdictions. The signatories can choose which tax treaties they want the provisions of the MLI to apply to. In the aforementioned example, if Country Y and Z are signatories to the MLI and agreed to have their bilateral tax treaties subject to the provisions of the MLI, the corporation will not be able to minimise the tax payment by resorting to BEPS strategies.

Working of the MLI and the Problem with it

The MLI intends to advance some of the key actions stipulated under the BEPS action plan. The instrument includes measures to prevent hybrid mismatch arrangements as found under action 2 of the BEPS action plan, measures to prevent treaty abuse as found under action 6, measures to strengthen the definition of and prevent artificial avoidance of permanent establishment as found under action 7 and measures to improvise mutual agreement procedures as found under action 14. Once a party has signed and ratified the MLI, the aforementioned provisions/measures will not automatically apply to all of its treaties with the other parties but only to those tax treaties where both the parties have explicitly agreed to have their treaties subject to the provisions of the MLI.  Once the MLI is applicable to bilateral tax treaties, certain prescribed minimum standards have to be met. Prevention of treaty abuse and improvement of dispute resolution are two such prescribed minimum standards which the treaties need to adhere too unless they already met the prescribed standards or reached a mutually satisfactory solution which is consistent with the minimum standard.[12] However, signatories have been given the flexibility to opt out of certain provisions of the MLI that do not form part of the prescribed minimum standard and therein lies the problem.

The parties to the MLI reserve the right to not apply certain provisions of the instrument to their tax treaties. While the MLI seeks to resolve the BEPS issue, it will be largely ineffective at doing the same through its “flexible” options. The language of the MLI makes it clear that the signing parties can easily avoid substantial provisions of the instrument by simply opting out of the same. While the MLI does have some mandatory provisions, these provisions cannot be solely relied on for the purpose of reducing BEPS. Most of MLI’s strictest and impactful provisions such as the measures against “hybrid mismatch arrangements” are optional and can be rejected. As a matter of fact, more than half of the signatories have indicated that they do not intend to apply Articles 3, 4 and 5 in their entirety to the tax treaties. Even under the mandatory Articles 6, 7 and 8, there are minimal requirements that the signatories can take advantage of. Under Article 6, the signatories merely have to commit to including in their tax treaties a preamble which indicates their desire to eliminate double-taxation and double non-taxation.[13] Additionally, the entirety of part IV of the MLI which deals with avoidance of permanent establishment status is optional. Hence, it is understood that a substantive part of the MLI is optional and not in any way binding on the signing parties. The numbers also reflect that many parties have chosen to opt out of significant number of provisions.

It is clear that the prime intention of the MLI is to prevent the signing governments from losing out on substantial corporate tax revenue through aggressive tax planning strategies. However, despite being OECD’s primary weapon against BEPS, the MLI cannot achieve its objectives through a flexible approach. If the sole aim of the MLI is to prevent BEPS, then it needs to make more minimum standards and important provisions under the instrument cannot be given an optional status. Else, countries will be more than willing to sign and ratify the MLI but also opt out of significant provisions and be unhelpful in the fight against BEPS. It is understood that each country might be placed differently in the fight against BEPS and cannot be expected to entertain each and every clause that is part of the MLI. However, parties cannot be given the luxury to opt out of major clauses that actually lead the fight against BEPS. Therefore, the OECD must take necessary actions to ensure that the MLI does not become counterproductive and redundant. In my opinion, the OECD has undertaken significant measures over the years to fight BEPS and the MLI has the potential to be one of its biggest measures ever. However, the MLI needs to be altered for it to have an impact on the BEPS.

[11] “Signatories and Parties to the Multilateral Convention to Implement Tax Treaty Related Measures to Prevent Base Erosion and Profit Shifting.” OECD, www.oecd.org/tax/treaties/beps-mli-signatories-and-parties.pdf. 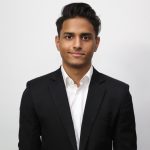 Is there a need to renegotiate APAs in light of the COVID outbreak?
View More Published Posts