The Finance Act 2020 and 2021 has brought in some dynamic changes in respect of the exempted Trusts, Societies, NGOs, Charitable Trusts, Section 8 Companies including educational, medical, and/or religious institutions complying with the certain rules of registration under the Income Tax Act, 1961. The registrations were perpetuity in nature, and their registrations could be invoked in the only a certain scenario. The registration under section 12AA of the Act has been redundant from 1st April 2021 and the new section 12 AB has replaced the old section 12 A for registration purposes. This newly incorporated section 12AB of the Act will have a new regime of the registration process by prescribing the time frame for processing the application and a limited validity of such exemption for five years only. All the existing charitable institutions are required to apply for fresh registration under the new provisions of Sec 12AB of the Income Tax Act.

The background of such 360-degree changes is an unfortunate perception at the Government level that public charitable trusts and religious institutions have been used as a convenient device for evasion /avoidance of the taxes. The government has taken remedial measures from time to time in its 100 years of trust taxation journey. The Income Tax Act 1922 has carried a sections 16(1) (C) and section 16 (3) to counteract such alleged evasion. Exactly after the 100th year, we are still making regulations in the year 2021-22 to counteract such evasion by incorporating the strict provisions to deal with the issue. The Income Tax Act 1961 also amended the relevant provisions viz. sections 11, 12, 12A, 13, 80G, 10(23C), 2915) etc . However, the recent proposal to regulate the said provision is going to change the entire spectrum of Charitable/Religious trusts.

The new process of reregistration or reapproval as the case may be has given a never-before opportunity. Now, from the 1st April 2021 to 31st August 2021, all the trusts whether registered or unregistered are standing at the same level . The Trusts which are already registered under Sec 12 A or Section 12 AA of the Act and also approved u/s 10(23C) or notified under 10(46) of the Act simultaneously, their registration will be inoperative with respect to Sec 12 A or Sec. 12 AA of the Act from the date on which proviso to Sec 11 (7) came into force. Every trust is eligible and required to get registration u/s 12AB if registered under 12AA and also every trust is eligible to get a provisional registration u/s 12AB if not registered earlier. This is a unique opportunity to regularise all the trust under the new regime.

The two provisos introduced by Finance Act 2020 to Sec 11(7) by the Income-tax Act 1961, with effect from 01/06/2020 (Original date extended much time) gave rise to the concept of regulating the Inoperative Trusts or Inoperative Institutions.  The second proviso to Sec 11(7) further states that the Trusts or Institutions whose registration u/s 12A or 12 AA has become inoperative, as aforesaid under the first proviso, may apply for restoration of registration u/s 12 AB of the Act. However, once the registration is restored u/s 12 AB of the Act, the approval u/s 10(23C) or notification Sec 10 (46) of the Act shall cease.

Earlier , The trust or Institution registered u/s 12 A or Sec 12 AA of the Act could not claim any income exempt u/s 10 excepting the income covered u/s 10(1) [Agricultural Income], u/s 10(23C) [Income of the Educational Institutions solely operating for educational purposes/ Hospitals established for philanthropic purposes and not for the purposes of making profits] and that u/s 10(46) [Specified Income of the notified Body or Authority or Trust constituted under the State, Central or Provincial Act]. It was interpreted and rightly so, that Trust registered u/s 12 A or u/s 12 AA could also simultaneously claim income exempt u/s 10(23C) or u/s 10(46) of the Act.

Exemption of Income of a charitable and religious trust

The income of a charitable and religious trust is exempt from tax subject to certain conditions. The exemptions are provided to the trusts under various provisions, inter-alia, Section 10, Section 11, etc. Some of the exemptions allowed to a trust are as under:

2) In view of Section 12, income in the form of voluntary contributions received by a trust created wholly for charitable or religious purposes or by an institution established wholly for such purposes shall also be exempt from tax (subject to certain conditions).

3) Any voluntary contributions received by an electoral trust shall not be included in its total income (subject to certain conditions).

4) Income of an educational institute is subject to exemption under Sections 10(23C)(iiiab)/(iiiad)/(vi).

5) Income of a hospital or other institution shall be eligible for an exemption if it satisfies the conditions prescribed under Sections 10(23C)(iii)/(iii)/(vi).

(i) University or educational institution existing solely for the educational purposes and not for the profit purpose, substantially financed by government {sub clause (iii) of sec-10(23C)}

(ii) Hospital or other institution for the reception and treatment of illness and mental defectiveness and not existing for the purpose of profit, substantially financed by the government. {Sub clause (iii) of sec-10(23C)}

(iii) University or educational institutions and hospitals or other similar institutions not substantially financed by government but the total receipt not exceeding Rs. One Crore. {Sub clause (iii) and (iii) of sec-10(23C)}

(iv) University or educational institutions and hospitals or other similar institutions not substantially financed by government but the total receipt exceeding Rs. Five Crore. {Sub clause (vi) and (via) of sec-10(23C)}

As far as institutions covered in clauses (i), (ii), (iii) as abovementioned are concerned; such institutions are not required to obtain approval from the income tax department to avail exemption.

Income of the schools / Institutions could be claimed exemption u/s 12 A or 12 AA of the Act. There was no restriction in the Act for a number of switches from Sec 12 A / 12 AA to Sec 10(23C) and vice e versa. The amendment has been brought in to curb such practice. Now the Trust has to decide once in for all whether to take tax exemption u/s 12 AB or u/s 10 (23C). Only one switch over is allowed as aforesaid for ensuring the ease in administration, as stated by the Finance Minister in the Explanatory Memorandum to the Finance Bill 2020. Universities or Educational Institutes solely working for educational purposes or Hospitals solely working for philanthropic purposes and not for the purposes of profit,

3) If they are not substantially financed by the Government or if their annual receipts are not less than Rs Five Crores, (that is which are not covered by Clause (1) and Clause (2) above, may claim their income exempt u/s 10(23C)(vi) if those are Universities or Educational Institutions or u/s 10(23C)(via) of the Act if those are Hospitals 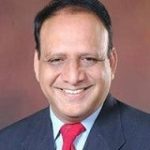