Article explains how we can get corrected Physical Income Tax / TDS challan after payment through Bank with period of correction and format to apply for correction.

Recently I faced a situation where the tax demand on regular assessment of my client for A.Y 2016-17 was deposited with a nationalized bank but wrongly the said payment of demand was done towards A.Y 2017-18. This situation may have been faced by many assessees because there may always a possibility of mentioning wrong Assessment year or wrong PAN/TAN etc in the TDS Challan or in Income Tax Challans. 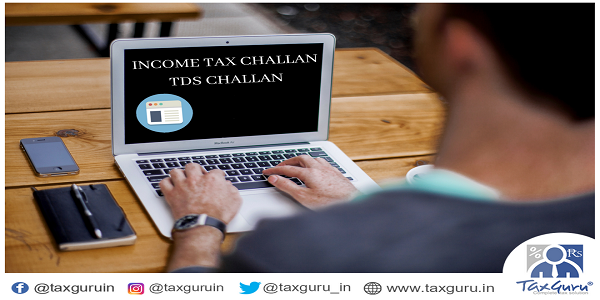 In such situation the first thing that comes to mind is how one can get the challan corrected after the payment of tax so that right credit of tax is given to the assessee/deductor concerned. The power to amend such wrong details in challan after payment of tax in OLTAS has been given to Assessing officer and Bank depending upon the type of correction, which has been provided as follows for the benefit of all concerned. At present, the banks are permitted to correct data relating to three fields only i.e. amount, major head code and name. The other errors can be corrected only by the assessing officers.

The fields that can be corrected and the entity authorized to carry out corrections on challan with deposit date less than September 1, 2011 are as below:

In case of  physical challans with deposit date greater than equal to September 1, 2011, the fields that can be corrected by the Taxpayer through Bank are tabulated below:

The time window for correction by the bank is 7 days from the date of receipt of correction request from the tax-payer.

1. Thus application should be made for correction to the A.O or Bank in case of any mistake in Income Tax/TDS Challan depending upon the type of correction as mentioned above.

The changes can be made by the banks, subject to following conditions:

i. Correction in Name is not permitted.

ii. Any combination of correction of Minor Head and Assessment Year together is not allowed.

iii. PAN/TAN correction will be allowed only when the name in the challan matches with the name as per the new PAN/TAN.

iv. The change of amount will be permitted only on the condition that the amount so corrected is not different from the amount actually received by the bank and credited to Govt. Account.

i. The tax-payer has to submit the request form for correction (in duplicate) to the concerned bank branch.

ii. The tax-payer has to attach copy of original challan counterfoil.

iv. In case of correction desired for payments made by a tax-payer (other than an individual), the original authorization with seal of the non-individual taxpayer is required to be attached with the request form.

v. A separate request form is to be submitted for each challan.

After the window period available to banks for challan correction, the assessee can make a request for correction to his or her assessing officer, who is authorized under the departmental OLTAS application to make such correction in challan data in bonafide cases, to enable credit of the taxes paid, to the concerned assessee.

(in case of non-individual taxpayer)

I request you to make corrections in the challan data as per following details :

Note: Please tick against the relevant fields where changes are required.

4. The request form for correction is to be submitted in duplicate to the bank branch.

5. A separate request form is to be submitted for each challan. 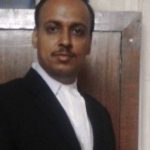