Eureka! GSTN finds out a new form (not prescribed in GST law) called GSTR 2B!

Sometimes we wonder how creative GSTN authorities are! Ideally, GSTN was supposed to translate the GST law and Rules into the implementable reality. However, they are so creative that they have discovered something which does not even exist!!!

It is a well-known fact that while drafting GST Law and Rules, Government had envisaged form GSTR-2 to be Input Tax Credit statement and GSTR-3 to be formal GST return for the taxpayers. And all we know is that neither GSTR-2 nor GSTR-3 which were crucial statement/return/s have seen the light of the day even after passage of more than 3 years from the introduction of GST Law in the Country.

However, instead of working on all those pending statement/return/s of the Law, GSTN has recently come up with a statement named as ‘GSTR-2B’. Interestingly, GSTR-2B finds no mention in GST law at all!  Excellent innovation! Isn’t it?

“Atithi Devo Bhav!” As Indians, we have a tradition of welcoming all guests (even if unknown), and therefore, let’s get introduced to the new unknown guest called GSTR 2B.

Whether useful to the assessee?

History is repeating itself and similar to GSTR-2A, GSTR-2B appears to be a premature baby which would be helpful to some extent to avail ITC on monthly basis, however, it may add to reconciliations to be done for GST purposes.

Ever since GST law has been implemented, on an average there is at least one Notification every alternate day. As if that is not sufficient, this kind of new forms which are not even notified, creates a feeling of chaos and uncertainty in the minds of taxpayers. Let’s hope that wisdom prevails in GST! 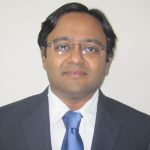