We have created a Poll on our twitter page on 24th October 2017 asking Taxpayer and Tax Professionals across India that do they think that Time Limit for filing IT Return (44AB Audit Cases) must be further extended to 30th November 2017.

In response to our poll we have received  3285 Votes and 90% of those who voted has voted in favour of extension and merely 10% thinks that there should not be any extension. Further our poll is been retweeted by 372 people, liked by 321 people and we received 376 comments on our poll. (Poll is closed now)

You can check our poll below-

Readers are requested to Vote on Our poll, Retweet the same, Like the same and leave their comment on the same.

Some of the interesting tweets in reaction to the above poll are as follows:-

Things are messing up and the pressure if literally unbearable .I hope it gets extended soon.

In view of various due dates during the month must be further extended hope finance ministry will look into matter positively.

87% of countryman wants extension but government instead of hearing the plea of Taxpayer and Tax Professionals across India is busy issuing advisory on consequences of Non Filing of ITR and Tax Audit report. Check Tweet below-

Check it and fix it before reminding us

Website failure is a precursor to the extension of due date…

website is not working….please resolve it first or extend the date…

This is the position of incometax site how can the deadline of 31 Oct one can meet. Kindly extend the date pic.twitter.com/DQbS7KXAG5

Sure but get the site working. It is not accessible for last 3 hours.

We hope better sense will prevail and CBDT/ Finance Department?Finance Mister will extend the due date without wasting any further time.  Hope they will listen the 90% of taxpayers / Country Man / Tax Professionals. 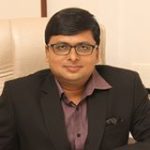