Checklist on SS-4 Report of the Board of Directors

Checklist on SS-4 Report of the Board of Directors

1. If amount is transferred to reserves then mentioned the same.

2. If no amount is transferred to reserves the note should be mentioned in report.

1. Amount of dividend per share, percentage and dividend distribution tax thereon is to be mentioned.

4. Payment of Dividend on reserves. 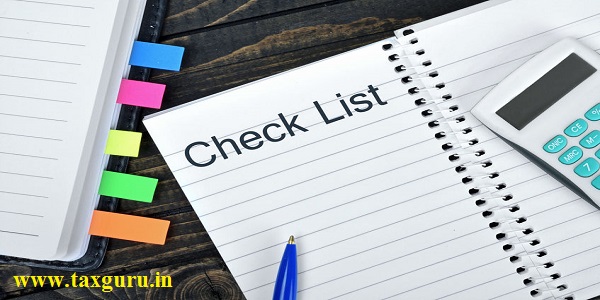 State of the company’s affairs

The state of affairs of the company shall, inter alia, include the following information –

i. Segment-wise position of business and its operations;

ii. Change in status of the company;

iv. Change in the financial year;

viii. Any other material event having an impact on the affairs of the company.

Change in the nature of business

If there is any change in nature of business then the same is to be mentioned.

Material changes and commitments, if any, affecting the financial position of the company, having occurred since the end of the Year and till the date of the Report.

The causes for such material changes and commitments and the remedial measures taken shall also be disclosed.

Details of revision of financial statement

Detail reasons of revision of financial statement or the Report in the last three preceding financial years either voluntarily or pursuant to the order of a judicial authority.

1. Overview of the Industry and changes during last year.

3. Induction of strategic and financial partners during the year;

4. In case of a company, which has delisted its equity shares, during the year or till the date of the Report, the particulars of delisting activity giving details like price offered pursuant to delisting offer, offer period of delisting, number of shares tendered and accepted, total consideration paid and the holding of the Promoters in the company post delisting.

1. Change in the authorized, issued, subscribed and paid-up share capital;

3. Reduction of share capital or buy back of shares;

4. Change in the capital structure resulting from restructuring; and

All the details in regard to issue of Securities are to be mentioned in the report.

(a) Credit rating obtained in respect of various securities;

(b) Name of the credit rating agency;

(c) Date on which the credit rating was obtained;

(d) Revision in the credit rating;

(e) Reasons provided by the rating agency for a downward revision, if any.

A. Details of the transfer/s to the IEPF made during the year as mentioned below:

(i) amount of unclaimed/unpaid dividend and the corresponding shares;

(iii) amount of matured deposits, for companies other than banking companies, along with interest accrued thereon;

(iv) amount of matured debentures along with interest accrued thereon;

(v) application money received for allotment of any securities and due for refund along with interest accrued;

(vi) sale proceeds of fractional shares arising out of issuance of bonus shares, merger and amalgamation;

B. details of the resultant benefits arising out of shares already transferred to the IEPF;

C. year wise amount of unpaid/unclaimed dividend lying in the unpaid account upto the Year and the corresponding shares, which are liable to be transferred to the IEPF, and the due dates for such transfer; D. the amount of donation, if any, given by the company to the IEPF;

E. such other amounts transferred to the IEPF, if any, during the year.

(a) Names of the persons who have been appointed / ceased to be Directors and/or Key Managerial Personnel of the company:

(i) During the year;

(ii) After the end of the year and up to the date of the Report;

(b) Mode of such appointment/cessation;

(c) Names of the Directors retiring by rotation at the ensuing annual general meeting and whether or not they offer themselves for re-appointment.

c. Declaration by Independent Directors and statement on compliance of code of conduct.

The number and dates of the board meeting during the year shall be disclosed in the report.

Composition of Committees and the number and dates of the Committee Meetings during the year shall be disclosed.

Where the Board has not accepted any recommendation of the Audit Committee, a statement to that effect shall be disclosed in the Report along with the reasons for such non-acceptance.

The Report of every listed company and other prescribed class of public companies shall include a statement indicating the manner in which formal annual evaluation of the performance of the Board, its Committees and of individual Directors has been made.

Remuneration of Directors and Employees of Listed Companies

The Report shall include a Directors’ Responsibility Statement stating the following:

(a) In the preparation of the annual accounts, the applicable accounting standards had been followed along with proper explanation relating to material departures;

(b) the Directors had selected such accounting policies and applied them consistently and made judgments and estimates that are reasonable and prudent so as to give a true and fair view of the state of affairs of the company at the end of the year and of the profit and loss of the company for that period;

(c) The Directors had taken proper and sufficient care for the maintenance of adequate accounting records in accordance with the provisions of the Act for safeguarding the assets of the company and for preventing and detecting fraud and other irregularities;

(d) The Directors had prepared the annual accounts on a going concern basis;

(e) the Directors had devised proper systems to ensure compliance with the provisions of all applicable laws and that such systems are adequate and operating effectively;

Frauds reported by the Auditor

a. Nature of fraud with description;

d. Remedial action taken to prevent occurrence of such frauds in future.

a. Report on performance and financial position of the subsidiaries, associates and joint ventures.

b. Companies which have become or ceased to be subsidiaries, associates and joint ventures.

All the details of deposit accepted or pending or unclaimed and other details with respect to the same is to be disclosed.

Particulars of Loan, Guarantee and Investments and particulars of Contracts and Arrangements with Related Parties

The disclosure shall include the following.

a. Contracts / arrangements / transactions with related parties which are not at arm’s length basis;

b. Material contracts / arrangements / transactions with related parties which are at arm’s length basis;

c. Contracts / arrangements with related parties which are not in the ordinary course of business and justification for entering into such contract. Such disclosure in the prescribed form shall be annexed to the Report.

The Report shall include an Annual Report on the CSR activities and shall comprise the following:

(b) Composition of the CSR Committee, number of meetings held during the year;

(e) details of amount spent on CSR during the year including total amount to be spent, amount unspent and manner in which the amount has been spent;

(f) In case the prescribed CSR amount has not been spent, reasons for not spending the same;

(g) A responsibility statement from the CSR Committee that the implementation and monitoring of the CSR Policy is in compliance with the CSR objectives and policy of the company.

a. Conservation of energy

A statement indicating the development and implementation of a risk management policy for the company. Such statement shall, inter alia, disclose:

a. Various elements of risk which, in the opinion of the Board, may threaten the existence of the company and

b. Strategy to mitigate such risks.

Details of Establishment of Vigil Mechanism

The disclosure shall, inter alia, include the mechanism for:

a. The Directors and employees to report their genuine concerns about unethical behavior, actual or suspected fraud or violation of the company’s code of conduct;

b. Providing adequate safeguards against victimization;

c. Providing direct access to the higher levels of supervisors and/or to the Chairman of the Audit Committee, in appropriate or exceptional cases.

d. Web-link of the aforesaid mechanism shall also be disclosed in the Report.

i. Details of the Statutory Auditors are to be disclosed.

ii. Explanations in response to Auditor’s qualifications are to be mentioned.

Secretarial Audit Report is to be annexed if applicable.

Compliance with the Secretarial Standards

a. Details of any application filed for corporate insolvency resolution process, by a financial or operational creditor or by the company itself under the IBC before the NCLT;

b. Status of such application;

c. Status of corporate insolvency resolution process, if any, initiated under the IBC.

MGT-9 for Annual Return is to be annexed with the report.

c. Reasons for delay, if any, in holding the annual general meeting;

d. A statement as to whether cost records is required to be maintained by the company pursuant to an order of the Central Government and accordingly such records and accounts are maintained.

a. industry structure and developments;

b. opportunities and threats;

i. details of significant changes (i.e. change of 25% or more as compared to the immediately previous financial year) in key financial ratios, along with detailed explanations there for,

j. Details of any change in Return on Net Worth as compared to the immediately previous financial year along with a detailed explanation thereof.

Certificate on Compliance of conditions of Corporate Governance

Disclosures  pertaining  to the Sexual harassment of Women at the Workplace (Prevention, Prohibition and Redressal) Act, 2013.

1. The disclosure shall include the following: (a) a statement that the company has complied with the provision relating to the constitution of Internal Complaints Committee under the Sexual Harassment of Women at the Workplace (Prevention, Prohibition and Redressal) Act, 2013.

2. The details of number of cases filed and disposed as required under the Sexual Harassment of Women at the Workplace (Prevention, Prohibition and Redressal) Act, 2013.

ANNEXURES TO THE REPORT

The following matters, wherever applicable, will be annexed to the Report: