Service Tax on Export of Service

Export the goods and not the taxes is the common line that we hear, this statement is also valid in Finance Act, 1994 for export of service. However Rules framed under Finance Act, 1994 have defined the term “Export of Service” and if the conditions mentioned therein are satisfied only than the benefits are available.

Service tax is not applicable on service which is exported since one of the conditions mentioned is that, the place of provision of service should be outside India. Further in order to ensure that no tax is exported along with export of service, rules have been framed to allow Cenvat credit or Refund or Rebate of Service Tax paid of Input Services and Excise Paid on Inputs.

Rule 6A of Service Tax Rules, 1994 gives the meaning of “Export of Service”. The provision of any service provided or agreed to be provided shall be treated as export of service when:-

a) the provider of service is located in the taxable territory,

b) the recipient of service is located outside India,

c) the service is not a service specified in the section 66D of the Act,

d) the place of provision of the service is outside India,

e) the payment for such service has been received by the provider of service in convertible foreign exchange, and

f) the provider of service and recipient of service are not merely establishment of a distinct person in accordance with item (b) of Explanation 2 of clause (44) of section 65B of the Act.

Where any taxable service is exported, Rebate can be claimed as per Notification no 39/2012 of service tax or duty paid on input services or inputs.

a) that the service has been exported in terms of rule 6A of the said rules;

b) that the duty on the inputs, rebate of which has been claimed, has been paid to the supplier;

d) the total amount of rebate of duty, service tax and cess admissible is not less than one thousand rupees;

e) no CENVAT credit has been availed of on inputs and input services on which rebate has been claimed; and

a. the duty or, as the case may be, service tax and cess, rebate of which has been claimed, has not been paid; or

b. the service, rebate for which has been claimed, has not been exported; or

c. CENVAT credit has been availed on inputs and input services on which rebate has been claimed,

the rebate paid, if any, shall be recoverable with interest in accordance with the provisions of section 73 and section 75 of the Finance Act, 1994 (32 of 1994)

b) However if not practical to file declaration before export of service then rebate cannot be denied as per Wipro ltd v UOI (2013). In the said case, the service provider is in the business of rendering IT-enabled services such as technical support services, customer-care services, back-office services etc. which are considered to be “business auxiliary services” under the Finance Act, 1994 for the purpose of levy of service tax. The nature of the services is such that they are rendered on a continuous basis without any commencement or terminal points; it is a seamless service hence declaration before export of service is not practical.

c) Documents prescribed in Rule 9 of CCR, 2004 should be maintained by exporter.

d) Rebate claim in form ASTR-2 is to be filed with jurisdictional AC/DC.

e) Jurisdictional AC/DC can sanction rebate wither in full or in part. Reason for delay more than 15 days from receipt of claim should be indicated by AC/DC while sanctioning refund (There is no provision that these reasons should be informed to the applicant.

f) Doctrine of Unjust enrichment is not applicable on rebate as per Convergys India Services c. CST (2012).

g) If rebate is granted but if proceeds are not realized within time allowed by RBI, government can recover the rebate.

WHAT ABOUT CENVAT CREDIT

However in case of export of service, exempt service does not include service which is exported. Hence rule 6 of Cenvat Credit rules is not applicable i.e. need not reverse the Cenvat credit.

WHAT IF ASSESSEE UNABLE TO UTILISE CENVAT CREDIT

Rule 5 of Cenvat Credit rules provide for refund of Cenvat credit when output service is exported. Procedure for claiming refund is specified in Notification No. 27/2012 Dated 18-6-2012. However one drawback of refund option is that refund of excise duty paid on capital goods is not available.

Procedure for refund is as follows:

WHAT IF THE ABOVE MENTIONED CONDITIONS NOT SATISFIED

Will the service provided become chargeable to service tax? It is the common question that is raised, the answer to it is “No” if Place of provision is outside India, however other benefits will not be available.

(Author is a CA Final Student from Delhi and can be reached at jat.grover44@gmail.com) 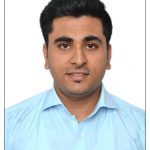 CbCR- Advanced Analysis
CBCR: Why Such Reporting, By Whom, When, What Are the Difficulties and Benefits
For TDS, Employee Now Have An Option to Opt For Lower Regime, But Is It Worth?
DDT Abolition & TDS on dividend to Non-Resident Investors
House Property Remained Vacant – Check Out How to Calculate Your Income Tax Liability
View More Published Posts