‘Reason to Suspect’ Vs. ‘Reason to Believe’ in Search & Seizure

‘Reason to Suspect’ Vs. ‘Reason to Believe’ in Search & Seizure

It is receipt of some definite information by the department which results into initiation of search. This information leads to formation of “reason to suspect” and in turn “reason to believe”, to anticipate a breach or non-compliance of summons, notice or non- disclosure of assets or income under section 132.

“Reason to believe” is a common feature in taxing statutes. Since search is serious invasion upon the rights, privacy and freedom of the taxpayer, recording of “reason to believe” has been considered to be the most salutary safeguard on the exercise of power by the officer concerned.

The expression “reason to believe” is made of two words “reason” and “to believe”. The word “reason” means cause or justification and the word “believe” means to accept as true or to have faith in it. Before the officer has faith or accepts a fact to exist, there must be a justification for it.

The condition precedent for search is “reason to believe” under section 132 of the Act. The expression “reason to believe” postulates belief and the existence of reasons for that belief. The belief must be held in good faith. It cannot be merely a pretence. It is true to say that the expression “reason to believe” does not mean purely subjective satisfaction on the part of the authority in making the search but the reasons for the belief must have a rational connection or a relevant bearing for the formation of the belief, not extraneous or irrelevant for the said purpose.

As per section 132(1), where designated authorities in consequences of information in his possession, has reason to believe that –

(b) any person to whom a summons or notice as aforesaid has been or might be issued will not, or would not, produce or cause to be produced, any books of account or other documents which will be useful for, or relevant to, any proceeding under this Act, or

It is evident from the plain language of the provision that there must be information in the possession of such designated officer.

Which information is actionable:

Delhi High Court in the case of L. R. Gupta v. Union of India [1992] 194 ITR 32 (Delhi), has held that the ”information” must be something more than mere rumour or a gossip or a hunch. There must be some material, which can be regarded as information, which must exist on the file, on the basis of which the authorising officer can have reason to believe that action under Section 132 is called for any of the reasons mentioned in Clauses (a), (b) or (c). When an action of the issuance of authorisation under Section 132 is challenged in a Court it will be open to the petitioner to contend that on the facts or information disclosed, no reasonable person could have come to the conclusion that action under Section 132 was called for.

Challenging the “reason to believe”:

Delhi High Court in the case of L. R. Gupta v. Union of India [1992] 194 ITR 32 (Delhi), has held that “When an action of the issuance of authorisation under Section 132 is challenged in a Court it will be open to the petitioner to contend that on the facts or information disclosed, no reasonable person could have come to the conclusion that action under Section 132 was called for. The opinion which has to be formed is subjective and, therefore, the jurisdiction of the Court to interfere is very limited. A Court will not act as an Appellate Authority and examine, meticulously, the information in order to decide, for itself, whether an action under Section 132 is called for. But the Court would be acting within jurisdiction in seeing whether the act of issuance of an authorisation under Section 132 is arbitrary or malafide or whether the satisfaction which is recorded is such which shows lack of application of mind by the Appropriate Authority. The reason to believe must be tangible in law and if the information or the reason has no nexus with the belief or there is no material or tangible information for the formation of the belief, then in such a case action taken under Section 132 would be regarded as bad in law.

Similar observation has been made by Allahabad High Court in the case of Ganga Prasad Maheshwari v. CIT [1983] 139 ITR 1043, where it was held that that the belief may not be open to scrutiny as it is the final conclusion arrived at by the officer concerned, as a result of mental exercise made by him on the information received. But, the reason due to which the decision is reached can always be examined. When it is said that reason to believe is not open to scrutiny what is meant is that the satisfaction arrived at by the officer concerned is immune from challenge but where the satisfaction is not based on any material or it cannot withstand the test of reason, which is an integral part of it, then it falls through and the court is empowered to strike it down. Belief may be subjective but reason is objective.

Recording of reasons to believe:

Rule 112(2) had been amended with effect from 01.10.1975 which originally provided for recording of reasons for issue of warrant of authorisation. Now as per rules, the reasons are not required to be recorded. However, courts have been insisting for recording of the reasons, since by the exercise of the power a serious invasion is made upon the rights, privacy and freedom of the taxpayer, the power must be exercised strictly in accordance with the law and only for the purposes for which the law authorizes it to be exercised.

Where reason to believe has been held to be only reasons to suspect:

In this case, sole ground for the action of search and seizure is that the Investigation Wing of the Income Tax department was in possession of credible information that Petitioner was in possession of jewellery which represents his undisclosed income or property. Apart from mere reproduction of the said words, no cogent basis for arriving at this conclusion is discernible from the satisfaction note. There is plethora of case law holding that the term “reason to believe” cannot be interpreted and construed as “reason to suspect”. The reason to suspect that the Petitioner has undisclosed assets, and that there is likelihood that the same would not be disclosed, does not amount to saying that there are reasons to believe that the Petitioner is in possession of undisclosed assets, and intends to evade tax.

Communication of reasons to believe to the assessee:

Explanation to section 132(1) specifically prohibits the disclosing of reasons to believe recorded by the income tax authority to any person, any authority or the Appellate Authority. However, there is no bar in providing the reasons recorded to the courts.

Further Explanation to section 132(1A) specifically prohibits disclosing of reasons to suspect recorded by the income tax authority to any person, any authority or the Appellate Authority. However, there is no bar in providing the reasons recorded to the courts.

(i) The authority must have information in its possession, on the basis of which a reasonable belief can be founded that—

(b) Such person is in possession of any money, bullion, jewellery or other valuable article which represents either wholly or partly income or property which has not been or would not be disclosed.

(ii) Such information must be in possession of the authorized official before the opinion is formed.

(iii) There must be application of mind to the material and the formation of opinion must be honest and bona fide. Consideration of any extraneous or irrelevant material will vitiate the belief/satisfaction.

(iv) Though rule 112(2) of the Income-tax Rules which specifically prescribes the necessity of recording of reasons before issuing a warrant of authorization had been repealed on and from 1-10-1975, the reasons for the belief found should be recorded.

(v) The reasons, however, need not be communicated to the person against whom the warrant is issued at that stage.

(vi) Such reasons, however, may have to be placed before the Court in the event of a challenge to formation of the belief of the authorized official in which event the court (exercising jurisdiction under article 226) would be entitled to examine the relevance of the reasons for the formation of the belief though not the sufficiency or adequacy thereof.

Information received from any source can lead to suspicion only, how highly placed sources may be. The officer has to reach to a level of satisfaction, where the suspicion can get transformed in reason to believe before initiating any action under section 132. It must always be remembered that power given to department is not arbitrary, but it has to withstand the examination of the court. Therefore, there must be coherent basis and live link between the information and reason to believe. 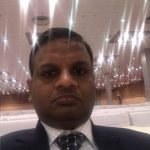