Everyone is conversant with the proverb ‘Old wine in new bottles‘.  On similar lines, the Finance Act, 2020 shifts the incidence of taxation of dividends in the hands of shareholders by abolishing the DDT regime.  Under the new regime (effective 1 April 2020), the dividends earned by foreign shareholders are usually subject to a tax rate of 20% (plus applicable surcharge and cess) under S.195 read with S.115A of Income-tax Act, 1961 subject to beneficial rates under tax treaties.

It would be interesting to evaluate the interplay of tax rate of dividend among different tax treaties and analyse whether a non-resident shareholder can reduce its tax exposure even below the negotiated tax rate for dividend under the applicable tax treaties.  This would help the non-resident investor to manage its working capital effectively by reducing the tax obligation.

Under the context of tax treaties, an MFN clause is incorporated where one of the contracting countries decide to grant MFN status to the other contracting country in relation to specified income streams.  The residents of the MFN country are given the same beneficial treatment that India has extended to a resident of a third country (OECD countries).  The beneficial treatment is accorded in form of lower rate of tax or restricted scope.  The MFN clause is intended to provide a level playing field to all the OECD members.

The MFN clause in a tax treaty entitles the eligible tax residents to adopt the beneficial treatment (by way of lower rate or restricted scope) accorded to a third country (OECD members). The tax rate under dividend article in most tax treaties usually ranges around 10%-15%. By virtue of MFN clause, the negotiated tax rate of dividend of 10% or 15% can be further reduced say to 5%.

Tax treaties of Netherlands, France, Hungary and Sweden can invoke the MFN clause automatically pertaining to lower rate and restricted scope of dividend.  In case of Finland, for application of MFN clause there is a requirement of formal notification between the contracted countries. As regards Switzerland, the MFN benefit is applicable only for lower rate of dividend on automatic basis.

An interesting question arises with respect to selection of country for adopting favourable tax rate of 5%. Generally, the MFN analysis for dividend article is restricted to adoption of favourable rates from Slovenia/Lithuania tax treaties.

A comparative table showing relevant extract from tax treaties of Slovenia, Lithuania and Columbia is reproduced below:

It is pertinent to note that Columbia has become an OECD member on 28 April 2020.  The rate of 5% under India-Columbia tax treaty (unlike Slovenia/Lithuania) is not subject to condition of any minimum shareholding in the company declaring dividend.  Further, Article 8 of MLI is applicable to India-Slovenia tax treaty and hence an additional condition of minimum holding period of 365 days shall apply.  Also, Lithuania has reserved its right on Article 8 of MLI.

Considering that there is no condition of minimum shareholding and MLI impact, India-Columbia tax treaty is likely to be beneficial while conducting the MFN analysis. 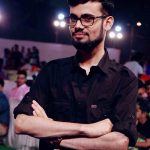 Clarifications in respect of the Direct Tax Vivad se Vishwas Act, 2020
Date of initiation of search assessment has to be reckoned from date of receiving books of account
No Addition on Royalty for Database Access License as per Indo-Swiss Tax Treaty
No Addition u/s 14A for Non Consideration of  Share Application Money as Investment Yielding Exempt Income
Section 37: Mark to Market Loss due to Foreign Exchange Allowed
Cancel reply