Are you creating a Dependent PE taxable in India by appointing a sales agent in India ?

A foreign entity in Japan is appointing an sales agent in India to market and sell their products. They are not setting up an Indian entity, not hiring an employee in India but only appointing a full time agent in India. Can such a person be construed as a permanent establishment (PE) for the Japanese entity in India? The answer is YES !

In this article we have discussed provisions applicable to such agents including:

As per Section 92F (iiia) of Domestic Tax Act (DTA), “Permanent establishment” includes a fixed place of business through which the business of the enterprise is wholly or partly carried on.

(a) a place of management ;

(f) a mine, an oil or gas well, a quarry or any other place of extraction of natural resources ;

(g) a warehouse in relation to a person providing storage facilities for others;

(i) a store or other sales outlet ; and

(j) an installation or structure used for the exploration of natural resources, but only if so used for a period of more than six months.

As per clause 7 of Article 5 of the DTAA:

(a) he has and habitually exercises in that Contracting State an authority to conclude contracts on behalf of the enterprise, unless his activities are limited to those mentioned in paragraph 6 which, if exercised through a fixed place of business, would not make this fixed place of business a permanent establishment under the provisions of that paragraph; or

In this article we are concentrating on Dependent PE or a PE where an individual agent can be construed as a PE of a foreign entity in India.

An agent or an entity working for a foreign enterprise does not necessarily create “dependent agency” permanent establishment. One of the essential pre-requisites in such situations is that the agent must have the authority and he habitually must be exercising authority to conclude contracts on behalf of the foreign enterprise.

If he has no such authority but maintains stock of goods from which he delivers regularly on behalf of foreign enterprise or he habitually secures orders for the foreign enterprise and its group entities; he may also be considered to be a dependent agent. Therefore, undertaking activities like concluding contracts, holding stock of goods from which deliveries are made or securing orders wholly or almost wholly can lead to a dependent agency.

The agreements signed between Indian agents and foreign entities should be strengthened to ensure that the Indian agent does not hold any stock of goods in India from which deliveries can be made. His role should be only in making introductions/ providing leads to prospective buyers and undertaking only administrative work in India. Contract negotiations and terms should be decided between the foreign entity and Indian buyer directly. Also in certain cases, efforts from Indian agent that lead to ultimate signing of contract, may construe PE in India. Further the title/ risk in goods should directly be passed on from foreign entity to buyer in India. Indian buyers should also be able to directly approach foreign entity and not indirectly through Indian Agent.

3. True test of the dependence was whether activities of Indian agent were devoted wholly or almost wholly for the foreign company.

Therefore, keeping the above in mind, we will need to ensure that the Indian agent should never be absolutely barred from selling products of other foreign companies. It would in fact be better if other products are sold by such entity as an independent agent. Further the provisions with regards to selling products of competition should not be too restrictive.

Further clause 8 of the said Article deals with Independent agent, adds the following:

“An enterprise shall not be deemed to have a permanent establishment in a Contracting State merely because it carries on business in that Contracting State through a broker, general commission agent or any other agent of an independent status, provided that such persons are acting in the ordinary course of their business.”

Therefore, an enterprise shall not be deemed to have a permanent establishment in a contracting state merely because it carries on business in that contracting state through a broker, general commission agent or any other agent of an independent status, provided that such persons are acting in the ordinary course of their business.

Please note that in case of certain treaties entered into with India (for example India Singapore DTAA and India USA DTAA), there is a specific clause which provides “However, when the activities of such an agent are devoted wholly or almost wholly on behalf of that enterprise itself or……., he will not be considered an agent of an independent status within the meaning of this paragraph”.

If we undertake a detailed reading of the India Japan DTAA such clause has not been incorporated in clause 8 which deals with independent agent but has been included in clause 7 (dependent agent) of the said article. India has further specifically expressed to the OECD in its reservations to interpretations that it reserves the right to make it clear that an agent whose activities are conducted wholly or almost wholly on behalf of a single enterprise will not be considered an agent of an independent status.

Therefore, only if the agent has revenue from other sources and devotes time to other activities it would be considered independent. There are high chances of the Indian revenue department contesting the independent nature in a case where revenue of Indian agent would be entirely or mostly received from the same foreign entity or activities undertaken are mostly for the foreign entity.

In the situation, where the Indian Agent is not required to act ONLY for a foreign entity and can pursue other activities excluding the ones mentioned in “Non-Competition” clause, he may not be considered legally dependent on the foreign entity.

Further, an agent is not considered independent of an enterprise (the principal) if his activities are devoted wholly or almost wholly on behalf of that enterprise. If an agent works exclusively for or earns revenue from a single principal, then that would generally indicate that the agent is economically dependent on the principal.

In the current case if the Indian agent is deriving whole or almost whole of its business and profits from the Japanese business it may be considered a case of economic dependence resulting in Permanent Establishment for the Japanese entity in India. In order to ensure such a Permanent Establishment is not formed it should be ensured that the Indian agent is not solely dependent on one foreign business for its revenue. For an agent to be independent, it should be ensured that he is not solely dependent on single entity for its revenues and profits.

If a foreign entity sells products worth 1000 USD and earns a 20% margin; Indian tax authorities may attribute part of profits (10-35% to Indian agent’s efforts) and tax USD 20-70 in India. The tax on the above transaction (USD 1000) would be approximately USD 8-22. Therefore it would always be advisable to review the agreements signed between Indian agent and foreign entity. Also ensuring independent nature of the agent would be very important.

Further in certain cases, foreign companies obtain Advance ruling from the Authority of Advance Ruling (AAR) to ascertain the position tax authorities will take for their specific transaction.

In case you require any further details on the above, our team will be happy to assist you with your queries. Please feel free to directly contact me at paramnoor.singh@r-arora.com . 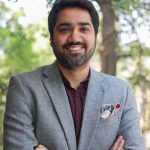 Join Live Online Courses on Customs, FTP & Income Tax
Extension of Tax Audit and ITR Due dates is a welcome Move
Advance Towards Sale of Property for Commercial & Business Purpose Can’t be Treated as Deemed Dividend
TPA to Deduct section 194J TDS on Payments to Hospitals
Entire Purchase cannot be disallowed by Considering it as Bogus
Cancel reply