The vast sweep of Indian Textiles extends from the hand-woven sector on one end to the capital intensive mill sector on the other. The segments include the decentralised powerlooms, hosiery and knitting sectors; the handloom and handicrafts segments; as also the wide range of fabrics which include man-made fibres, cotton, silk, jute and wool.

Textiles for many decades have been enjoying tax exemption and have been part of unorganised economy. GST council in its meeting held on June 3, 2017 finalized rates on textile sector. The details of which is as mentioned below :

Job work related to textile industry was put under the slab of 18% as mentioned above.

Further, there was a condition which is mentioned against the rate of fabric that no refund of Input tax credit overflow will be allowed. The retrograde impact of putting the Job work under 18%  was giving composite unit an edge over others. Difference of 13 % i.e. 18-5 % led to competitive advantage for composite units over job workers.Hence, disrupting the basic concept of level playing field.

Now, Job worker generally takes the inward supply of chemical, packing material, loading unloading services etc, the applicable rate on such goods or services are as mentioned below:

From above, it can be aptly concluded that there will be credit accumulation with Job worker since the rate of outward supply is 5% and rate of inward supply is generally 18%.

Now the moot question is : Whether the job worker can claim the refund of such accumulated input tax credit?

In my considered view, job worker can claim the refund of accumulated credit since there is no specific restriction which prohibits Job worker unlike Fabric. It can be safely concluded that intention of the Government is to allow refund since the provisions have been clear wrt Input Tax Credit.

This refund shall be challenge for the industry as well as professionals,  since this segment is pre-dominantly with unorganised sector and as our Finance Minister mentioned our society is largely tax non-complaint society, it will have to be seen whether the intent is achieved or not?

(Author is a Practicing Chartered Accountant in Service tax from Ahmedabad and can be reached at abhishekrchopra@gmail.com) 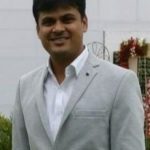 Name: CA Abhishek Chopra
Qualification: CA in Practice
Company: ABHISHEK CHOPRA AND ASSOCIATES
Location: AHMEDABAD, Gujarat, IN
Member Since: 26 May 2019 | Total Posts: 13
Abhishek Chopra & Associates (ACA) is a young firm that is geared to offer services in relation to ever changing field of indirect taxation. ACA represent a coalition of specialized skills that offer services in the field of GST, Customs, Foreign Trade Policy and Export Incentives including refu View Full Profile