Changes in Provision for Interest on Delayed payment of GST

Changes in Interest on Delayed payment of GST

Hello friends greetings for the day, in the current article we will discuss about interest on delayed payment of tax and we will also discuss about the changes which are being brought in by the “Union Budget” 2019. The union budget has catered the hardship being faced by the suppliers registered under GST acts for the payment of interest on Output GST.

As per section 50(1) of CGST Act 2017, every person who is liable to pay tax in accordance with the provisions of this act or rules made thereunder but fails to pay tax or any part thereof to the government within the prescribed time then he shall for the period for which the tax or any part thereof remains unpaid, pay on his own “Interest at such rate” not exceeding eighteen per cent as may be notified by the government on the recommendation of the council.

As per section 50(1) read with notification no 13/2017 is can be said that if any supplier who is liable to pay tax under this act but fails to pay tax to the government. Supplier has to file GSTR 3/3B and last date to file is 20th of the next month so he has to pay the tax to government before or upto the date of 20th of next month. However if supplier is not able to pay the tax uptu the prescribed time limit then he is liable to pay interest at the rate of 18% for period for which tax or any part remains unpaid.

COMPUTATION OF PERIOD FOR INTEREST CALCULATION

As per section 50(2) of CGST Act 2017, the interest under sub-section (1) shall be calculated in such manner as may be prescribed, from the day succeeding the day on which such tax was due to be paid.

The union budget has provided relief under GST, because before the amendment was passed interest has always been charged on the entire amount if the amount has been paid after the Due date. This was long due because the hardship was being felt by the suppliers at large because the interest needed to be paid on the full amount even when actual cash has not been paid.

Before amendment for Interest on delayed payment

Case 1 Suppose Mr.A has the following liabilities who is under 18% tax rate supplier.

In the above example we can see that even though payment made through cash is of 3,000 only. Then also interest needed to be paid on whole amount of tax liability i.e 18,000. Interest on late payment has been calculated for 20 days @18%.

After amendment for Interest on delayed payment

Case 1 Suppose Mr.A has the following liabilities who is under 18% tax rate supplier.

In the above example relief has been provided by the government and hence interest needs to be paid on the net amount. In the given situation the net amount is 3,000 hence “Interest on delayed payment” would be calculated on 3,000 only.

We can see how this amendment will bring about a reduced interest liability for taxpayers, and a nil liability in cases where only input tax credit has been used. This will greatly benefit taxpayers who will no longer have to bear the burden of interest to the extent of liability set off from ITC.

However it should be kept in mind that this benefit will not extend to those cases where proceedings have been initiated under Section 73 and Section 74, i.e if there is a pending investigation and tax is due, interest shall have to be paid on the gross tax liability.

In case of any doubts in the current topic or provisions of Indirect taxation (GST and CUSTOMS) then you may contact us at abhutpurv@gmail.com 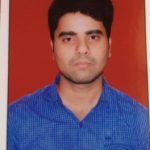