E-Way Bill is an Electronic Way bill for movement of goods to be generated on the e-Way Bill Portal. The provisions governing E-way bill are provided in Rule 138 of CGST Rules, 2017.

Below are the various provisions of E-way Bill in simplified language to help the audience in understanding the nitty-gritties of the EWB provisions.

Before commencement of movement -> fill Part A of Form GST EWB-01 electronically on common portal -> a Unique number will be generated.

Alternatively, a transporter on authorization received from the Registered Person may furnish the information in Part A of Form GST EWB-01.

* If the goods are transported through Rail, the railways should not deliver the goods unless the EWB required is not furnished at the time of delivery.

> E-way bill shall not be valid unless the information in Part-B is not furnished. Part-B is not required to be filled if the goods are transported within the state and:

On authorization from the consignor, e-commerce operator/ courier agency may generate the E-way bill in Form GST EWB-01.

Conditions where EWB is required even if consignment value is less than Rs. 50,000/-

Generation of e-way bill even if not required

Where goods are transferred from one conveyance to another, then the consignor/ consignee or transporter shall update the details of conveyance in Part-B before commencing further movement of goods.

Assigning E-way bill to other transporter

Determination of validity of e-way bill

It can be explained with the help of following example:

Situations where e-way bill is not required

Information to be furnished in e-way bill

Bill to Ship to Model 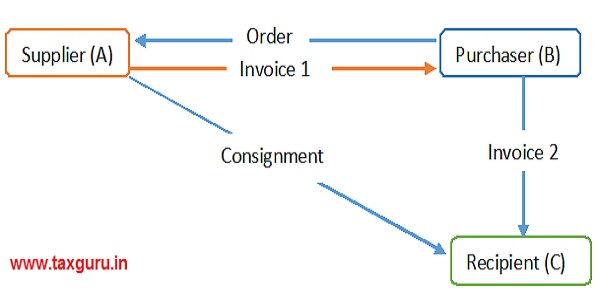 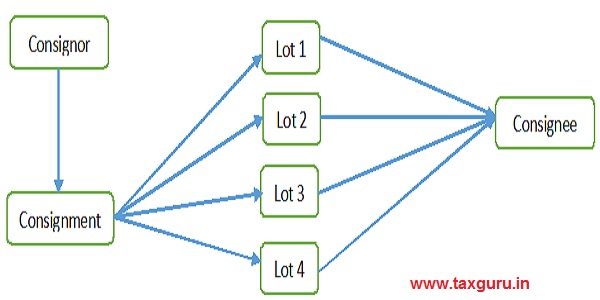