Banks are institutions that accept and manage deposits of money from people and also offer credit—or loans—to clients.

So, under GST regime it is very important to make specific provisions related to financial sectors.

However, Goods and services tax act 2017 has clarified that:-

“A banking company or a financial institution including a non-banking financial company, engaged in supplying services by way of accepting deposits, extending loans or advance shall have the option to either comply with the provisions of sub-section (2), or avail of, every month, an amount equal to fifty percent of the eligible input tax credit on inputs, capital goods and input services in that month and rest shall lapse”

As per AAR (Gujrat) in case of M/s. National Dairy Development Board. We will get clarity on the definition of ” Financial Instituion”

Brief facts :-  The applicant, NDDB, is a statutory body constituted by an Act of Parliament, namely the National Dairy Development Board Act, 1987 (NDDB Act); the objectives of NDDB include promoting dairy and other agriculture based industries; and the activities undertaken by NDDB, to fulfill its objectives, not only include technical or administration assistance but also financial assistance. The applicant further submitted that apart from above, as per sub-section (5) of section 16 of the NDDB Act, it can participate, with the prior approval of the Central Government, in any organization, financially, managerially or in any other manner.

Whether NDDB can be considered as financial institution for the purpose of availing credit to the extent of fifty percent of input tax credit, as prescribed in Section 17 of CGST Act, 2017?

Submission By Applicant:-  1) The applicant stated that there is no provision which states or defines what could be considered as financial institution or the law is silent on this count, for the purpose of eligibility of input tax credit. The applicant stated further that Rule 2(bd) of the erstwhile Services Tax Rules,1994 defined “financial  institution‟ as follows-

“financial institution’ has the meaning assigned to it in clause (c) of section 45-I of the Reserve Bank of India Act, 1934.”

3) The applicant further stated that based on the provisions in respect of  “public financial institution‟ given under the Companies Act, 2013, the Government vide Notification Reference SO 219 (E) dated 23.2.2004 has prescribed NDDB as Public Financial Institution. It is further stated that by virtue of that provision, the applicant is well considered as public financial institution which needs analysis to see  whether the applicant is eligible to avail benefit of lump-sum input tax credit.

Facts and Findings – As per Concerned Officer:-

1) We find that objectives of NDDB include promoting dairy and other agriculture based industries and to fulfill its objectives NDDB undertakes the activities in the form of technical or administrative assistance and financial assistance. Further, NDDB Act, 1987 is found to have specifically authorized NDDB to undertake the activity of financing including lending and borrowing money for diverse purpose.

2) The applicant is found to have stated that there is no provision which states or defines what could be considered as financial institution in GST law, for the purpose of eligibility of input tax credit. But we observe that the phrase „financial institution‟ has been defined under Section 13(8) (c) of IGST Act, 2017 as under-

“(c) „Financial institution” shall have the same meaning as assigned to it in clause (c) of section 45-I of the Reserve Bank of India Act, 1934,”

It is relevant now to examine the meaning assigned to the word „financial institution‟ in clause (c) of Section 45-I of Reserve Bank of India Act, 1934. As per the said clause of RBI Act, “financial Institution‟ is defined as under-

“Financial Institution” means any non-banking institution which carries on as its business or part of its business any of the following activities, namely:

(i) The financing, whether by way of making loans or advances or otherwise, of any activity other than its own;

It would be seen that as per the activities performed by the applicant, narrated above, NDDB can be considered as a financial institution as they seem to be satisfying the requirement as provided in Section 45-I(C) of the RBI Act. Besides, NDDB is also declared as a „public of financial institution‟ under the company Act vide Notification No. So 219 (E) dated 23.02.2004. 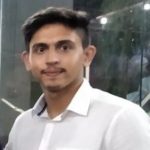 Confusion on definition 2(62) ” Input Tax”
Confusion on Section 22 – Person liable for GST registration
Is GST registration threshold limit is one time or for every financial year?
Issue on refund of ‘excess payment of tax’ under GST act
Whether section 14A disallowance is related to Income Earning
View More Published Posts