With the ever improving world of technology, the various mobile payment methods are becoming a preferred mode of payment for a large number of consumers. Amongst the popular payment methods, Mobile-Wallets are the ones that have gained momentum. The ease of using e-wallets as a substitute to physical wallets has made M-Wallets as one of the most convenient ways of making payment through the use of mobile phones.

Providing mobile merely as means to do the transaction through different modes of payments like net-banking and credit cards, Mobile-Wallets use mobile phones as prepaid accounts where one can store money which can be used for transactions. They are known as pre-paid instruments, where one can pre-pay the money and store it in the e-wallet/instrument which can be further used to make payments later. The pre-paid instruments can be issued as smart cards, magnetic stripe cards, internet accounts, internet wallets, mobile accounts, mobile wallets, paper vouchers and any such instrument which can be used to access the pre-paid amount, collectively called Prepaid Payment Instruments (PPIs).

Under this vendor and issuer are same, For example, Banks and their own payment gateways.

Semi-Closed wallets are redeemable at a group of clearly identified merchants that contract specifically with the issuer to accept the payment instrument. The third-party is involved here. In this issuer takes money from the customer, and then uses this money to pay to the merchants. Money can be paid through these instruments and it cannot be withdrawn.

According to the current legal framework, only banks are allowed to issue open instruments. It can also be used to withdraw money. For example, Digital Credit Cards are issued by Banks.

Recently, there is a spurt in the market participants, including Non-Banking Financial Companies (NBFCs), who have availed the license for providing payment wallet services under the governing laws and provisions. NBFCs are authorized to issue closed and semi closed systems including mobile based pre-paid instruments. NBFCs complying with the capital adequacy requirements are allowed to issue PPIs.

Gold-loan NBFCs which had registered a 40-50% decline in business since demonetisation was announced on November 8, 2017 are now encouraging their customers to use netbanking, debit cards and e-wallets for repayments. There is no denying that demonetization caused a shortage of cash in the market. Some customers faced problems in making repayments because the old notes were not accepted. The NBFCs are encouraging them to pay using online tools.

While Prime Minister Narendra Modi’s November 8, 2016 speech announcing the currency ban move served as a bonanza for digital payment and mobile wallet companies, his New Year eve speech has opened up opportunities for digital lending players, including startups in the space. The PM had announced the inclusion of NBFCs in the credit guarantee scheme for small, medium and micro enterprises (SMEs) and also extended the scheme for loans up to Rs 2 crore. The credit guarantee scheme for SMEs was so far open only for banks, and the inclusion will help new-age online NBFCs to reach out to more borrowers.

Earlier only Banks and NBFCs were allowed to use the prepaid instrument for online payment. Recently RBI  has passed a master circular giving permission to 197 companies to operate online pre-paid instruments.

A framework is provided for working on pre-paid instruments and online payment systems under the Payments and Settlements Act, 2007. It also provides provisions for appropriate licenses, dispute settlement mechanism, as well as penalties in case of non-compliances. While there are appropriate provisions, but there is no proactive implementation of the said provisions by the stakeholders. Various Companies are regularly flouting the mechanisms by not following the KYC Guidelines, Money Laundering Norms etc.

In this era of technology and e-payments, it is required to prepare solid online systems to make sure that any company or  NBFC is not able to bypass the stringent norms stated under Payments and Settlements Act, 2007 and rules therein. However,

Compliance by some good NBFCs is setting best practices for emulation 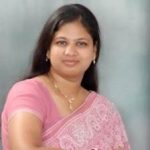