Let us examine two latest Judgements decided by The High Court of Judicature at Bombay dated 22nd January 2020 and 29th January 2020 involving facts where assessing officers invoked section 68 of the Income Tax Act 1961 while making additions to the returned income.

What is section 68 of the Income Tax Act 1961 and why presently is it considered a hot topic?

In simple words, this section empowers an assessing officer, in case not satisfied with the explanations provided by the assessee, can add any unexplained deposit made in the bank account of an assessee during any previous year in his income and levy tax accordingly. Further, in the case of any unexplained sum deposited in the bank account of a company ( not being a company in which the public are substantially interested ) as share application money, share capital, share premium or any such amount by whatever name called, if not explained in the manner provided in the section and/or where assessing officer is not satisfied may be added to the returned income and taxed accordingly.

This section became a bone of contention between the assessee and the assessing officer. Due to differences in interpretation of section 68 and the process/manner of offering explanations by assessees and the way the information was verified and accepted by the assessing officers’ additions were made in the returned income of n-number of assessees resulting in a dispute. To resolve such disputes among the assessees and the department, the aggrieved parties preferred appeals starting from Commissioner of Appeals and finally getting solution/relief from the Hon’ble Supreme court.

In the case of Mr. Gaurav Triyugi Singh (Appellant) Vs. The Income Tax officer Mumbai (Respondent), Income Tax Appeal no. 1750 of 2017, the Hon’ble High Court of Bombay decided the appeal in the favor of the assessee and against the department.

Aggrieved appellant filed an appeal before the Hon’ble High Court. The observation made by the court, after considering the facts, was that under section 68 “it is necessary for an assessee to prove prima facie the transaction which results in cash credit in his books of account. Such proof would include proof of the identity of the creditor, capacity of such creditor to advance the money and lastly, genuineness of the transaction. Thus, in order to establish receipt of credit in cash, as per the requirement of section 68, the assessee has to explain or satisfy three conditions, namely:

Similarly, in the case of Pr. Commissioner Vs Ami Industries (India) P Ltd, Income Tax Appeal No. 1231 of 2017, The Hon’ble High Court of Judicature at Bombay on January 29th, 2020 decided the case in favor of the assessee and against the revenue on the similar principles of law by saying:

“As per the provisions of Section 68 of the Act, for any cash credit appearing in the books of assessee, the assessee is required to prove the following-

(a) Identity of the creditor

(b) Genuineness of the transaction

(c) Credit-worthiness of the party

(i) In this case, the assessee has already proved the identity of the share applicant by furnishing their PAN, copy of IT return filed for asst. the year 2010-11.

(iii) Regarding the credit-worthiness of the party, it has been proved from the bank account of these three companies that they had the funds to make payment for share application money and copy of resolution passed in the meeting of their Board of Directors.

(v) Assessing Officer has not brought any cogent material or evidence on record to indicate that the shareholders were benamidars or fictitious persons or that any part of the share capital represents the company’s own income from undisclosed sources.

Accordingly, no addition can be made u/s.68 of the Act. In view of the above reasoned factual finding of CIT(A) needs no interference from our side. We uphold the same.”

From the above two judgments, it is now a settled law that the responsibility to prove the source of the source lies with the revenue authority and not of the assessee. The responsibility, under section 68 of the income tax 1961, of the assessee is to prove the identity of the creditor, genuineness of the transactions and credit-worthiness of the creditor.

The author is an income tax practitioner and can be reached at: dilip@rklegal.org 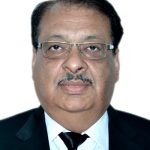