Undisclosed foreign assets of a person who is a resident other than not ordinarily resident in India within the meaning of clause (6) of section 6 of the Income-tax Act.

Rate of tax and penalty:-

Declaration not eligible in certain cases:-

Circumstances where declaration shall be invalid:-

(Author can be reached at  [email protected]) 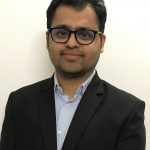