Mallcom India Limited has filed a writ petition vide WPMS No. 1206 of 2021 before the Hon’ble Uttarakhand High Court seeking refund of tax coercively recovered by the GST Department without issue of show cause notice and without following the due process of law wherein the core issue in dispute is whether reversal of input tax credit can be demanded from the recipient because of misclassification of goods by the supplier by charging tax @ 28% instead of 18%.

It was submitted that whatever ITC was claimed by the petitioner is what was paid by the supplying unit and consequently there was no actual loss of revenue to the exchequer. It was argues that it is a revenue neutral situation. It was submitted that it has been held in plethora of cases that tax paid at the supplier end cannot be contested or challenged at the recipient end. It was further argued that the classification of a chapter heading cannot be determined at the recipient’s end. Accordingly, it was submitted that the demand of ITC from the petitioner due to misclassification by the supplier was bad in law.

The Hon’ble Uttarakhand High Court vide its Order dated 30th June, 2021, issued notice to the respondents to file counter affidavit by four weeks and to file rejoinder affidavit thereto, if any, by two weeks thereafter. Further, it listed the matter for hearing after six weeks.

FULL TEXT OF THE JUDGMENT/ORDER OF UTTARAKHAND  HIGH COURT

Heard learned counsel for the parties through video conferencing.

Learned counsel for the respondents prays for and is granted four weeks’ time to file counter affidavit.

Rejoinder affidavit, if any, may be filed within two weeks thereafter. 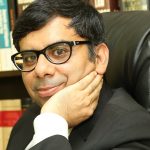