GSTR-3B “late fee waiver”: a relief to the few, unjust to many

The Goods and Services Tax (GST) Council headed by the honourable Finance Minister Smt Nirmala Sitharaman announced ‘waiver of late fees‘ on 12th June 2020, in case of delay in filing of GSTR-3B for the period between July 2017 to January 2020 with details as given below:

The waiver is on the condition that such return should be filed between July 1 till September 30th,2020. 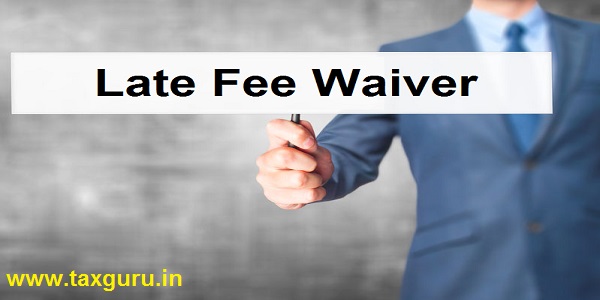 The other Key announcement has been summarised below:

Earlier the late filing of GSTR-3B attracted late fees and interest at 18%.

This decision has been taken to clear up pendency by those assesses who have not filed their returns by due date. This is a step to ensure that a certain discipline is maintained regarding compliance.

However, the waiver of late fees has raised several eyebrows as the defaulters and taxpayers who defaulted on filing GST returns for months, later filed these by paying huge late fees have been shown no leniency for their compliance paying huge late fee, e.g. in a few cases tax liability was not even Rs 2000 but late fee paid was Rs 20000/- . Is not at this stage waiving of this late fee unjust to them?

On the other hand, it shows those who have deliberately delayed filing of their returns for such a long time and evaded the late fees are being rewarded by waiving off the fees and capping it to Rs 500 in case of liability.

This situation due to the pandemic arises now but their tax payable and penalty outstanding is much more before this critical situation.

Earlier also on December 31st2018 through a notification; late fee for not furnishing of GSTR-3B return for the period July 2017 to September 2018 by due date was totally waived, if such returns were filed during December 22, 2018 till March,2019. This decision was also taken with the vision of clearing up pendency in return filing. It is pertinent to mention here that neither any notification has been issued till date for refunding late fee deposited by assessees who had filed their return with some delay nor has any adjustment been carried out.

This is sheer injustice with the taxpayers who had paid huge amount of fees from their hard-earned money. Such “late fee waiver” is in interest of the few and would promote indiscipline among the taxpayers in the society and leniency in compliance of laws.