Now a days suppliers are getting various notices / advisory in emails with regard to reversal of credit due to late filling of GST return. It has created panic among tax payers due to possibility of loss of huge input tax credit.

To gain professional knowledge and to represent at various authorities about Section 16(4) , following analysis can be helpful.

Generally professionals present one of argument  in submission to defend the matter is Input tax credit is vested right of the tax payer and he cannot be deprived by such right due to limitation of time. It is based on EICHER MOTORS Case (Transfer Case (civil)  7-8 of 1998) where supreme court has struck down Rule 57F of central excise Act under which credit lying unutilized stood lapsed in the manner set out therein. Hence, supreme court has struck down the rule as credit already availed is your vested right.

Limitation of time period to claim input tax credit was also in existence before GST law. To illustrate ,

2. Section 19(11) of Tamilnadu VAT Act has also prescribed time limit as before end of financial year or 90 days from purchase of whichever is later.

We would like to mention one of the case in TN VAT Act,

Supreme court in the above judgement has held that input tax credit is concession that is provided to dealer to adjust its output liability. The   benefits   envisaged   in   the   taxing   statute had   to   be extended   as   per   the   restrictions   and conditions   envisaged   therein. Time limit to claim input tax credit was upheld by the court. This may favour revenue in coming litigation matters.

It is also worthwhile to note that The Constitution (One Hundred and First Amendment) Act, 2016 does not mention about word INPUT TAX CREDIT.

16. (1) every registered person shall, subject to such conditions and restrictions as may be prescribed and in the manner specified in Section 49, be entitled to take credit of input tax charged on any supply of goods or services or both to him which are used or intended to be used in the course or furtherance of his business and the said amount shall be credited to the electronic credit ledger of such person.

(2) notwithstanding anything contained in this Section, no registered person shall be entitled to the credit of any input tax in respect of any supply of goods or services or both to him unless,––

(a) he is in possession of a tax invoice or debit note issued by a supplier registered under this Act, or such other tax paying documents as may be prescribed;

(b) he has received the goods or services or both. Explanation.—for the purposes of this clause, it shall be deemed that the registered person has received the goods where the goods are delivered by the supplier to a recipient or any other person on the direction of such registered person, whether Acting as an agent or otherwise, before or during movement of goods, either by way of transfer of documents of title to goods or otherwise;

(c) subject to the provisions of Section 41, the tax charged in respect of such supply has been Actually paid to the government, either in cash or through utilisation of input tax credit admissible in respect of the said supply; and

(d) he has furnished the return under Section 39:

provided that where the goods against an invoice are received in lots or instalments, the registered person shall be entitled to take credit upon receipt of the last lot or instalment:

(4) a registered person shall not be entitled to take input tax credit in respect of any invoice or debit note for supply of goods or services or both after the due date of furnishing of the return under Section 39 for the month of September following the end of financial year to which such invoice or invoice relating to such debit note pertains or furnishing of the relevant annual return, whichever is earlier

We would like to discuss following points in this regard :

1. Section 16(2) starts with non obstante clause to over ride whole Section including Section 16(4).

2. If the purpose of the statute was just to limit input tax credit  by due date of September month return u/s 39 (even if returns of FY are not filed) , the condition of filling of return u/s  39 in Section 16(2) may become inconsistent.

The condition in non obstante clause[16(2)(d)] is to file return.

5. To support this opinion , we further draw your kind attention to the changes in Section 16(4) from draft vetted GST law to final GST law as under:

6. If you read draft vetted law, then there is no ambiguity of the Section 16(4)…. There cannot be any notice / advisory to reverse credit! …. Cheers !

8. If law continued as per old provision then date was getting extended till Actual filling of return for the month of September. To overcome it, it was restricted to due date of the said return.

As per original CGST rules , GSTR 3B was return in lieu of GSTR 3. GSTR 3 was Actual return u/s 39. Gujarat high court, in case of AAP AND CO VS UOI, has quashed press release of government issued in October 2018 clarifying that credit of FY 2017-18 can be taken till due date of GSTR 3B for the month of September 2018.

To overcome judgement, Government came out with retrospective amendment in rules vide notification no. 49/2019 dated 09/10/2019. Amendment treated GSTR 3B as return u/s 39 since inception.

We would like to draw your kind attention to the fact that as per GST Act there is separate definition of return and valid return.

Valid return is return where tax due as per return is paid.

As per Section 39(10), a registered person shall not be allowed to furnish a return for a tax period if the return for any of the previous tax periods has not been furnished by him.

Hence, it is not mandatory to file valid return of previous tax period as per Section 39(10). It means return can be filed if previous return tax is pending.

GSTR 3B , even if made return u/s 39 retrospectively , over ride the provision of Section 39(10). It does not allow to file return without clearing your tax payments.

GSTR 3 had provision to file Part B of the return at later date. Notes to the form are as under ;

11. GSTR-3 filed without discharging complete liability will not be treated as valid return.

12. If taxpayer has filed a return which was not valid earlier and later on, he intends to discharge the remaining liability, then he has to file the Part B of GSTR-3 again

If , GST 3 was introduced as above, most people have filed returns with credit available and they could make balance payment later on.

GST is system driven law. To overcome technical glitches at initial stage Form GSTR 3B was introduced. Due to mandatory condition in form with regard to payment of tax, it became hard for some tax payer due to financial problems.

We hope that judiciary will examine the matters in various writ petitions filed in this regard and deliver Judgement to meet need of Justice.

Views expressed in the article are personal views of authors only. 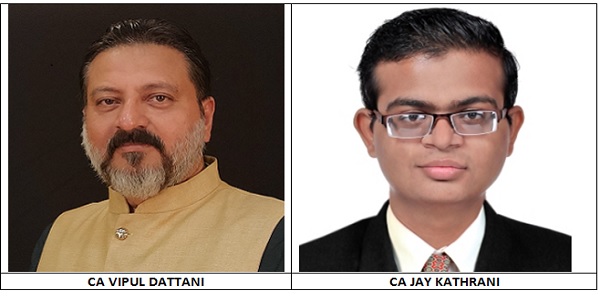