Analysis of Job Work under GST

‘Job work’ is a very significant part of our country’s industry and a much talked about subject among the tax fraternity. A lot of manufactures send the inputs or semi finished goods out for processing and treatment and receive back finished goods after paying labour charges to the job workers.

What is job work?

Under GST regime, Sec. 2(68) of CGST Act, 2017 deals with the definition of job work. It is defined in the Act as ‘any treatment or process undertaken by a person on goods belonging to another registered person and the expression job work shall be construed accordingly’. The person to whom the goods belong is the Principal.

As per section 143 of the CGST Act, 2017, while the principal has to be registered, job worker within the same state may or may not be registered. The Rules identify a threshold limit for registration for a jobworker receiving intrastate goods although it is compulsory for those receiving interstate goods. For all the job workers who are unregistered, the principal is liable to pay tax under reverse charge mechanism. Section 9(4) of the Act envisages that ‘The central tax in respect of the supply of taxable goods or services or both by a supplier, who is not registered, to a registered person shall be paid by such person on reverse charge basis as the recipient and all the provisions of this Act shall apply to such recipient as if he is the person liable for paying the tax in relation to the supply of such goods or services of both.’ Hence, many job workers would now prefer to get themselves registered as the principal would not want to pay tax under RCM method and also if it wishes to supply goods directly from the premises of job worker, registration for the latter is mandatory.

Sec. 19 of the Act envisages a situation where the inputs are purchased by the principal and are directly sent to the job worker without bringing them first to its own premises. Section 16(2) of the Act makes it vivid that in such situation also, the ITC on inputs would be available to the principal. 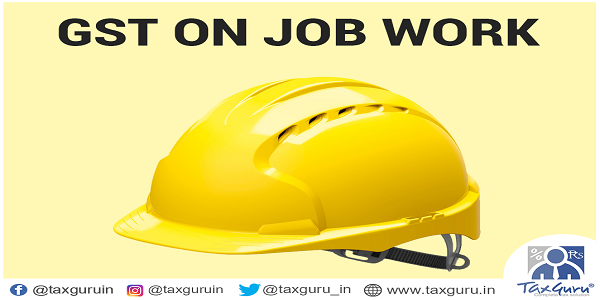 A concept of Challans:

This rule has been amended vide notification No. 14/2018-Central tax dated 23.03.2018 to provide that a job worker may endorse the Challan issued by the principal.  It is now provided that the Challan issued by the principal may be endorsed by the job worker before sending it to another job worker. In case there is piece meal return of quantity by the job worker, it is obligatory that the job worker issues a fresh Challan each time. It is clearly mentioned in sub-rule 3 of Rule 45 that all the details of Challans shall be included in Form GST ITC-04 furnished for that period by the principal on or before the twenty fifth day of the month succeeding the said quarter. The outward supplies are recorded in GSTR-1, for that tax period.

E way BILL- prior to commencement of movement of goods

As per the provisions contained in rule 138 of the CGST Rules, an e-way bill is required to be generated by every registered person who causes movement of goods of consignment value exceeding fifty thousand rupees even in cases where such movement is for reasons other than for supply.  Further, the third proviso to rule 138(1) of the CGST Rules provides that the e-way bill shall be generated either by the principal or by the registered job worker irrespective of the value of the consignment, where goods are sent by a principal located in one State/Union territory to a job worker located in any other State/ Union territory.

Take a hypothetical proposition for comprehending the concept of job work and its various dimensions. Let us suppose  a private company X is engaged in manufacturing of dairy products like Ghee, Butter, Cheese and its registered under GST in Haryana. Another company Y approaches X for conversion of milk to Mozzarella Cheese on job work basis. It is agreed that the input of milk will be supplied free of cost to X by Y. X shall process milk and handover the final product – Mozzarella cheese to y who would have its additional place of business at factory premises of X. In the process of job work “culture” shall be used by X, procured by itself on payment of GST in addition to packaging material for cheese. The two by -products generated after manufacturing cheese are ‘fat and whey’.

On reading this proposition it is evident and patently clear that the entire transaction is covered under the ambit of Section 2(68) of CGST Act, 2017, for the fact that the principal y supplies inputs to job worker X who shall process it. The ownership of inputs remains with Y. The principal is supplying its own material essentially although minor addition made by the job worker in adding culture is permissible. Had the job worker contributed its own material in a substantial way, the said activity would move out of the scope of job work and would constitute manufacturing. It is important that milk supplied for conversion is clearly identifiable and distinguishable at all times in the process of manufacturing and as such there would be no intermingling of either the raw material or the final product.

The job worker is fully entitled to ITC of the GST paid on culture and packaging material under section 16 and 17 of the Act. Since both these items are being used for the use in the course of or furtherance of business of job work which is also taxable, ITC can be availed.

The rate of GST applicable on the proposed activity of converting cheese from milk would be governed by the Notification issued by the Central Govt. bearing Notification No. 11/2017- central Tax ( Rate) dated 28/6/2017 as amended upto date. As per subentry (i) (f) of Entry 26 under the heading 9988, the rate of tax on the processing of all food and food products falling under Chapters 1 to 22 in the First Schedule to the customs Tariff Act, 1975 would be 2.5% CGST and 2.5%  HGST. It is needless to mention here that milk falls under chapter 4 of customs Tariff Act, 1975 and therefore, fulfills the conditions of subentry (i) of Entry 26 of aforesaid Notification. The rate of tax on the process would hence be 5%.

Section 10 of the IGST Act, 2017, recognizes the sale where no movement of goods is involved and in such a situation place of supply would be the location of the goods at the time of delivery of goods to the recipient. Accordingly it can be concluded safely that if the principal chooses to supply the goods to the job worker it can be done without movement in the same premises and even without generation of e-way bill.

There are certain lacunas in the provision of job work under the GST Act that strike my mind. The Act bears very rigid provision regarding the return of capital goods and finished goods back to the principal failing which the entire transaction is treated as supply at the hands of the principal and becomes taxable. Where human agency is concerned, the unexpected is always expected. Therefore, there should be a mechanism to save the interest of either party at its primary stage. Moreover, there is no parameter to determine the limit of adding minor inputs by the job worker in the process so as to save it from being termed as manufacturing. There is no threshold which would decide whether the substances used by job worker on its own are substantial or minimal.  Such ambiguities give rise to further problems.

Nevertheless, the law is dynamic and ever changing. Let us all hope that the taxation laws in the coming years are smoother and even. 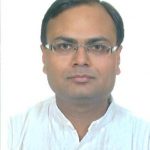 GSTR-2B Consolidation Tool
Dynamic QR Code under GST
Papad of any size and shape will attract NIL GST: AAR Gujarat
ITC cannot be denied merely for non-reflection of transaction in GSTR 2A
54,439 appreciation certificates given to GST taxpayers