In this article I have tried to explain the impact of Covid-19 on Crude Oil, Inflation and Dollar Rate on Indian Economy in layman language and the correlation between them.

Indian Currency was never measured against dollar at the time of Independence. It was measured against Pound and only after pound was devalued in Year 1949 Rupee was started measuring against Dollar. Let’s have a quick look at Dollar Rate in the  Year 1949 and April 2020.

In India the imports are more than exports and for making import bill payments it needs huge forex reserves. Since decades India’s imports has been increasing as compared to Exports which has led to Trade Deficit.

Now, Let’s have a look at the latest Data

As per the latest reports, both imports and exports have seen a fall as the coronavirus pandemic hurts the demand all over the globe.

For the first time in the history Crude prices fell to $0 USD per barrel and even entered the negative zone. Falling crude prices are good for the developing Economy importing crude for their domestic consumption.

Now let us understand How Indian Economy is going to benefit from the Falling Crude Prices?

With the global economy at standstill due to COVID 19 pandemic and travel restrictions around the globe there is no demand for crude in international market because of which consumption is very minimal and lack of storage led to a drastic fall in crude price.

Oil is very important raw material as most of the petrochemicals are used in Industrial activities for manufacturing other goods and especially used as a fuel in vehicles for transportation. So, decrease in crude oil prices will lead to decrease in cost of production and  the benefit of which will be passed on to end consumers leading to reduction in inflation since the consumer will have to pay less to purchase the goods. For example, if the price of oil decreases, then it will cost less to make plastic, and a plastic company will then pass on the benefit to the consumer, which reduces prices and thus reduces inflation.

Since crude oil is traded in dollars in the international market also known as “petrodollar” and bills for import needs to be settled in dollars India needs a huge amount of forex reserves for import payments. Since India is continuously facing a trade deficit, it will have to find out ways to reduce the trade deficit leading to inflation in the country.  A high deficit means the country will have to sell rupees and buy dollars to pay its bills. After the fall in crude prices from $57/- to $25/- per barrel India will have to shell out less money to buy Crude Oil and petroleum products and save on its FOREX reserves thus strengthening the rupee in International Market and curbing inflation.

Although  COVID19 came as a bane to entire Globe but fall in Crude prices has come as a boon to Indian Economy and if oil prices remain low over an extended period of time, it will help Indian economy to offset the coronavirus hit it has taken. 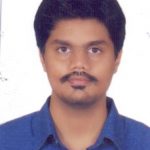