The Central Excise duties are duties on manufacture of goods. The Counter vailing duty (CVD) u/s 3(1) of customs Act, 1965 is a customs duty in disguise of central excise duty leviable on importer when the goods are imported instead of domestically procured. More or less these two duties work on similar footings. The exemption from these duties are also implemented through a single provision. Once an exemption is accorded to central excise duty, it is automatically accorded to the CVD as well unless, it is specifically denied. To be able to understand the context of the dispute, an examination is necessary into the exemption sought for by the importers from CVD.

Central Excise Notification 12/2012-CE (‘the notification’) (and its predecessors) provides(ed) exemption from Central Excise to certain “finished” goods only fulfilment of following condition;

“If no credit under rule 3 or rule 13 of the CENVAT Credit Rules, 2004 has been taken in respect of the inputs or capital goods used in the manufacture of these goods.” [Condition No. 16 of Conditions under the notification as it is prior to amendments]

The text is self-explanatory as to eligibility of the exemption when it comes to the domestic manufacturers of the finished goods, that they must procure inputs – don’t avail cenvat – process them – clear finished goods without payment of duty. But when it comes to the importer – they don’t procure inputs neither do they process them – they simply procure the finished goods. In that sense they are also not able to avail the cenvat of input goods and capital goods, so should the exemption of CVD (Excise vis-à-vis import duty) be available to them also?

The dispute was considered in case of M/s SRF Limited and M/s ITC Limited [2015-TIOL-74-SC-CUS]. At the appellate proceedings before, the Hon’ble CEGAT, it was held that that only those conditions could be satisfied which were possible of satisfaction and the conditions which were not possible of satisfaction had to be treated as not satisfied. The matter travelled to the Supreme Court. The Hon’ble Supreme Court while relying upon the decision of M/s Thermax Limited [2002-TIOL-683-SC-CUS-LB] and M/s Hydrabad Industries [2002-TIOL-369-SC-CUS-CB] held the case in favour of the assessee and allowed the benefit of exemption (even to the importers as well).

Critique: The CEGAT while disallowing the exemption had relied upon the case of M/s Ashok Traders [1987 (32) ELT 262]. The context of the Ashok Traders was same as in the present case and the Hon’ble Bombay high court had held that when the condition of non utilization was not able to be satisfied, the exemption was not available. The half-hearted context in the case taken by CEGAT (intentionally or unintentionally) was that importers cannot be treated on par with manufacturers.

The Supreme Court in case of Thermax Limited had discussed the applicability of another of the notification issued under Central Excise vis-a-vis CVD. The disputed condition therein was fulfilment of procedure under chapter X of Central Excise Rules, 1944 for claiming the exemption, the revenue had argued that chapter X ibid couldn’t have been satisfied by an importer. The court held that was held that importers cannot be distinguished with the manufacturers because chapter X don’t tend to distinguish between them and importers are also accorded the exemption benefit.

The case of Thermax Limited was affirmed in the case of M/s Hydrabad Industries with a different context as to presumption of excisability of imported goods even if the goods is manufactur(ed) outside India vis-à-vis parity between importer and manufacturer. The judgment of AIDEK Tourism also had similar context i.e. parity between manufacturer and importer for the eligibility of an exemption.

In the turn of events it can be said that, the only context which can be found in the SRF case is importer position vis-à-vis manufacturer. The judgment failed to find a rationale that the exemption in impugned notification fits only for a manufacturer and not importer.

In the wake of above said judgment, the Central Government came into action and amended the conditional clause of availing the exemptions vide Notification No. 34, 35 & 36 all dated 17.7.2015. The newly introduced conditions now read like;

If the said excisable goods are manufactured from inputs or capital goods on which appropriate duty of excise leviable under the First Schedule to the Excise Tariff Act or additional duty of customs under section 3 of the Customs Tariff Act, 1975 (51 of 1975) has been paid and no credit of such excise duty or additional duty of customs on inputs or capital goods has been taken by the manufacturer of such goods (and not the buyer of such goods) under rule 3 or rule 13 of the CENVAT Credit Rules, 2004.”;

The circular also enlightened the intent of issuing the amendment in notification, to override the adverse implications of SRF judgment. Review petitions were also filed in due course against the SRF judgment before the Supreme Court which was accepted and a decision is now awaited.

The position since amendment in 2015 is settled now, but the dispute still rings for the prior years. To be very true, SRF judgment didn’t cemented the clear position. The dispute again came up before Hon’ble Court of Madras in case of M/s Prashray Overseas Pvt Limited [2016-TIOL-1157-HC-MAD-CUS] for enhanced scrutiny. The Court very well discussed the nature of exemption notifications, their context and their actual use. To highlight the important par the Court opined;

♣ A exemptions notifications could be categorize into four types;

The court very well established that the condition imposed under the impugned notification has an inbuilt stipulation that the inputs must have suffered some duty. If the inputs had not suffered any duty, then the question of claiming CENVAT credit would not arise. As a consequence, an importer will not be entitled to the benefit of the exemption Notification, as he would not be in a position to satisfy the condition that is inbuilt. The judgments of SRF Limited were brought to the referral of the Madras High Court and a clear departure was made. Although the decision disobeyed the decision of higher forum, still the decision is well founded and presents correct position of law.

The dispute was again referred in the case of M/s Yu Televentures Private Limited before the Hon’ble High Court of Delhi [2016-TIOL-1641-HC-DEL-CUS]. However the court didn’t went into the merits of the case and opined that the SRF Ltd case unless and until reversed by the Supreme Court is law of land. The Court held that the mere fact that the Department was contemplating or in fact filed a review petition or an appeal against an order of the High Court or the Supreme Court is unacceptable to turn down the law of land, costs were also imposed upon the revenue.

1. The position as of today is, the exemption on finished goods is only applicable when it is made out of inputs which have suffered appropriate duty (even the Nil duty). Importer is not eligible to take benefit of these exemption on import of finished goods.

3. The review petition against SRF Limited decision has been accepted by the Supreme Court and is awaited for final answer.

4. The Madras High Court has accorded a good position i.e. importers should not be eligible for exemption

5. The Delhi High Courts judgment is without merits and doesn’t have binding force.

(Author can be reached at manish619sachdeva@yahoo.in) 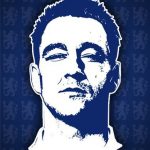 RODTEP calculations – race against time for manufacturer-exporters
SC upholds power of CG to impose quota restrictions on imports without adjudication procedure
Promissory Estoppel against area based exemptions and other investment based incentives after GST
Section 17(5)(d) – the meaning of ‘for’ construction
GST: Tussle between Transition and Repeal & Saving clause
View More Published Posts