(a) Take possession of such asset and documents relating thereto; and

(b) Forward such assets and documents to the secured creditor.”

(i) The aggregate amount of financial assistance granted and the total claim of the bank as on the date of filing the application.

(iii) The borrower has created security interest over various properties giving the details of properties referred to in the sub-clause (ii) above;

(iv) The borrower has committed default in repayment of the financial assistance granted aggregating the specified amount;

(v) Consequent upon such default in repayment of the financial assistance the account of the borrower has been classified as a non performing asset;

(vi) Affirming that the period of sixty days notice as required by the provisions of sub-section (2) of section 13, demanding payment of the defaulted financial assistance has been served on the borrower;

(viii) The borrower has not made any repayment of the financial assistance in spite of the above notice and the Authorised Officer is, therefore, entitled to take possession of the secured assets under the provisions of sub-section (4) of section 13 read with section 14 of the principal Act;

“Provided, further that on receipt of the affidavit from the Authorised Officer, the District Magistrate or the Chief Metropolitan Magistrate, as the case may be, shall, after satisfying the contents of the affidavit pass suitable orders for the purpose of taking possession of the secured asset within a period of thirty days from the date of application.”

What is the significance of the amendment in the SARFAESI Act in the context of the role of the District Magistrate / Chief Metropolitan Magistrate?

The significance of the amendment in the Act with regards to the role of the Chief Metropolitan Magistrate / District Magistrate prior to the amendment of Section 14 was only the satisfaction of the Magistrate in relation to the documents produced by the parties and there was no necessity of any detailed inquiry for the purpose of extending assistance to the secured creditor and was merely executory in nature which has become broad and pervasive after the amendment.  Since, by virtue of the Amendment Act position of District Magistrate / Chief Metropolitan Magistrate  has undergone a significant change for the reason that the District Magistrate / Chief Metropolitan Magistrate has to satisfy himself with the contents of the affidavit for which he has to hear the opposite party also to conclusively come to conclusion without any reasonable doubt that the authorised officer has complied with the provisions under section 14 of the Act to uphold the principles of natural justice which is the driving force of DRT and DRAT as per section 17 (7) of the Act read along with section 22 of The Recovery Debts and Bankruptcy Act, 1993. Hence, if the spirit of the Act is to be upheld without bias and prejudice on account of affidavit being filed, then the affected persons are to be given an opportunity to put forth their views on the affidavit so that “Equality before Law” can be delivered which will avoid unilateral and arbitrary decision making by the concerned authorities..

Can the order of District Magistrate / Metropolitan Magistrate be challenged?

“There is no dispute that any person, including a borrower, aggrieved by any of the measures referred to in sub-section (4) of section 13 of the SARFAESI Act has a right to prefer an appeal under section 17 before the Debt Recovery Tribunal. It is now an established proposition of law that the order passed under section 14 of the Act is a post-section 13(4) action and is an appealable order. However, it is a settled proposition of law that alternative remedy is no bar from filing a writ petition in cases where there has been denial of natural justice or if an action is without jurisdiction or there is a challenge to the vires of any statute.”

It is imperative that as per the Act on receipt of the affidavit from the Authorised Officer, the District Magistrate or the Chief Metropolitan Magistrate shall have to be satisfied with regard to the contents of the affidavit and thereafter shall pass orders and however, if same is totally absent in the order under challenge “there is no reason whatsoever in support of the order. It is cryptic.”  If the order does not spell out the reasons for making such an order, it amounts to the violation of the principles of natural justice.

Can the bank / financial institution file the affidavit with DM / CMM for taking possession of the secured assets during the pendency of any writ petition?

Can District Magistrate / Metropolitan Magistrate can pass any order regarding the compliance of the provisions of SARFAESI Act as enumerated u/s 14 of the said Act setting aside the request of the Authorised Officer for taking possession of the alleged secured assets?

Since the compliance of section 13 (2), 13 (4) and Rule 8 are mandatory for the secured creditor to implement them, any order of the District Magistrate / Chief Metropolitan Magistrate without reference to the compliance of the aforesaid sections of SARFAESI Act, it must be presumed that no materials are placed before the District Magistrate / Chief Judicial Magistrate by the secured creditor in respect of the compliance. Further, the affidavit filed by the authorised officer should not only include the statements supported by various evidences in favour of having complied with the provisions of section 14 which includes section 13 (2), section 13 (4) and Rule 8 of the Act but also substantiated by the relevant RBI circulars and legal citations. The compliance, If not proved without any reasonable doubt, then the proceedings are unsustainable in the eye of law, as it would amount to arbitrary exercise of the powers conferred under section 14.

Point No (ix) of section 14 of SARFAESI Act to be affirmed in the affidavit being filed by the authorised officer of the secured creditor states, “that the provisions of this Act and the rules made thereunder had been complied with:’ what is the importance of this compliance?

Even though this particular point comprises of all the sections of the Act, the District Magistrate / Chief Metropolitan Magistrate should ensure the following points which are mandatory for the secured creditors to comply with.

(a) Classification of account as NPA as per RBI norms and issue of notice u/s 13 (2) of the Act. The secured creditor in practice does not substantiate the RBI norms under which the account has been classified as NPA. Since the classification of NPA is based on the overdue position of the debt / liability, the bifurcation of debt / liability as enumerated here below is very essential to ascertain whether the account is actually NPA.

(v) Total other charges due.

The aforesaid bifurcation is based on RBI norms under definition of NPA in their circular on prudential norms. In this connection the judgment of High Court of Judicature at Madras in the WP No. 29962 of 2013 and MP No. 1 of 2013 dated 06.11.2013 may be referred.

(b) On receipt of notice u/s 13(2) of the Act, if the borrower submits their representation and objections whether the secured creditor through its authorised officer has given a reply to it within the statutory period of 15 days. Sometimes it is found that the authorised officer delegates his power to a lawyer to reply the representation and objections submitted by the borrower which as per the Act is not allowed and not maintainable under the law.

(d) As per section 26D of the Act “no secured creditor shall be entitled to exercise the rights of enforcement of securities under Chapter III (Enforcement of security interest) in its favour by the borrower has been registered with the Central Registry.”

(e) Section 31 of the Act stipulates the provisions of the Act not being applied in certain cases and the District Magistrate / Metropolitan Magistrate should ensure that the affidavit does not cover such stipulated cases.

As per section 17 (7) of SARFAESI Act read along with section 22 of The Recovery of Debts and Bankruptcy Act, DRT and DRAT are guided by the principles of natural justice. What is its importance?

(i) No one can be a judge in his own cause (‘Nemo debet essa judex in propria cause’),

(ii) Hear the other side (‘Audi Alteram Partem’).”

Under Article 14 of the Constitution, these principles of procedural fairness, and the right to be heard, are so fundamental to the dispensation of justice that our Supreme Court has in fact propounded that these principles would naturally exist even in the absence of Article 14 of the Constitution. In the Tulsiram case [(1985) 3 SCC 398], the Supreme Court observed that Article 14 did not create the principles of natural justice, but rather that Article 14 is only their constitutional guardian. In the famous Maneka Gandhi case [(1978) 1 SCC 248], Justice Bhagawati noted these to be, “a great humanising principle”, and went on to hold that procedural fairness is implied even in situations where the statute does not provide for it, thus adopting the lofty concept set out by Byles J. in Cooper v. Wandsworth Board of Works [(1863) 143 ER 414].” Further “In the landmark case of S.L. Kapoor v. Jagmohan & Ors. [AIR 1981 SC 136(1)], the question that arose is whether the rules of natural justice should be followed even when there are undisputed facts that speak for themselves, since no purpose would be served by following the process of formal notice, as the result would ultimately be the same. The Supreme Court concluded that “merely because facts are admitted or are indisputable it does not follow that natural justice need not be observed.”

In view of what has been pronounced by Supreme Court of India is binding on all courts as per Article 141 of the Constitution, aggrieved persons  must be given an opportunity to be heard by the court of law to uphold justice, equality before law and to keep up good conscience.

The aforesaid averments are substantiated and supported by the following judgments. 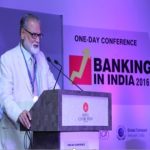