There are 2 startling News this week.The civil contractor held responsible for devastating death of 24 people due to roof collapse in Muradnagar (U.P.) has during interrogation revealed that he had paid Rs. 16 lacs as commission/ graft to the concerned Junior Engineer & Executive Officer out of Rs. 42 lacs paid to him. This is a fact that such under the table transactions are  rampant in all the contracts executed by the various Development Authorities, Municipal Corporations, State Industrial Corporations, State & Central PWD, NHAI & invariably in all Government Departments. History reveals that the politicians & Government officials have been consistently looting the exchequer. It is also certain that hardly a few out of the crores of corrupt officials would be booked for corruption and they too would be acquitted in due course of time due to latches in Law & Judicial Procedures. The second news came from China where the former chairman of China’s Huarong Asset Management Company was sentenced to death by a court in the northern city of Tianjin in one of the country’s highest profile corruption cases. Lai Xiaomin was convicted of receiving or seeking bribes totalling $276.72 million from 2008 to 2018, when he was also a senior banking regulator, according to the Secondary Intermediate People’s Court of Tianjin.

The question arises whether the anti corruption laws in our country have outlived and have become redundant. The Prevention of Corruption Act 1988 as amended from time to time, is the principal anti- corruption law in our country. The Penal Code 1860 is the penal law of India and contains the provisions to cover bribery  and fraud matters. But both these Acts have become toothless and only the small fishes are caught in the net while the big ones escape on technical pleas, death of the witnesses, influence & assistance of the expensive Advocates engaged by them & the long duration of trials, appeals & SLPs. In most of the cases, the person undergoing trial on charges of corruption & disproportionate assets often decease even before the matter is finally decided.

I have personal experience of two such matters, wherein I was a witness to two different proceedings under the Prevention of Corruption Act, 1988 in two different CBI Courts. In one of the case a senior administrative officer purchased an agricultural land belonging to me in 1975. The officer was booked under the provisions of Corruption Act in around 1980 and my  statement was taken immediately thereafter. I was a necessary witness to prove the acquisition of the said land. It was shocking to receive a notice from the CBI Court in 2018, i.e 43 years after the purchase & 38 years after the purchaser was chargesheeted to appear & depose in the Court. In the Court the accused in his mid eighties had become old & feeble & difficult for me to recognise & even recollect. Similarly, in the other matter there were more than a hundred witnesses and it would take decades for recording the statement & cross examination of the witnesses. How could inordinate delays in our Judicial system bring the desired results & punish the corrupt? If corruption matters are heard on day to day basis, and the guilty prosecuted simultaneously, then only it  would be a deterrent to the corrupt society. One more important deficiency in the system is delay in filing chargesheet against the accused. The accused ‘ manage’ that the chargesheet is not filed within the stipulated time and the Courts are constrained to order their release, as per the provisions of law. They are usually reinstated at their post and the criminal case for corruption becomes a mere Formality. Thus, it is undisputed that the present laws & the entire judicial system are unable to curb or contain corruption.

It is indeed a sorry state of affairs that India has been placed at number 80 out  of 180 countries evaluated in the Corruption Perception Index by Transperancy International on 24th January, 2020. The index offers an annual snapshot of the relative degree of corruption by ranking countries and territories from all over the globe. It is pertinent that India’s ranking in the Corruption Perceptions Index (CPI-2019) has slipped from 78 to 80 compared to the previous year. In the largest democracy of the world, unfair and opaque political financing, undue influence in decision-making and lobbying by powerful corporate interest groups, has resulted in stagnation or decline in the control of corruption, observed the report. The latest CPI report has revealed that a majority of countries are showing little to no improvement in tackling corruption. It is worth serious pondering as to how our country encompassed  & engulfed by corruption  would progess and alleviate poverty & misery of all its subjects.

It is trite to refer to a  Public Interest Litigation petition which was filed recently in the Apex Court by one Ashwini Upadhyaya, a BJP Leader & advocate, pleading the Court to issue directions to Centre for awarding life imprisonment in offences relating to bribery, black money, benami property, disproportionate assets, money laundering, tax evasion, profiteering, grain hoarding, food adulteration, human and drug trafficking, black marketing, cheating, fraud, forgery etc. The plea also sought for directions to the Law Commission & Lokpal to examine and publish the best Anti-Corruption Laws of the world so that they may emulated/enacted after due amendments. The petitioner pleaded that the Corruption Laws are “rubbish laws” and unable to put an end to  massive corruption rampant in our country. The petition averred that Corruption is the key factor in economic underperformance and is the main obstacle is poverty alleviation. It was also pleaded that Right to life & liberty guaranteed under Article 21 cannot be secured and the golden goals of the  Preamble of the Constitution cannot be achieved without curbing corruption. It was asserted that it was the duty  of the Central Government to implement the best and most effective anti-corruption laws of the world to give strong message to the corrupt that Government is determined to weed out corruption from the system. However, the Apex Court dismissed the PIL as withdrawn and observed that it is not the duty of the Court to make laws & the Judiciary cannot take up the role of the Legislature.

It is not that the Government of India does not intend to minimise/eradicate corruption but the roots of corruption have penetrated deep in our economic & social system. The various independent agencies of the Government are taking strict action against the corrupt but the corrupt have devised novel ways to evade them

The Central Vigilance Commission (CVC) has also recently taken certain proactive actions recently and have directed all central government departments on quicker disposal of pending corruption cases. The CVC has introduced an online complaint management system where  complaints can be registered against the corrupt officials. It is heartening that the

investigative arm of the Ministry of Corporate Affairs,  has increased the pace of its investigations over the past couple of years. It is pertinent that the Apex Court in the case of ‘Central Bureau of Investigation, Bank Securities and Fraud Cell v Ramesh Gelli’ decided on 23 February  2016 have expanded the ambit of the definition of ‘public servant’, under the Prevention of Corruption Act 1988, to include all officials of private banks, as their duties are public and are now in the purview of anti-corruption laws.

In 2018 Parliament passed the Prevention of Corruption (Amendment) Act and have  introduced changes to the existing anti-corruption law. The significant changes include:

* The inclusion of bribe giving as a specific offence

* The commercial organisations made liable for bribe giving

* The introduction of stricter punishments for perpetrators of bribery

As a tirade against Corruption, the Parliament has enacted the following laws in recent years:

a) The Lokpal and Lokayukta (Amendment) Act 2016, which primarily requires public servants to declare their assets and liabilities and those of their spouses and dependent children.

The Lokpal, which comprises a chairperson and up to eight members, is a nodal ombudsman authority which investigates and prosecutes cases of corruption involving the prime minister, the council of ministers, members of Parliament & public servants and other central government employees, other than members of armed forces.

b) The Black Money (Undisclosed Foreign Income and Assets) and Imposition of Tax Act 2015, which penalises the concealment of foreign income and assets and any related tax evasion.

c) The Benami Transactions (Prohibition) Amendment Act 2016, which empowers the competent authorities to attach and confiscate benami properties ,which is held by or transferred to or for benefit of a person, and the consideration for which has been provided or paid by another person.

d) The Companies (Amendment) Act 2017, wherein the existing penalty provisions for the commission of corporate fraud have been modified.

e) The Whistleblowers Protection (Amendment) Bill 2015, which aims to prohibit the reporting of corruption-related disclosures by a whistleblower.

The Apex Court has been very strict in matters of corruption. The Courts have incessantly urged the need to revisit the anti-corruption law and strengthen it to tackle the menace of corruption, which has often been likened to cancer by courts. It is trite to refer to a remark of the High Court of Madras in  Suryakrasam v. State of Tamil Nadu & Ors (W.P [MD] No. 14481 of 2020) which held thus:

“The Central Government may consider imposing punishment, such as, “hanging” or “death penalty”, for corrupt practices or for demanding and accepting bribes, like in China, North Korea, Indonesia, Thailand and Morocco…….

People are compelled to accept corruption as normal one. Corruption has become deep-rooted and has spread like cancer. Every day, it is reported in the media that many officials are caught red-handed while taking bribes. Hence, the punishment needs to be enhanced……..

… this court is of the view that there should be a re-visit and the Act should be strengthened and stringent penalties should be imposed to curb the menace of corruption.”

It is relevant that a bench of the Apex Court headed by Justice S.B. Sinha while  hearing a bail application of an accused in the fodder scam in 2007 verbally remarked that the only deterrent to corruption was to “hang a few corrupt persons from the lamp post”. Recently, a bench led by Justice Arun Mishra also bitterly regretted that the law did not permit courts to give capital punishment for corruption. The oral remarks came while it was hearing a case related to Amrapali, which allegedly cheated lakhs of homebuyers.

It is relevant to refer to a latest judgement of the Apex Court in the case of Deputy General  Manager  vs. Ajai Kumar Srivastava in  SLP(C) No(s). 3206732068 of 2018 wherein the Apex Court upheld the dismissal of a Bank Employee and held that Absolute Devotion, Integrity & Honesty iss a Sine Qua Non for every Employee.

It is imperative that every Government employee, irrespective of his cadre & post should work with absolute devotion, integrity & honesty so that the country progresses and it’s subjects also progress. It is therefore the right time for this bold Government to Revisit the Corruption Laws and make them more stringent to enable the corrupt & the rampant corruption to be eradicated from the soil of our country.

(Author can be Reached at Email: [email protected]) 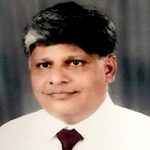