The article is about the New Labour Codes 2020 passed by the Parliament and assented by the Hon’ble President of India. The article contains few important highlights of the three new labour codes and it gives a gist about how the new labour codes will revamp the existing labour laws and its benefits to the working-class population of the country.

Indian Labour Laws refers to laws regulating Labour in India. The Constitution of India gives a series of fundamental rights particularly Equality at work and decent working conditions. The present Labour Laws in India date back to the period when Independence was won in 1947.

Labour Laws is a concurrent subject thus both Central and States frame laws. At present there are approx 40 Central laws and approx 100 State laws. With the passage of time and changing working conditions, the present labour laws have become somewhat obsolete and there was a dire need of the labour reforms to bring uniformity under various labour laws and halt the oppression and mismanagement of working sector.

Also, to ease the way of doing business it was necessary to revamp the existing labour laws practices by removing Inspector Raj to enable employers to focus on the business activity rather than to get entangled in cumbersome inspection and assessment procedures.

India has improved its rank by 79 positions in five years (2014-2019). The higher ranking would boost investment and job creation in the country.

On 28th September 2020, the Hon’ble President of India gave assent to three Labour Codes viz The Code on Social Security 2020, The Industrial Relations Code 2020 and The Occupational Safety, Health and Working Conditions Code, 2020 which subsumes the existing 29 central laws.

1. The Code on Social Security amends and consolidates the existing labour laws with the goal to extend the social security to all employees and workers either in the organized or unorganized or any other sectors and for matters connected or incidental thereto.

3. Constitution of State Unorganized Workers Board and Building Workers Board to frame, monitor and review the welfare schemes for unorganized and building workers and to advise central government on matters arising out of administration of this code and incidental thereto.

5. The applicability of Employees State Insurance Act expanded to cover every establishment in which ten or more persons are employed other than a seasonal factory. Also, the act will be applicable to establishments carrying hazardous or life-threatening occupation as notified by the Central Government in which even a single employee is employed.

6. Voluntary ESIC coverage made available to establishments having less than 10 employees.

7. Gratuity period for workers journalists as defined under Working Journalists and Other Newspaper Employees (Condition of Service) and Miscellaneous Provision Act 1955 reduced from FIVE years to THREE years. For fixed term employees the period will be ONE year.

8. A minimum of 1% and maximum of 2% cess shall be levied and collected for the purpose of social security and welfare of building workers.

9. Corporate Social Responsibility Fund within the meaning of The Companies Act 2013 to be utilised for social security of unorganised workers, gig workers and platform workers.

10. The Government will set up a helpline facilitation center for unorganised workers, gig workers and platform workers.

11. Every unorganised worker, gig worker and platform worker who have completed the age of sixteen years shall be required to be registered with the Government and such worker will be assigned a distinguishable number.

12. A 1% – 2% cess or maximum of 5% of amount payable to unorganised worker shall be levied and collected for the purpose of social security and welfare of unorganised workers, gig workers and platform workers.

14. The Government under its digitalisation programme will allow stakeholders to maintain electronic records and may provide for web-based inspections under Employees Provident Fund Act (EPF) and Employees State Insurance Act (ESIC).

15. The Central Government may defer or reduce the employer’s or employee’s contribution payable under EPF and ESIC for a period up to three months at a time for whole of India or part thereof in the event of pandemic, endemic or national disaster.

16. The Government will set up CAREER CENTRES in which the employer of any class of establishment shall report or cause to report about the vacancies in the establishment, however the employer will not be under obligation to recruit any person through the career centre.

The Code on Social Security 2020 subsumes the following existing acts,

6. The Building and Other Construction Act 1996

2. The code applies to establishment employing minimum 10 workers and to all mines and docks. All eligible establishments should get registered under the code within 60 days from the date of applicability of the code. The employer at the time of registration should provide the information of inter-state migrant workers.

The existing registered establishments will be deemed to be registered under the code.

3. Definition of Contract labour widen to include inter-state migrant workers.

4. The Central Government will constitute the National Occupational Safety and Health Advisory Board which will advise the Government on matters related to policies, schemes, provisions, rules and regulations under the Code.

7. Maximum working hours fixed to 8 hours a day. Prior consent of workers is required for overtime work. Workers should get one day leave for every 20 days of work per year.

8. The Code is made applicable to establishments engaged in hazardous activities having less than 10 employees.

9. Applicability of Contract Labour Act for Central revised to 50 employees. Contractors may obtain license for 5 years.

10. Journey allowance for to and fro journey to native place to inter-state workers every year.

11. Inter-state migrant worker can avail benefits of public distribution system either in his native place or in destination state where he is employed.

12. Women shall be entitled to be employed in all establishments for all types of work under this code and they may also be employed with their consent before 06.00 AM and beyond 07.00 PM subject to conditions relating to safety, holidays and working hours to be observed by the employer.

13. The Code includes three schedules containing lists of: (i) 29 diseases that the employer is required to notify the authorities of, in case a worker contracts them, (ii) 78 safety matters that the government may regulate, and (iii) 29 industries involving hazardous processes. The lists may be amended by the central government.

8. The beedi and Cigar Workers (Condition of Employment) Act 1966

9. The Working Journalists and Other Newspaper Employees (Condition of Service) and Miscellaneous Provision Act 1955

1. The Industrial Relations Code 2020 amends the laws regulating the Trade Unions, conditions of employment in industrial establishment or undertaking, investigation and settlement of industrial disputes and for matters connected thereto or incidental thereto.

2. Every industrial establishment in which one hundred (100) or more workers are employed should constitute a works committee consisting of representatives of employer and workers engaged in the establishment.

3. Every industrial establishment employing 20 or more workers shall have one or more Grievance Redressal Committees for resolution of disputes.

4. Standing Orders will now be applicable to establishments having 300 or more employees instead of existing limit of 100 employees.

5. Employees should give 60 days’ notice to the employer before going on strike.

6. Employer should give 60 days’ notice to the employees before lock-out.

7. One month’s notice to be given to employees before their retrenchment.

8. Provisions of Lay Off, Retrenchment and Closure will not be applicable for industrial establishments having less than 50 workers.

9. Prior permission of the government before closure, lay-off and retrenchment mandatory for establishments having 300 or more employees instead of existing limit of 100 employees.

10. The threshold for negotiating council of trade unions have been reduced from 75% workers as members to 51% of workers.

11. Workers may apply to the Industrial Tribunal in case of dispute – 45 days after the application.

1. Universal rights to minimum wages and timely payment of wages to all workers including unorganised workers – presently minimum wages applicable to only 30% of workers.

7. Occupational Safety & Health Code made applicable to establishments engaged in hazardous activities having less than 10 employees.

9. Extension of ESIC coverage to all districts and all establishments employing 10 or more employees.

10. Voluntary ESIC coverage made available to establishments having less than 10 employees.

11. ESIC act applicable to establishments carrying hazardous or life-threatening occupation as notified by the Central Government in which even a single employee is employed.

14. All occupations opened for workers and permitted to work at night with safeguards.

15. Gratuity period for workers journalists as defined under Working Journalists and Other Newspaper Employees (Condition of Service) and Miscellaneous Provision Act 1955 reduced from FIVE years to THREE years. For fixed term employees the period will be ONE year.

The emphasis has been made to uplift and improve the standard of living of the small, poor and unorganised labourers of the country which forms the majority part of the total working-class population, by giving them equal benefits as provided to the other class of employees.

Every new beginning has some pitfalls and there may be some loopholes in the new labour codes as well which may arise when they get implemented, however it can be a revolution which will bring uniformity by removing regional disparity.

The Labour reforms 2020 can be a game changer as it will benefit in uplifting the working population of the country.

The Labour reforms 2020 looks promising however its success will depend upon the employer’s willingness to accept the change and transparent bureaucracy.

As hinted by the Ministry of Labour, all the new labour codes will be implemented in one go from April 2021 and the rules for the same will be rolled out by November-December 2020.

Efforts have been taken to simplify the article as much as possible. Due to vast coverage of the codes there may be some points missed out in the article. Ambiguities if any will be cleared once the rules of the Codes are rolled out by the Central and State Governments.

2. Ministry of Law and Justice, GOI 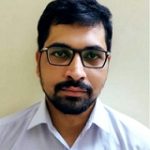