Drag Along And Tag Along Rights Under Shareholders Agreement

As we know in private limited and closely held public limited companies, there are restrictions on transfer of shares. When an entrepreneur starts a venture or business with new ideas or new invention, he needs finance. Finance will be provided by Banks, Financial Institutions, Government sponsored institutions and Venture Capital Funds. The Venture Capitals invest in start up ventures by acquiring share capital of the entity. Every investor, who is investing in a start up venture, before investing seeks the way to exist from the venture after earning profits. They enter a Shareholding Agreement with the promoters of the company before investing in the company.

These rights are conferred by the Articles of Association of the company and the Companies Act, 2013 to the shareholders of private limited company. The minority shareholders restrict the exits of management or an investor from the company by enforcing these rights.

So an investor while at the time of investing in  a private limited company needs some rights to be included in the Shareholding Agreement to secure his/its exist and the investment.

Generally in case of private limited companies, many rights are available to shareholders through its Articles of Association. There are some restrictions on sale of shares subject to Right of first refusal. If shareholders want to sale his shares, he must first offer these share to the existing shareholders for their purchase.

Tag-along mechanics are complicated by the existence of multiple classes of shares desperately held between controlling shareholders and the minority shareholders.

Note: Suppose in a company XYZ Pvt. Ltd., Mr. X, Mr. Y and Mr. Z are the three shareholders holding 40%, 30% and 30% Shares respectively. Mr. X and Mr. Y wants to sell controlling interest i.e. 40% of the shares in the company to Mr. S, then Mr. Z can enforce through Tag-along right sale of his shares also on the same price and terms and conditions on which Mr. X and Mr. Y is selling their shares to Mr. S.

The minority shareholders are forced to participate in the sale through this right waiving appraisal rights.

Note: Suppose in a company XYZ Pvt. Ltd., Mr. X, Mr. Y and Mr. Z are the three shareholders holding 40%, 30% and 30% Shares respectively. Mr. X and Mr. Y wants to sell the company to Mr. S, and Mr. S wants to acquire 100% shares of the company and Mr. Z has not given his consent to this deal. In this case if there is a Drag-Along clause in Shareholders Agreement among Mr. X Mr. Y and Mr. Z. Then through this right Mr. X and Mr. Y enforce Mr. Z to sell his share in the company or consent to the agreement to sell the company with Mr. S.

(Author can be reached at [email protected]) 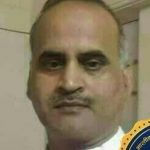 Is it be Possible to Re-Open Assessment only Because of Change of Opinion?
Income Tax on Car sold after personal use for 6 year
Rule of Contra Preferentum & Terms And Conditions of An Insurance Policy
Necessity to Start New House Construction After Original Assets Sale Date to Claim Section 54F Exemption?
Section 50(2)/(3) Summons under PMLA, 2002 cannot be quashed in Writ proceedings
View More Published Posts