Copyright is a right bestowed upon the copyright owner in order to stop others from exploring their work without their consent. A copyright presents a balance between interest and rights of the author and that of the public in protecting the public domain or to claim copyright and protect it under copyright statute. With the proliferating advancement in digital technology, the need for copyright infringement has also grown. Internet, now a days gives unauthorised access to copyrighted works at the blink of an eye, at the cost of nothing.

Piracy refers to the unauthorized duplication of copyrighted content that is then sold at substantially lower prices in the unofficial market. Piracy of movies and internet resources are on a rampant fire these days which causes heavy economic loss to the copyrighted owners. People in the poor countries don’t pay for software, games, music and movies because these goods cost too much. Also, people in poor countries need to utilise their resources on things which fulfil their basic needs. Suffice to say, easy and cost-free availability of copyrighted works entice the public of poor counties to access the unauthorised contents. Such issues create a dire need for a formulation of laws to protect such copyright infringements.

How Piracy affects the economic status

The dilemma of piracy and its persistence has attracted the continuous attention of government policy makers and law enforcement officials because of the fact that piracy eats the economy like a pestering parasite. Copyright piracy in all its forms has acted as a drain on the development of creative industry in many developing economies. Studies have shown that decreasing piracy would increase flows to GDP, tax coffers and high-wage jobs to those in countries hardest hit by piracy.

A joint study undertaken by Ipsos and Oxford Economics on behalf of AFACT: Australian Federation Against Copyright Theft (AFACT) has indicated the scale of harm caused by movie piracy to the Australian economy in the 12 months. The key highlights of the study are:

> Around A$1,370m in Gross Output (Sales) was lost across the entire Australian economy.

>  Tax losses are A$193m, representing money that government could employ for other social uses in areas such as education and health care.

Oxford Economics undertake a quantitative analysis of the financial benefits to the AV(Audio-visual) industry through reduction of copyright theft in UK. The study reveals that the direct increase in AV revenues resulting from reduced levels of copyright theft has been estimated at £268 million in the UK economy.

The copyright provided to the artistic and dramatic works are being highly mis-utilised by the means of pirating the works. In this advanced era of internet, most of the new movies are unlawfully uploaded on the internet. In India, various websites upload almost every new movie on the very first day of its release, some of them are uploaded even before their release such as Manjhi: The mountain man, Udta Punjab etc. in Bollywood industry. This affects the market business of the movies drastically which is sadly a neglected truth at present.

Why poor country lead in piracy?

People in the poor nations don’t pay for software, games, music and movies because they cost too much. In poor countries a movies ticket costs a worker’s one day wage, its platonic to access these stuffs for free if available. Some websites have made this possible and provide the people with every movie and software for free by pirating them.

Even after hefty loss in the economy, there’s no specific legislation to curb piracy which encourages the copyright infringers to continue without any hurdle. Piracy is one of the reasons people in poor countries have lower standard of living. It’s more of a vicious circle, where poverty encourages piracy and piracy makes the poor country even more poor by curbing certain ways of development. In poor markets legitimate media cost the same (in relative terms) as it does in rich markets, but that does not suffice in curbing media piracy in poor markets. Poor countries simply lack a “culture of copyright” that can be reinforced through amending the existing provisions and bringing in concrete legislation for violation of copyright infringement.

The pirates have only one objective i.e. to make pecuniary gains from others’ creative efforts. The pirates can afford to sell their products at lower prices because, unlike the legitimate producers, they need not pay any levy e.g. excise duty and sales tax etc. and also need not spend on advertising and other marketing infrastructure.

Surprisingly, a survey has revealed that all the end users of pirated products are not only literates but also have achieved a reasonably high degree of education. About 82 percent of them claimed that they were aware of copyright and more than three fourths (about 78%) knew punishments for copyright violations. In spite of all these, a majority of end users admitted buying pirated copyright products with the full knowledge of the implications (Table 9.4).

In India, an application computer software, on an average, is sold at US $ 250, a good quality audio CD is not available below Rs. 200. The text books for professional courses such as engineering, medical and management remain beyond the buying capacity of many students. Under such circumstances, piracy provides the natural escape route for all those who cannot afford to buy the originals. The awareness of copyright is, therefore, of less material consequence. Besides illiteracy and poverty, unemployment can be another economic evil affecting piracy incidence in India, even though it is very difficult to establish a direct link between piracy and unemployment. As a result of the unemployed persons venture into all kinds of activities including the illegal production and sale of copyright products.

Copyright piracy is a cognizable offence as per Section 63 of the Copyright Act, 1957. In India, there is no serious threat of being caught and punished when found involved in piracy. The laxity in enforcement is the result of slackness on the part of the enforcement machinery, viz. the police on one hand and the passive attitudes on the part of right-holders on the other. There is no denying the fact that catching the pirates is not among the priorities of the police force. A plausible reason for this, as pointed out by the State Departments of Police, is the greater involvement of the force in more demanding areas such as controlling murders, riots and terrorist activities etc. Piracy always affects the economic value of the work and likewise affects the revenue directly. Any film produced or taken in the form of video through cassette without proper permit or authorization from the person holding the right i.e producer leads to video piracy.

In this era of digital economy, many people rely on creating content as a means to earn money yet those intellectual creators do not get what they deserve because of media piracy. Consequently, in order to ensure a piracy free society and to protect economical loss to the copyright owners, a copyright system should be brought that provides sufficient rewards and autonomy ensuring that the most talented creative individuals in society enjoy the economic support and freedom to hone their craft and, in return, spend their professional lives maximizing their creative potential and publicly disseminating the fruits of those efforts. This state of affairs is not only good for creators. It benefits any society that values high quality cultural production and an endless wellspring of high-quality works on which to build new works and shared cultural meanings. 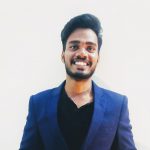