Dividend Tax – Journey From Least Favoured To ‘Most Favoured’ ?

Dividend taxation has had a very enriching history in respect of its mode of taxation, collection of taxes and rate of taxation.  Further, going by what we have seen in the past couple of years, it looks like the tax authorities, the tax payers and the judiciary have no intention to take the spice out of it, especially when it comes to taxation of dividend in the hands of the non-resident shareholders.

To avoid the so called duplicity of tax on profits and tax on dividends, the tax payers have looked for creative tax efficient ways to remit the profits to back the shareholders viz. Buy-back, payment for expertise/IP, LLP conversion, etc. However, each of these has had their practical and administrative issues under the tax as well as corporate laws. Further, the tax authorities over the years have smartly plugged these loopholes.

Just when everybody thought there were no other feasible alternatives, two decisions from the Delhi judicial circle in the past one year in respect of payment of dividend to non-resident shareholders have opened up larger possibilities and another round of litigation.

During the Dividend Distribution Tax (DDT) era i.e. before 1 April 2020, a company computed and paid the DDT liability as per the domestic tax laws. However in October 2020, the Delhi Tribunal in the case of Giesecke & Devrient [India] Pvt Ltd (ITA No. 7075/DEL/2017) held that for the purpose of computation and payment of DDT by the Indian Company to a non-resident shareholder, beneficial tax rate as mentioned in the tax treaty could be taken. The Tribunal has explained in detail the entire history of dividend taxation and stated that DDT is liability of the shareholder and the same is collected from the dividend distributing Company only for administrative purposes [Reliance on Bombay High Court Decision in the case of Godrej Boyce Manufacturing Company Limited (328 ITR 181).

The aforesaid ruling has definitely created stir in the Industry and tax payers are already using the same to reduce the tax outflow for old matters.  Taking the support of this ruling, the tax payers being domestic companies are filing claims with the tax authorities requesting them to re-compute the DDT considering the rate as per tax treaty as against the rate prescribed in domestic tax laws and provide refund for the excess DDT paid.

From 1 April 2020, the shifting of burden of dividend taxation into the hands of the recipient was a welcome move for the corporate multinationals. Now, the corporate multinationals could take the benefit of the tax treaties for dividend taxation. Most of the tax treaties provide for a lower rate of taxation for dividend (5%-15%) when compared with the domestic tax rates. Taking this a step further, certain tax treaties where the ‘Most Favoured Nation’ (MFN) clause exists in the Protocol to tax treaty,  the rate for taxation may further go down to 5% irrespective of the tax rate mentioned in the Dividend Article of that respective treaty.

The aforesaid benefit could also be available to non-resident shareholders based out of countries which provide for MFN clause in respect of dividend income namely Switzerland, France, Netherlands, Sweden, Hungary amongst others.

Now with the benefit of lower rate as per tax treaties available with the tax payers, the tax burden for corporate multinationals in respect of the dividend income has reduced substantially which could make it most convenient, tax efficient and ‘most favoured’ way to remit the excess profits to foreign shareholders. It is important to note that the where tax treaty benefit is obtained in respect of an income (in this case dividend income), the foreign shareholder may be required to carry out annual tax and transfer pricing filings in India for that particular year. However in the larger scheme of things, the cost of these compliances could be minimal when compared to the benefit attained.

Disclaimer: The above information is intended for academic guidance and is to be used for informative purpose only. The said information is not be considered as an opinion or advice. The views expressed are strictly personal. 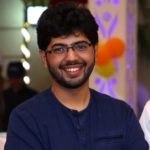