Tax is levied for public purposes and when it is collected, it becomes part of revenue of the State. Benefit of tax cannot be given to the taxpayer. The Constitution Bench of the Honorable Supreme Court of India, in its judgment in the Commissioner, Hindu Religious Endowments, Madras vs. Sri Lakshmindra Thirtha Swamiar of Sri Shirpur Mutt., Judgment Dated: April 16, 1954 has made following observations:

“A neat definition of what “tax” means has been given by Latham C. J. of the High Court of Australia, in Matthews v. Chicory Marketing Board(1). A tax”, according to the learned Chief Justice, “is a compulsory exaction of money by public authority for public purposes enforceable by law and is not payment for services rendered”. This definition brings out, in our opinion, the essential characteristics of a tax as distinguished from other forms of imposition which, in a general sense, are included within it. It is said that the essence of taxation is compulsion, that is to say, it is imposed under statutory power without the taxpayer’s consent and the payment is enforced by law. The second characteristic of tax is that it is an imposition made for public purpose without reference to any special benefit to be conferred on the payer of the tax. This is expressed by saying that the levy of tax is for the purposes of general revenue, which when collected revenues of the State. As the object of a tax is not to confer any special benefit upon any particular individual, there is, as it is said, no element of quid pro quo between the taxpayer and the public authority. Another feature of taxation is that as it is a part of the common burden, the quantum of imposition upon the taxpayer depends generally upon his capacity to pay.”

The Honorable Supreme Court has, in M/s Om Prakash Agarwal Etc. Etc. Vs. Giri Raj Kishori & Ors. Etc.Etc., Judgment Dated: 28/01/1986, re-affirmed its views expressed in the judgment referred to in the foregoing paragraph as follows:

“The primary meaning of taxation is raising money for purposes of Government by means of contributions from individual persons, a compulsory exaction of money by a public authority for public purposes enforceable at law and not a payment for services rendered.”A tax is a compulsory exaction of money by public authority for public purposes enforceable by law and is not a payment for services rendered” is a famous statement of Latham C.J. in Matthews v. Chicory Marketing Board., 60 C.L.R. 263, 276. The above statement truly brings out the essential characteristics of a tax. This statement has been quoted with approval by our Court in The Commissioner, Hindu Religious Endowments, Madras v. Sri Lakshmindra Thirtha Swamiar of Sri Shirur Mutt., [1954] S.C.R. 1005. Mukherjea, J. who delivered the opinion of the Constitution Bench in the above case –“

” The three principal characteristics of a tax noticed by Mukherjea, J. in the above passage are: (i) that it is imposed under statutory power without the tax-payer’s consent and the payment is enforced by law; (ii) that it is an imposition made for public purposes without reference to any special benefit to be conferred on the payer of the tax; and (iii) that it is a part of the common burden, the quantum of imposition upon the tax-payer depending generally upon the capacity of the tax payer to pay.”

Levy of Tax and refund of tax cannot go together. Tax remaining leviable, refund of any amount paid towards satisfaction of the levy cannot not be allowed. For the purpose of allowing refund, levy of tax has to be lifted. Otherwise, provision which provides levy of tax will become invalid. The Constitution Bench of the Honorable Supreme Court, in its judgment in M/s Bhawani Cotton Mills Ltd. vs. State of Punjab & Anr., Judgment Dated: April 10, 1067, has held as follows:

“If a person is not liable for payment of tax at all, at any time, the collection of a tax from him with a possible contingency of refund at a later stage, will not make the original levy valid; because, if particular sales or purchase are exempt from taxation altogether, they can never be taken into account, at any stage, for the purpose of calculating or arriving at the taxable turnover and for levying tax.”

While pointing out difference in between two type of exemptions, in reference to levy of tax on sale of goods, the Constitution Bench of the Honorable Supreme Court, in its judgment in A. V. Fernandez vs. The State of Kerala, Judgment Dated: April 02, 1957, has made following observations:

“There is a broad distinction between the provisions contained in the statute in regard to the exemptions of tax or refund or rebate of tax on the one hand and in regard to the non-liability to tax or non-imposition of tax on the other. In the former case, but for the provisions as regards the exemptions or refund or rebate of tax, the sales or purchases would have to be included in the gross turnover of the dealer because they are prima facie liable to tax and the only thing which the dealer is entitled to in respect thereof is the deduction from the gross turnover in order to arrive at the net turnover on which the tax can be imposed. In the latter case, the sales or purchases are exempted from taxation altogether. The Legislature cannot enact a law imposing or authorising the imposition of a tax thereupon and they are not liable to any such imposition of tax. If they are thus not liable to tax, no tax can be levied or imposed on them and they do not come within the purview of the Act at all. The very fact of their nonliability to tax is sufficient to exclude them from the calculation of the gross turnover as well as the net turnover on which sales tax can be levied or imposed.”

Tax liability does not depend on assessment. Assessment ensures only the exact sum which a taxpayer is required to pay. Tax levy clause itself determines the amount of tax payable. In this regard, following observations of the Honorable Supreme Court, in its judgment in A.V. Fernandez vs. The State of Kerala, Judgment Dated: April 02, 1957, are important:

‘Reliance was placed in support of this position on the observations of this Court in Messrs.Chatturam Horilram Ltd. v. Commissioner of Income-Tax, Bihar and Orissa(1): “As has been pointed out by the Federal Court in Chatturam v. C.I.T., Bihar(,) quoting from the judgment of Lord Dunedin in Whitney v. Commissioners of Inland Revenue (2) ‘there are three stages in the imposition of a tax. There is the declaration of liability, that is the part of the statute which determines what person in respect of what property are liable. Next, there is the assessment. Liability does not depend on assessment. That, ex-hypothesi, has already been fixed. But assessment particularises the exact sum which a person liable has to pay. Lastly, come the methods of recovery if the person taxed does not voluntarily pay” (1) [1955] 2 S.C.R. 290, 297. (2) [1947] F.C.R. 116, 126.

The appellant, however, forgets that the three stages in the imposition of a tax which are laid down here predicate, in the first instance, a declaration of liability as the starting point. If there is a liability to tax, imposed under the terms of the taxing statute, then follow the provisions in regard to the assessment of such liability. If there is no liability to tax there cannot be any assessment either. Sales or purchases in respect of which there is no liability to tax imposed by the statute cannot at all be included in the calculation of turnover for the purpose of assessment and the exact sum which the dealer is liable to pay must be ascertained without any reference whatever to the same’.

In my opinion, principles laid down by the Honorable Supreme Courts in the judgments referred hereinabove also apply to levy of goods and services tax (GST). In respect of supply of goods or services or both which is liable to tax under the law, where nil rate of tax provided in or notified under the Act, generally and unconditionally applies to the supply, amount of tax leviable becomes nil. Such supply is also treated a supply exempt from tax. Notification, No. 12/2017- Central Tax (Rate) New Delhi, the 28th June, 2017, issued by the Central Government, in exercise of its powers under section 11(1) of the Central Goods and Services Tax Act, for granting general and unconditional exemption from whole tax in respect of supply of services specified in the said notification, suggests that a supply which attracts nil rate of tax generally and unconditionally is a supply exempt from tax. The notification, issued for granting exemption from whole tax generally and unconditionally,  grants exemption from so much of tax which is in excess of amount of tax computed applying nil rate of tax. Section 9(1) the CGST Act is tax levy provision of the said Act. Effect of notification, referred to above, is to amend the rate of tax provided in the tax levy provision of the CGST Act. After issue of notification effective rate of tax becomes nil and the supply becomes exempt from whole tax. 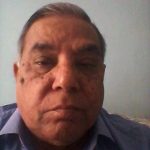