Refund of ‘Input Services’ along with Inputs under Inverted Duty Structure

It has been almost an eternity since the manufacturing sector is suffering from being burdened with higher rate of taxes paid on availed services which are used significantly for supply of goods with lower rate of taxes. Much to the relief of these manufacturers now, the High Court of Gujarat in the case of VKC Footsteps India Private Limited vs Union of India has struck down the portion of explanation (a) to Rule 89(5) of the CGST Rules to the extent of restricting the claim of refund of Input Tax Credit availed on Input Services under inverted duty structure!

Section 54(3) of the CGST Act allows tax payers to claim refund of ‘any unutilised Input Tax Credit’ (may it be, inputs, input services or capital goods) in cases of:

Whereas, Rule 89(5) of the CGST Rules prescribes a formula for computation of refund of ITC under inverted duty structure and further through its explanation (a) restricts the claim of refund of ITC only on inputs, closing the doors on refund of ITC availed on input services and capital goods.

Well, the High Court of Gujarat has recognised the aforesaid anomaly under the GST Laws and has emphatically held that a tax payer is entitled to refund of ITC availed on Input Services along with inputs which are used in supplying goods under an inverted duty structure. The Hon’ble High Court held as under:

In addition to the factors considered in the judgement, it is worth noting that Section 54(3) does not empower the Government to construct rules under the said provision for its effective implementation. Without the powers extended by the main provision, any rules made thereunder shall not stand the legal test and would be regarded as void. Perhaps, the Government may take shelter under Section 164 of the CGST Act which provides powers to make rules to the Government, on recommendation of the GST Council.

In essence, this is certainly a heart-warming decision which will eliminate the hardships faced by the registered persons falling under the inverted duty structure by reducing their costs. However, it wouldn’t be wrong to say that this judgement is the beginning of another series of litigation under the GST refund mechanism. Keeping this judgement in mind, it is just a matter of time before the tax payers knock the door of the courts with petitions seeking relief for denial of refund of unutilised ITC even on capital goods in case of zero rated supplies without payment of taxes. The same analogy may be drawn by the tax payers with the language used in Section 54(3) is ‘any unutilised ITC’ which undoubtedly includes capital goods as well.

It is the need of the hour for the Government to take this up as an agenda in the upcoming GST Council meeting and amend the law accordingly to extend refund of ITC of input services along with inputs under the inverted duty structure and refund of ITC on capital goods in case of zero rated supplies without payment of taxes. At this juncture, an amendment is eagerly awaited to reduce the strain on the judicial system by preventing the queueing up of petitions before the High Courts and save their invaluable time. Everything said and done, we are hopeful that this judgement will pave the way for another much needed reform in the GST Regime under the refunds segment – a change for the good of the tax payers! 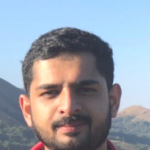 Vlogging A New Industries And Tax Applicability on Vlogging?
What is SEZ, GST Implications on Companies Located In SEZ?
Deficiency in the GST portal has to be covered up manually and can’t be a excuse for not amending BOE
CGST & Central Excise officials make arrests in Mumbai
Weekly newsletter from Chairman, CBIC dated 27/09/2021