Specific transition provision has been stipulated vide Section 159 and 160 for works contract/ periodic supplies as under:

Section 160, Notwithstanding anything contained in section 12 and 13, no tax shall be payable on the supply of goods and/ or services made on or after the appointed day if the consideration for the said supply has been received prior to the appointed day and the duty or tax payable thereon has already been paid under the earlier law’

> As per the above, it appears that in case of periodic/ continuous supply of goods/ services, GST Act would not apply on advances received prior to the GST law for goods/ services to be provided during the GST regime, provided tax has been paid on the same. This provision does not cater to the scenario where tax has not been paid, but is payable under the earlier law post enactment of the GST regime.

> Also, there is no provision for treatment of supplies prior to the GST law, where either the invoice has not been raised for the same, or payment has not been received, or tax has not been paid, prior to enactment of the GST law. This could result in dual taxation, both under the previous regime as well as under the GST regime.

Contractors would need to examine the coverage of the transition provision as to whether implications for all its possible transactions during the transition period are clear.

1. Contractors should raise running account bills for the work done till 25.06.2017 before 06.2017, so the impact of GST @18% can be avoided, but contractor should take  receiving of bills submitted to the contractee (client of the contractor) for his record.

2. If any Advance payment has been received from contractee (client of the contractor) before 30.06.2017 then Contractor should pay Service tax @6% to avoided impact of GST @18%. In case the project is exempted under notification no. 25/2012(service tax)  than in such case service tax shall not be payable. However it very important to show  exempted/Taxable Work Contract service in ST-3 return (April 2017 to June-2017) 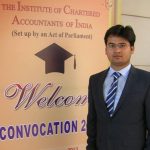