An attempt has been made to cover all aspects of E Way Bill generation in this article . For better understanding and keep the article concise , contents have been divided in four parts .

E-way bill is an electronic waybill generated on the GST portal for the movement of goods. The provisions of e – way bill have been made effective from 01 April 2018 all over India for interstate movement of goods. State Government have powers to waive requirement of e way bill for movement of goods within states for specified area ( Rule 138(14) (d) of CGST Rules

Any supplier/agent is transporting goods where the consignment value greater than Rs. 50000 is required to generate and produce this e-way bill. 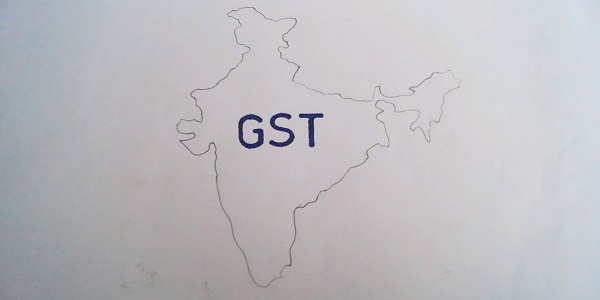 (a) Consignment value includes CGST,SGST,IGST and cess , if any .

(b) It shall exclude the value of exempt supply of goods where the invoice is issued in respect of both exempt and taxable supply of goods . (Explanation 2 to Rule 138(1) of CGST Rules ).

2. When E Way bill need to be generated, irrespective of value of the consignment

E Way bill need to be generated , irrespective of value of the consignment in the following cases :-

(a) When goods send by a principal locate in one state to a job worker located in another state. ( 3rd proviso of rule 138(1) of CGST Rule.

(b) Handcraft goods transported from one state to other by a person exempted from obtaining registration under sec 24(i) & (ii) of CGST Act .( 4th proviso of Rule 138(1) of CGST Rules 2017 )

(a) E way bill is required for movement of goods in relation to supply.

(b) E way bill is required for movement of goods even for reasons other than supply.

(i) Sending construction material to & from site

(c ) E way bill is also required to be generated for following mode of transportation:-

(i) Goods transported in own vehicle / Hired Vehicle / Public transport

(b) Goods are being transported by non -motorised conveyance

(c) Goods are being transported from the port, airport, air cargo complex and land customs station to an inland container depot or a container freight station for clearance by Customs;

(d) Goods movement within such areas as are notified under clause (d) of sub-rule (14) of rule 138 of the Goods and Services Tax Rules of the concerned State;( Each state has been delegated power s to grant exemptions from provisions relating to e way bill within area notified .

(g) Goods being transported are treated as no supply under Schedule III of the Act.

(h) Goods being transported are transit cargo from or to Nepal or Bhutan.

(i) Goods movement caused by defence formation under Ministry of Defence as a consignor or consignee.

(l) Goods are being transported upto distance of twenty kilometers from the place of business of the consignor to a weighbridge for weighment or back , subject to condition that movement of goods accompanied by delivery challan issued in accordance with rule 55.

5. Who is required to generate e way bill

(a) Consignor is required to generate e way bill before movement of goods.

(b) Consignee is required to generate ,if consignor is unregistered.

(c ) Transporter on authorization received from the registered person.

(d) E Commerce operator on authorization received from the consignor.

(e) Courier Agency on authorization received from the consignor.

(g) A person ( though exempted from registration under sec 24 of CGST Act 2017) causing movement of handicraft goods.

(a) Only one e way bill can be generated for one invoice / document . (Amendment in April 2019)

(b) Bulk generation of e way bill is possible – New e way bill generation tool has been uploaded on e way portal on 01 Oct 2018. Under this tool , one can prepare JSON file to generate large number of e way bills in one go.

(d) Multi vehicle option is available on e way portal . When a taxpayer / transporter wants to move the consignment of one e way in multiple vehicles , after moving to transshipment place , he can use the ” change to multi vehicle ” sub option provided under e way bill option.

(e) E way bill for line sale ;- one e way bill is to be generated for full value of goods and invoice can be generated by salesman as & when sale take place ( Line sale means that sales man carries goods with him , goes shop to shop and sales. goods. He carries invoice book and prepare invoice on the spot.)

(f) E Way bill is required for movement of new vehicle . The temporary number of vehicle should be indicated.

(g) Consignee refuses to take delivery of goods – transporter can generate one more e way bill with the help of consigner showing it as sales return.

(h) Interstate movement of rigs, tools & spares on wheels like crane – generation of e way bill is required if value exceeds Rs 50000/- ( though IGST will not apply as it is treated neither as supply of goods nor services.

(a) Auto calculation of route distance based on PIN code :- E-waybill system is being enabled to auto calculate the route distance for movement of goods, based on the Postal PIN codes of source and destination locations. User is allowed to enter the actual distance as per his movement of goods. However, it will be limited to 10% more than the displayed distance for entry. If the PIN entered is incorrect, the system would alert the user as INVALID PIN CODE.

(b) One Invoice / one e way once E-way – once E way Bill is generated with an invoice number, then none of the parties – consignor, consignee or transporter can generate the E-Way Bill with the same invoice number.

(c ) Extension of E-Way Bill in case Consignment is in Transit • A provision is being incorporated to extend the E-way Bill, when the goods are in transit. The transit means the goods could be on Road or in Warehouse. During the extension of the e-way bill, the user is prompted to answer whether the Consignment is in Transit or in movement. On selection of In Transit, the address details of the transit place need to be provided. On selection of In Movement the system will prompt the user to enter the Place and Vehicle details from where the extension is required. In both these scenarios, the destination PIN will be considered from the PART-A of the E-way Bill for calculation of distance for movement and validity date