A Regulatory agency is a public authority or government agency responsible for exercising autonomous authority over some area of human activity in a regulatory or supervisory capacity. Regulatory Agencies are either set up under a statute or derive their powers from a statute and the rules laid thereunder.

The primary role of Regulatory agencies are as follows:

For example, Securities and Exchange Board of India Act, 1992 has set up Securities and Exchange Board of India (SEBI) which is the regulator of securities market in India. SEBI formulates regulations for the capital market and it also adjudicates disputes. The Competition Commission of India (CCI) is set up under the Competition Act, 2000 and it ensures that there is no abuse of dominance of an organization in the market and that there is a level playing field. It prohibits agreements entered into between organisations which are anti-competitive in nature which could hamper the growth in the market. Further, CCI is a quasi-judicial body which adjudicates disputes pertaining to anti-competition.

1. SEBI which amongst other things, specifically regulates the functioning of the listed companies;

3. Insurance Regulatory and Development Authority of India (IRDAI), an autonomous apex statutory body which regulates and develops the insurance industry in India.

By virtue of the powers vested in the Regulatory agencies under the statute, the task of certification and granting of licenses is also carried out by the authorities themselves or assigned to other officers.

Therefore, on the basis of the nature of the business and the statute governing the industry, the entity will be governed by various Regulatory agencies. Some examples are given below:

1. The banks are governed by the Banking Regulation Act, 1949 and RBI is the primary regulator. Moreover, a bank whose shares are listed on the Stock Exchange are also regulated by SEBI. Issues related to insolvency and non-performing assets are addressed by the Insolvency and Bankruptcy Board of India (IBBI).

2. Telecom Regulatory Authority of India (TRAI) is the regulator for the telecommunications sector in India. TRAI is charged with ensuring the orderly growth of the telecom sector while protecting the interests of both telecom service providers and consumers. Under the Indian Telegraph Act, 1885, the Central Government is the exclusive authority for establishing, maintaining and working telegraph and wireless telegraphy equipment and has the authority to grant licenses for such activities.

3. Food Safety and Standards Authority of India (FSSAI) is the regulator responsible for protecting and promoting public health through the regulation and supervision of food safety. Under the Food Safety and Standards (Licensing and Registration of Food Businesses), Regulations 2011, Central and State Licensing Authorities are appointed. License for commencing or carrying on food business shall be granted by the Licensing Authority.

4. Central Drug Standard Control Organization (CDSCO), established under the Drugs and Cosmetics Act, 1940, is the regulatory authority which regulates the drugs and cosmetics industry in India. The Bureau of Indian Standards (BIS) issues standards for ingredient usage in cosmetics. Whereas, for the sale of drugs in India, the licensing authority is the State Drug License Authority (SDLA).

This can be summarised in the following manner: 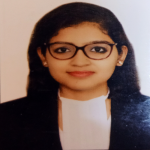