In writing, there is an art. And in art, there is a draft…so step into factual, legal status and let it drip from your fingertips…

ABSTRACT: Drafting may be defined as the synthesis of law and fact in a language form. In other words, legal drafting is the crystallization and expression in definitive form of a legal right, privilege, function, duty, or status. It is the development and preparation of legal instruments such as constitution, statutes, regulations, ordinances, contracts, wills, conveyances, indentures, trusts and leases, etc. The process of drafting operates in two planes: the conceptual and the verbal. Besides seeking the right words, the draftsman seeks the right concepts. Drafting, therefore, is first thinking and second composing.

– for carrying out documentation departmentally;

– for interpretation of the documents.

Because of the lack of rigorous training, the young lawyers often indulge in prolixity rather than clarity and conciseness. Many dead-sure-win cases drag on for years in the courts only because of faulty drafting. Irrelevant matters, unnecessary details are often included and the facts placed before the learned counsel by his client are not marshalled. The result is that the martial facts are often mixed up with inessential matter.

According to Lord Halsbury – “Where system of pleading may exist, the sole object of it is that each side maybe fully alive to the questions that are about to be argued in order that they have an opportunity of bringing forward such evidence as may be appropriate to the issue”.

Drafting, in legal sense, means an act of preparing the legal documents. A proper understanding of drafting cannot be realised unless the nexus between the law, the facts, and the language is fully understood and accepted.

Conveyancing is an art; an art of drafting deeds and documents whereby any right, title or interest in an immovable property is transferred from one person to another.

Pleading is an art, of course, and art which requires not only technical and linguistic skill but also an expert knowledge of the law with the power to turn the facts on favour.

Even experienced counsel and attorneys are not infallible and sometimes make mistakes. However, in the matter of pleadings longer experience and a great linguistic acumen are both essential ingredients. What ultimately a matter is how chronologically and relevantly the facts been presented before the Adjucating Authority. The old style of drafting of documents of the Eighteenth Century has given way for comprehensiveness, exactitude and clarity of expressions.

“The particular qualities that distinguish the modern style of drafting – the use of definitions, division into numbered paragraphs and sub-paragraphs with marginal notes, the growing disuse of the form ‘shall’ in stating circumstances and conditions, the use of one word (as ‘convey’ or ‘assign’) for the jumble (grant, bargain, sell, alienate, release, confirm and enforce or bargain, sell, assign, transfer, set-off and confirm) that had often previously been necessary or thought to be so are to be found in any current set of precedents.”- E.L Piesse & Gilchrist Smith: The Elements of Drafting.

Legal implications of Drafting – Drafting of documents significantly is crucial part of legal documentation. Documents are subject to interpretation when no clear meaning could be inferred by a simple reading of the documents. The legal implications of drafting, which could be avoided if drafting principles are thoroughly adhered to, are here as under:

01. Double and doubtful meaning of the intentions given shape in the document.

02. Inherent ambiguity and difficulties in interpretation of the documents.

03. Difficulties in implementation of the objectives desired in the documents.

04. Increased litigation and loss of time, money and human resources.

According to Fowler, “anyone who wishes to become a good writer should endeavour, before he allows himself to be tempted by more showy qualities, to be direct, simple, brief, vigorous and lucid.”

The principle referred to above may be translated into general in the domain of vocabulary as follows:

– Prefer the short word to the long (short word is easily grasped).

– Prefer the Saxon word to the Roman (use of Roman words may create complications to convey proper sense to an ordinary person to understand).

– Always prefer active voice to the passive voice in the drafting of documents.

Sketch or scheme of the draft document – It is always advisable to sketch or outline the contents of a document before taking up its drafting. This rule is suggested by Mr. Davidson, a celebrated Authority on Conveyancing in his book on Conveyancing, where the learned author says as follows:

“The first rule on which a draftsman must act is this-that before his draft is commenced, the whole design of it should be conceived, for if he proceeds without any settled design, his draft will be confused and incoherent, many things will be done which ought to be done and many left undone which ought to be done. He will be puzzled at every step of his progress in determining what ought to be inserted and what is to guide him in his decision because he does not know what his own object is.”

The importance of the above rule cannot be overemphasized and it should be observed by every draftsman.

Skelton draft and its self-appraisal – After the general scheme of the draft has been conceived, the draftsman should note down briefly the matters or points which he intends to incorporate in his intended draft. In other words, he should frame what is called a “skeleton draft” which should be filled in or elaborated as proceeds with the work. Once the draft of the document is ready, the draftsman should appraise it with reference to the available facts, the law applicable in the case, logical presentation of the facts, use of simple language intelligible to layman, avoidance of repetition and conceivable mis-interpretation, elimination of ambiguity of facts, and adherence to the use of Fowlers’ Rules of drafting so as to satisfy about its contents.

Special attentions to be given to certain documents require extra care before taking up the drafting. It must be ensured that contractual obligations are not contrary to the law in the document, where the facts so warrant to ensure.

For an instance, in all the documents where transfer of immovable property is involved through any of the prescribed legal modes, it is necessary to ensure the perfect title of the transferor to such property proposed to be transferred by causing investigation and searches in relation to such title done through competent lawyers or solicitors in the concerned offices of Registrar of Assurance, local authorities, Registrar of Companies (in the case of the vendor being a corporate unit) etc. Additionally, the requisite permissions required under different enactments viz., Income-tax Act, Land Ceiling Laws, Companies Act, Lessor’s consent in the case of leasehold land, or any compliance desired under other Central or State Laws or personal laws etc. should be planned to be obtained in advance and recited in the documents wherever thought necessary.

SUGGESTION: Conclusively, first form a clear idea of what the intentions are. Must note down the most important requirements of law which must be fulfilled while drafting complete instrument on the subject. Knowledge of law in general and knowledge of the special enactments applicable in a particular situation is an essential requirement to ensure that the provisions of the applicable law are not violated or avoided.

It is also to be ensured that the format of documents adopted adheres to the conventions in vogue in the business community or in the ordinary course of legal transactions. For any change in the form of document, use of juridical and technical language should invariably be followed. The statements of negatives should generally be avoided. The draft should be strictly logical. 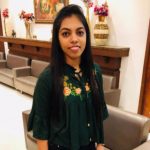