Interest on Delayed Payment of Tax under GST

Interest On Delayed Payment Of Tax- Whether Payable Under The GST Act?

According to sec 50(1) of the CGST Act 2017, every person who is liable to pay tax in accordance with the provisions of the Act or in accordance with the Rules made there under but fails to pay the tax or any part thereof to the Government within the period prescribed, shall for the period for which the tax remains unpaid, -pay on his own interest at such rate not exceeding 18%.

The said sec 50(2) provides that the interest under sub-section (1) shall be calculated in such a manner as may be prescribed from the day succeeding the day on which tax was due.

In this connection, attention is drawn to sec 2(87) which defines the term “prescribe” to mean prescribed by the Rules made under this Act on the recommendation of the Council. The law empowers the Government to issue the Rules to facilitate the implementation of provisions of the Act. Whenever the term “prescribe” is used in the Act, one must draw the reference to the relevant Rules that may be issued in respect thereof. As on today there is no rules have been framed providing the manner for calculation of the interest liveable under sub section 50(1) of the Act. Accordingly, the manner of calculation of the interest as provided in sec 50(1) has not been prescribed in the Rules. The provision of section 50(1) of the Act providing for levy of interest cannot therefore be given effect to.

In this connection, the decision of Gauhati High Court in Santhosh Kumar Harlalka Vs State of Assam & Ors, (1995), 2 GLR 95 may be referred to. In this Case, Sec 27 of the Assam General Sales Tax Act 1993 provided for deduction of tax at such rates and in such manner as may be prescribed. The rate and manner of deduction of tax was not prescribed by framing the relevant Rules. The tax can be deducted at source not only on the basis of the “prescribed” rate but also in the manner taking the plain meaning of sec 27(b) of the Act, it was held that some manner regarding deduction of tax has to be prescribed. This has not been done. hence, no tax can be deducted at source in the facts and circumstances of the said Cases.

In Captain Sube Singh & Ors Vs Lt. Governor of Delhi (2004)  Sec 440,  referring to the decision of the Apex Court CIT Vs Arjun, the Apex court held as under

“29. In Anjum M.H Ghaswala [ CIT Vs Arjun M.H Ghaswala, (2002) 1 Sec 633] a Constitution Bench of this Court reaffirmed the general rule that when a statute vests certain power in an authority to be exercised in a particular manner then the said authority has to exercise it only in the manner provided in the statute itself. The statute in question requires the authority to act in accordance with the rules for variation of the conditions attached to the permit”.

The Apex court in the case of Govind Saran Ganga Saran Vs CST reported in (1985) Supp SCC 205 held as under.

’’ The components which enter in to concept of a tax are well known. The first is the character of the imposition known by its nature which prescribes the taxable event attracting the levy, the second is a clear indication of the person on whom the levy is imposed and who is obliged to pay the tax, the third is the rate at which the tax is imposed, and the fourth is the measure or value to which the tax will be applied for computing the tax liability. if those components are not clearly and definitely ascertainable, it is difficult to say that the levy exists in point of law. Any uncertainty or vagueness in the legislative scheme defining any of those components of the levy will be fatal to its validity.”

The Apex Court again in the case of CIT Vs B.C. Srinivasa decision made a similar observation. In the present case, the calculation procedure for levy of interest had not been prescribed by framing the Rules and; therefore it can be construed that there is uncertainty in the Act & the same will therefore be fatal to its validity.

It is now a well settled law that interest can be levied and charged only if the statute levies and charges the tax and makes substantive provisions therefore.

Sec 50(2) provides that interest as liveable under sub-section (1) of Sec 50 of the CGST Act may be calculated in such a manner as may be prescribed. Since the said manner has not been prescribed in the Rules as yet, the question of charging and levying interest does not arise at all as per extant provisions. 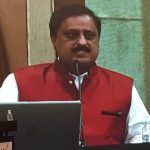