‘Interest’ on Net Tax Liability under GST – Light at the end of Tunnel?

The interest liability for any belated remittance is an economic consequence. The tax laws are no exception to this rule. GST law provides for interest @18% on the delayed remittance of the tax after due date.

A question was raised as to whether the interest has to be paid on Gross Tax liability (i.e. the total output tax) or on the Net Tax Liability (i.e. the Tax liability remaining unpaid after adjusting the Input Tax Credit in other words, liability paid in Cash). The application of common sense makes it clear that ‘interest’ applies only on the Net liability since the input tax credit is mere adjustment of the tax already paid to the Government and what is delayed to be remitted is only the Net liability in cash. The cursory reading of the section 50 of CGST Act, 2017 suggests so. However, the complexity of GST law is enhanced by the advance rulings, confusing circulars, over cautious approach of some people. The subject matter of interest liability is fine example to show how a simple & plain matter can create utter confusion & complicate the decision making process under GST law. The story of ‘interest liability’ has taken many twists & turns as elucidated below.

It started with the GST council in its 31st meeting recommending the amendment in GST law to specify that interest is liable only on the ‘Net liability’ paid in cash. Truly speaking, this is wholly unwarranted and would have avoided the battle of the taxpayers in this subject matter.

Then the matter has gone to the Hon’ble Telangana High Court in case of Megha Engineering and Infrastructure Limited vs. C.C.T, 2019-TIOL-893-HC-TELANGANA-GST wherein it was held that the interest has to be paid on Gross Tax Liability. However, the review petition is admitted by the HC and pending as on date.

Honouring the GST council recommendation, the Central Government vide Finance Act, 2019 has amended GST law to specify that the interest will be paid only on the net tax liability. Taking analogy that the amendment would be prospective, the Revenue department started issuing notices & initiated recovery proceeding by attaching bank accounts and deducted the amounts directly from the bank account of the registered persons & further the CBIC further with his twitter handle on 15.02.2020 clarified that the amendment will be made on prospective basis & till the amendment is made effective the interest has to be paid on Gross tax Liability. In this process certain taxpayers have filed writ petitions contesting the demands and got a stay while some taxpayers paid/recovered by the department. Meanwhile, the Hon’ble HC of Madras in case of Refex Industries Vs AC of CGST 2020-TIOL-382-HC-MAD-GST held that interest is only on the net liability.

Considering the Hue & cry across the Country, the GST Council in its 39th Meeting has recommended for retrospective amendment.

There was an expectation that Government may come with another amendment in CGST Act, 2017 as notification is incapable of making retrospective effect in line with GST council recommendation. Instead, the CBIC has chosen the issuance of press release to assure that recoveries will not be made for the past period. While it is unknow as to why CBIC has chosen the press release route instead of law amendment or at least a circular, There were apprehensions on the binding nature of press release but the section 168 of CGST Act, 2017 can save from such worries to great extent.

The following course of actions are suggested

In view of the above, the author believe that there is light at the end of tunnel and strongly hope that the Revenue officers would implement the GST law read with press release in its true spirit. 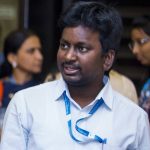