On 29th March, 2019 the Government has issued various notifications under CGST (rate) which have brought in substantial Change in the mode and manner of levying GST on the real estate transactions. Some of the major changes are:

1.  The rate of GST for the flat purchaser has been reduced to 1% for affordable housing and 5% for other flats from the earlier 8% and 12% rate respectively.

2. The liability of GST on the “development rights”, “TDR” and the “lease premium” is postponed to post completion of project.

3. The levy of GST on the supply of service in the form of “development rights” has been pushed on the Developer from the Land Owner under the reverse charge mechanism.

In this article let’s discuss some major changes made in the liability of GST on the “development agreements” between Land Owner and the Developer.

Under the earlier scheme, GST was leviable on the following two services involved in the development agreements :

1. Supply of service in the form of development rights by the Land Owner to the Developer was covered by Notification no. 04/2018 dated 25/01/2019 at the rate of 18% on the value of development rights. According to the said notification, GST was required to be paid by the Land Owner at the time when he would get possession of or title of his share of constructed area.

GST on supply of Development Rights:

The above notification dated 25/01/2018 was a subject matter of a lot of heart burn for the real estate developers as it increased the cost of development rights. In fact, the developers and land owners started using ingenious methods to wriggle out of such tax liability as it would hamper the cash flow at the beginning of the project. Bombay High Court even witnessed some writs being filed by the Developers challenging the constitutionality of charging GST on development rights. Although no opinion of the court is as yet available.

The real estate committee formed for reforming GST awoke to the plight of developers and land owners due to continuous representation by various associations. Accordingly, it was decided to give stimulus to the already bleeding real estate sector by bringing in amendment through notification number 3,4,5 and 6 dated 29/03/2019.

There has now been a major shift from the earlier scheme of levying GST on such “development rights” which is being discussed hereunder:

As per notification no. 4/2019 dated 29th March 2019, GST on the supply of development rights is now to be paid by the developer instead of the land owner under the “reverse charge mechanism”. This incidence of tax is shifted from the Land Owner on to the Developer which is a major departure from the earlier scheme where the land owner was liable for the GST being supplier of service i.e. Development Rights.

The liability of reverse charge on developer has been offset by giving major relief to the developer. Accordingly, such liability of GST on reverse charge shall now arise only after the project is completed. No GST on the supply of development rights is required to be paid either at the time when the development agreement is executed or during the course of development of the project. The project is deemed completed when the competent authority issues the completion / occupancy certificate.

The GST calculated as above is to be further restricted up to a maximum of 1% / 5% of the value of the unsold stock as on the date of receipt of the completion / occupancy certificate. This means that the GST liability on development rights cannot exceed the normal rate of GST applicable on the units in the project.

This amendment is a welcome step since it will help the developer in reducing the requirement of funds at the beginning of the project. Moreover, it removes any aberration of double taxation and yet the government would receive GST on units sold during construction stage as well as on the units which remain unsold after completion of the project.

GST on constructed area given to Land Owner:

The GST on the constructed area given to the Land Owner in consideration of the development rights given by the landowner to Developer continues to be liable for GST. As per notification no. 3/2019 the liability for payment of GST would arise on the date units are allotted to the landowner by the developer through some agreement or document like an allotment letter after the plans are sanctioned. Such allotment of units to the land owner shall be treated as sale by the developer and hence it will attract GST at the rate of 1% / 5%.

Accordingly, the Land Owner would be required to pay GST at the rate of 1% / 5% to the developer. However, in order to avoid double taxation, the government has provided relief to the land owner. As per notification no. 3/2019 the land owner can claim credit of such GST paid against the GST collected from the purchaser of the unit if such unit is sold under construction. Therefore, in the final analysis the land owner would be liable for GST only on those units which are retained by him on the date of obtaining completion/occupancy certificate from the competent authority.

An issue though which remain unaddressed by the government is the valuation of the constructed area given to the land owner for the purpose of levy of GST. As per notification no. 3/2019 dated 29 March 2019, the value of the units allotted to the landowner is taken at the same value which is charged for other Units at the time when units are allotted to the land owner. This manner of valuation is de-hors the market reality and basic commercial understanding and is beyond comprehension. This is because what essentially the land owner is getting is only free constructed area and not the proportionate land since he continues to be the landowner in case of development agreement. Hence the value of flat allotted to Developer to the land owner would be much less as compared to the free sale in the open market where the purchaser is getting proportionate rights in the land also in addition to the constructed area.

A question arises as to whether there would be any liability of GST on the revenue sharing model of development agreement whereby the landowner supplies development rights to the developer in exchange of share of revenue from the sale of units instead of sharing the constructed area.

Although the Government has made major positive changes in the GST on development agreements yet one cannot say that the entire matter is free from doubt. Issues relating to society redevelopment and manner of valuation of tenant’s area continues. The Developers will continue to face major heat in society redevelopment transaction because the tenants usually do not sell the units until completion / occupancy and hence the GST on execution of redevelopment agreement would be a major front-end cost to the developer with no input credit. The valuation of such tenant’s area is also unreasonably kept equivalent to price of free sale area and hence the levy of GST would be very hard on the developers. 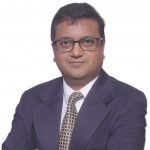