Ushering in a New India with historic decisions

The year 2017 has marked the beginning of the dream of a New India. The present Government under the leadership of Prime Minister Narendra Modi is forging ahead to usher a revolution of world-class infrastructure, enhanced connectivity and an India that shines on the global map.

In a monumental move the Government announced a number of decisions spanning various sectors. The decisions seek to give an impetus to the development missions that the Government has charted for the progress of the country. The remarkable progress seen in various sectors including economy, infrastructure, and housing has paved the way for such significant projects and implementations.

The announcements were made during the press conference at National Media Centre in New Delhi. During the press meet, Finance Minister Arun Jaitley said that India has been the fastest growing major economy for the last three years and the reforms and changes are an attempt to maintain the high growth rate. During the meet, a presentation was showcased at the briefing where Economic Affairs Secretary S C Garg said that a major concern, inflation, has consistently come down since 2014 and will not cross 4 per cent this fiscal.

Following are the highlights that phrase the economy under the Narendra Modi Government:

The Average GDP has surged around 7 per cent in the last three years. April 2017 saw inflation at a mere 2.99 per cent as against 8.33 per cent when the Modi Government came into power. With FDI inflow of $149 billion (until December 2016), India is regarded as an investor’s paradise. Foreign exports have clocked an average growth of 21 per cent In three months ending April 2017. Forex reserves are at a record high. From $312.2 billion, the dollar reserves with the RBI has swelled to $370 billion as of March 2017.

Fiscal deficit has been steady since the last 4 years. The graph indicates that continued commitment to gradual fiscal consolidation is intact. This is stable with the objective of a deficit at 3.2% of GDP this fiscal. 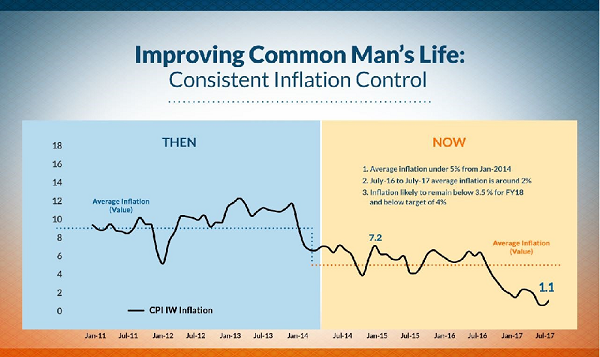 The Government has also made efforts to control inflation to ensure better quality of life for the common man, with the average inflation rate not allowed to rise beyond 5% since Jan 2014. July 2016 to July 2017 saw the average inflation go further down to around 2%. The statistics forecast that the level of inflation will not cross 3.5% for the Financial Year 2018. 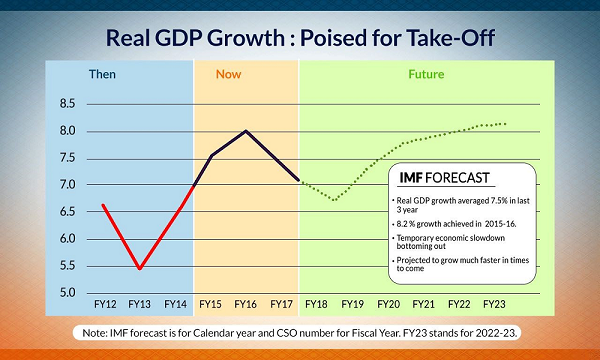 According to the forecast by International Monetary Fund, the average GDP has risen at an average of 7.5% in the last 3 years. The best was 8.2% growth upsurge in the period 2015-2016. The projections predict a brisker rate in the approaching future.

The value of Indian goods and services exported have crossed the goods and services it imports (Current Account Deficit displays higher self-reliance with a constancy of less than 2% of GDP since FY14CAD) In the Financial Year 2017, the Current Account Deficit dipped to an all-time low of -0.7% of the GDP since the Financial Year 2006.

India has become a trusted destination for global investors as Forex reserves reach $400 billion, which is a record high since Independence. Since January 2014 there has been an aggregate of $100 billion accompanied by an import cover that crosses 1 year. 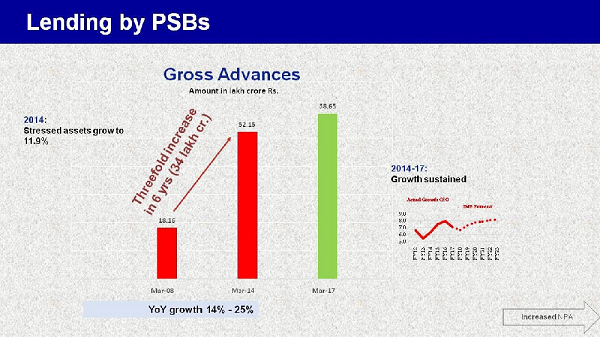 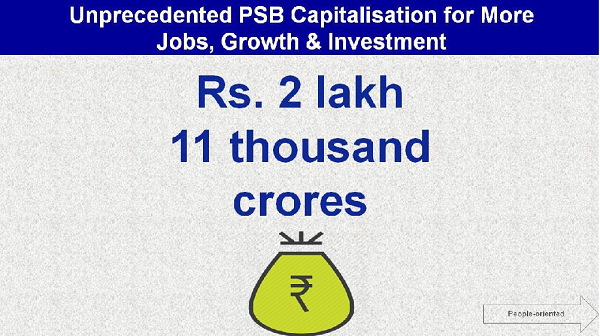 In depth analysis was carried out to come up with productive solutions wherein assets will be restructured to identify Non Performing Assets. 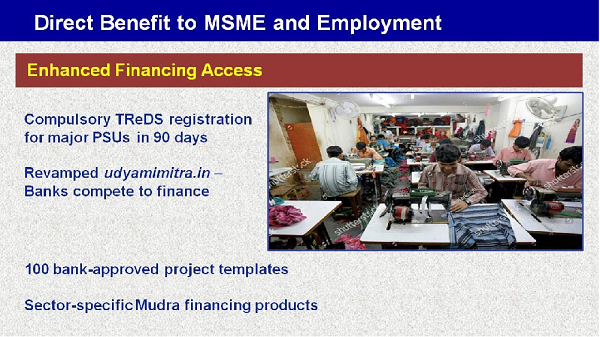 Better ways of accessibility to finances will be directly beneficial to MSMEs and job generation. It has been made mandatory for PSUs to register for Trade Receivables Discounting System (TReDS) within a period of 90 days. 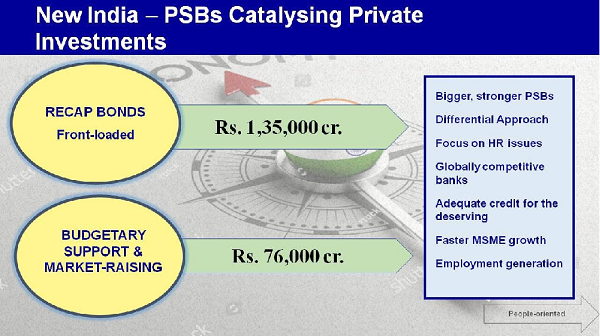 Recap Bonds have been allocated Rs 1, 35, 000 crores along with a budget support and market funding of Rs. 76, 000 crores. Banks to be at par with international competition with sufficient credit balance for those who deserve. 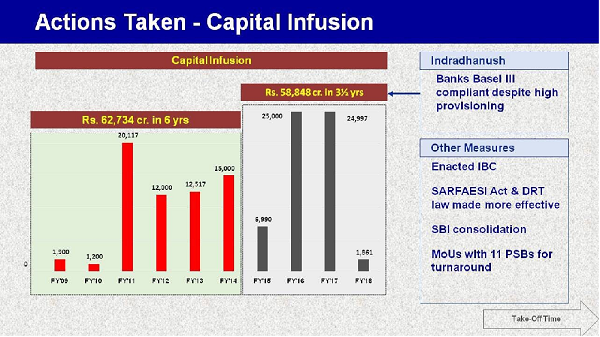 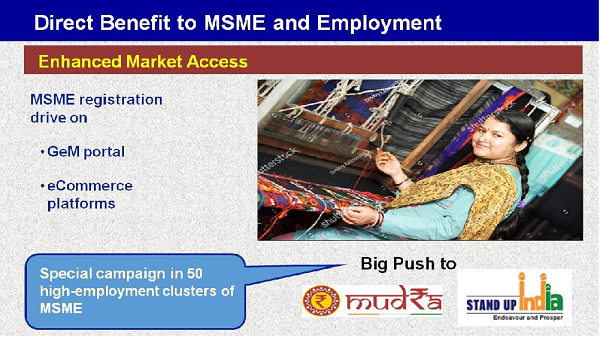 Increased market accessibility has made it easier for MSME to register on the GeM portal or eCommerce platforms. By boosting Mudra and Stand Up India, MSME and employment has experienced constructive benefits.

The Government’s consistent efforts to boost infrastructure were supported by a series of announcements focused on large scale projects. The projects will help in generating employment opportunities, increasing connectivity and accessibility while at the same building a world class infrastructure.

Connecting economic corridors across the country, the Government intends to builds roads to progress and prosperity over the next 5 years under its historic road building program. The coming 5 years will witness 83,677 km of roads to be built involving capex of Rs 6.92 lakhs crore. This will not only give a booster shot to the country’s infrastructure but also generate 14.2 cr mandays of job, improving the contentions of the country and living of the people.

Cabinet under the chairmanship of Prime Minister Narendra Modi approved the biggest highway development plan. The project aims to develop and expand more than 83,000 km of roads at an investment of Rs 6.9 lakh crore by 2022.

The far reaching positive consequences of the project will ensure a solid foundation for India’s infrastructure. The highway development project will include the 28,400 km Bharatmala highway programme which connects border areas and improves international, port and coastal connectivity. The programme also improves highway corridors connecting key economic and commercial area apart from the 800 km of expressways. 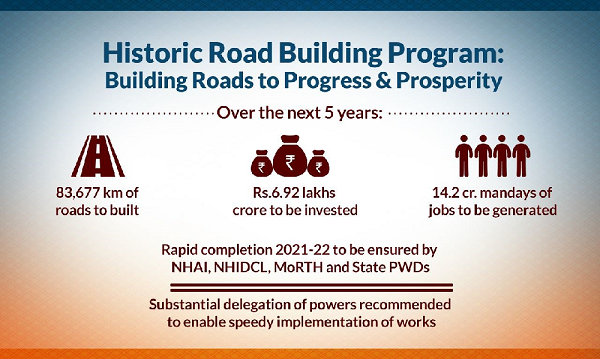 The Government has identified new routes between economically important cities that would be 20% longer in terms of distance but take relatively less travel time. The shortest road route between Mumbai and Cochin at present is 1,346 km, which takes 29 hours. However, the government has identified a 1,537-km route on this sector that will reduce travel time by five hours. Similar to this, shorter route between Ludhiana and Ajmer has been identified for connecting the economically important nodes. The usual route taken up by the travelers is of 627 km which takes nearly 10 hours which is 45 minutes longer than the preferred route.

The plan also involves developing border roads that will enhance national security. Roads over a distance of 3,300 km are proposed to be constructed along the eastern and western border. Out of this, a stretch of 1000 km will be completed in the first phase of the project. The development of coastal roads will also improve port connectivity and enable port led development and coastal tourism. 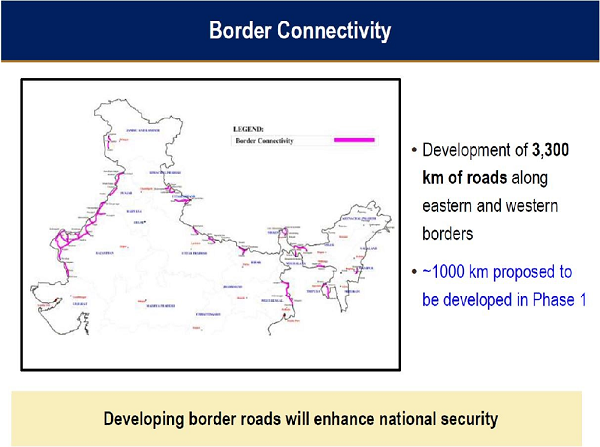 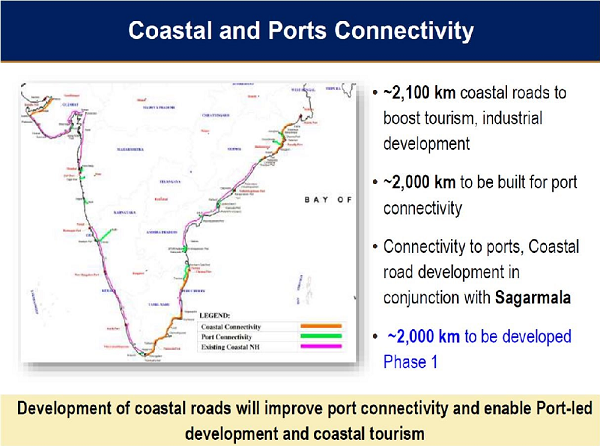 India’s trade with its eastern neighbors will improve due to improvement in road infrastructure till border points. India’s mercantile trade with Bhutan, Bangladesh and Nepal was $12 billion and linking Bangladesh-Bhutan-India-Nepal motor vehicles agreement and India-Myanmar-Thailand trilateral highway will make India’s northeast region “a hub of East Asia trade”. 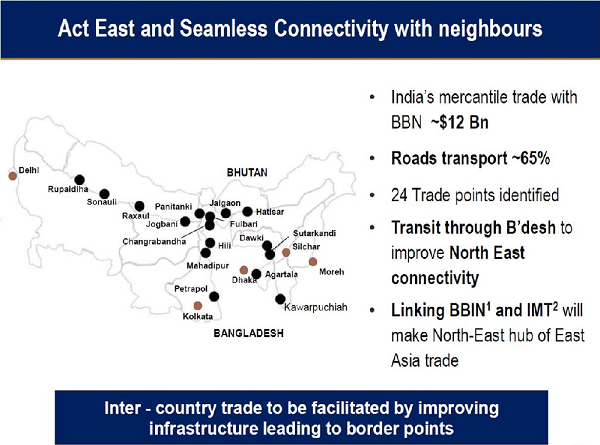 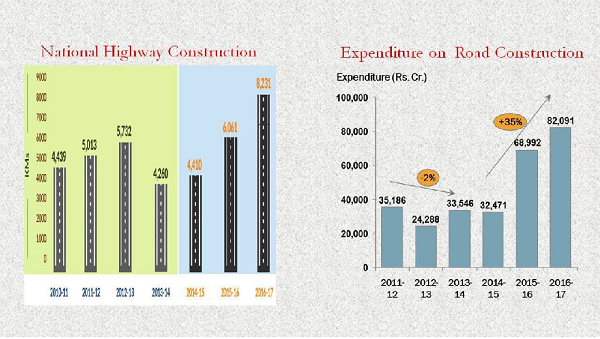 Referring to the Pradhan Mantri Gram Sadak Yojana, Rs 88,185 crore will be spent by the central and state governments over the next three years. Under the yojana, 1,09,302 km of rural roads will be laid to cover 34,434 habitations. In addition, 5,411 km of roads will be upgraded and new roads will be completed in three years in the districts affected by Left Wing Extremism. 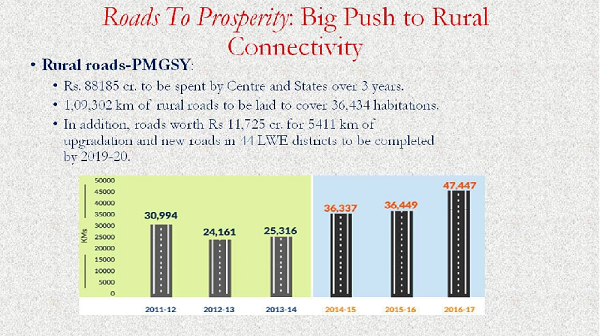 To stimulate the economy, another important sector, Railways will receive and outlay for spending which has been set at Rs 1.31 lakh crore. Of this, Rs 50,762 crore has been spent till August-end. 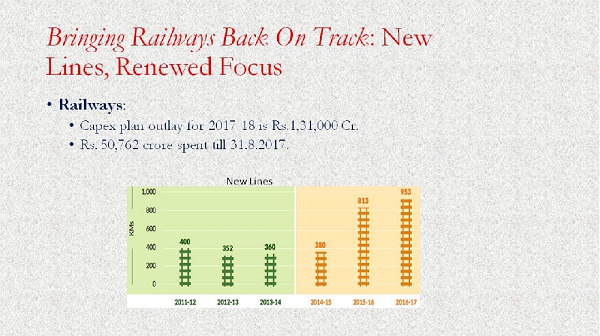 The Government’s vision has always put the needs to the common first and all policy decisions adhere to this vision. The recently launched Saubhagya Yojana is another step in this direction and will ensure electricity in every house. 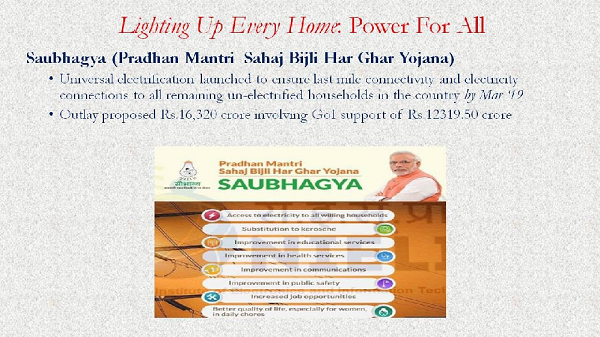 India is undergoing a transformational shift and the direction of the Government is aimed at building a New India. The transformation will encompass all sectors ensuring strong pillars for the growing Indian economy. The journey of the last three years is a testament of the Government’s resolve to build a stronger nation which is free from the clutches of past issues and hindrances.