[To be published in the Gazette of India, Extraordinary, Part II, Section 3, Sub-Section
(i)l

1. (1) These rules may be called the Companies (Appointment and Qualification of Directors) Amendment Rules, 2017.

(2) They shall come into force on the date of their publication in the Official Gazette.

2. In the Companies (Appointment and Qualification of Directors) Rules, 2014 (hereinafter referred to as the principal rules), rule 4 shall be numbered as sub rule

(1) and after sub-rule (1) as so renumbered, the following sub-rule shall be inserted namely :-

“(2) The following classes of unlisted public company shall not be covered under sub-rule (1), namely:-

(a) a joint venture;

(b) a wholly owned subsidiary; and

(c) a dormant company as defined under section 455 of the Act.”.

3. In the principal rules, in the Annexure, for Form DIR-S, the following Form shall be substituted, namely:- 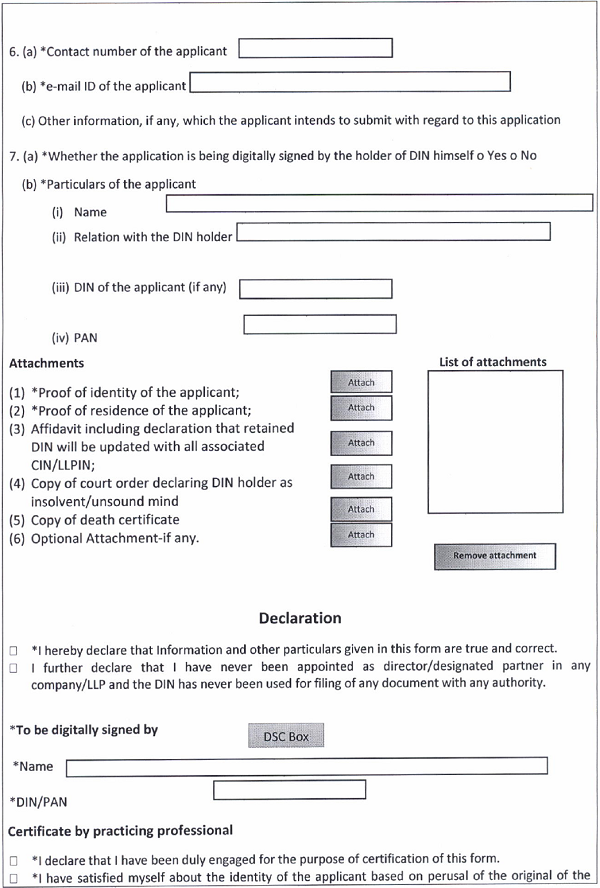 Joint Secretary to the Government of India