How to resolve technical glitches while uploading GSTR-9C?

Arjuna (Fictional Character): Krishna, GST department has come out with statistics that only 1% of GST Audit Report for financial year 2017-18 has been filed. As the due date for filing such Audit report is approaching which is 31st August, 2019. Even Government is worried for such statistics of uploading. So, what are reasons for such low percentage of filing of GSTR-9C?

Krishna (Fictional Character): Arjuna, There are many issues for uploading GSTR-9C. Even after finalizing audit, task is not yet done. Uploading GSTR-9C has been trouble. Filing GSTR-9C involves various stages like creation of JSON file. Also, uploading GST audits requires some of the pre-requisite system are like Windows Operating System should be of Version 7 and above, Microsoft Excel 2007 and above. Then we have to download GST emsigner from www.gst.gov.in. Even the Internet Explorer 10+ is required and Java 1.6 or above.

Arjuna: Krishna, as you said that we need all the above systems, are there any setting requirements which we have to change in the Internet Explorer?

Krishna: Arjuna you are right, we have to make certain changes. For this open Internet Explorer go to Tools in that Internet Option then Security then custom Level. Under Custom Level Settings you have to enable the “Automatic prompting for Active control” and also prompt “Download unsigned ActiveX Controls. Even we have to make sure that GST website is added to trusted website and check antivirus settings also.

Arjuna: Krishna, what are the common errors one witness while uploading GSTR-9C?

Krishna: Arjuna, the common errors are:· The most common error found while uploading GSTR-9C is of signing with Digital Signature. One can avoid such error by following above stated settings· One can even face error of rounding off. If there exists a slight difference in values of GSTR-9 and that feeded in offline tool of GSTR-9C. Then error report could be generated. To avoid such error one need to be precise while updating figures in offline tool.· While finalizing offline tool, one should validate every sheet and then proceed to generate JSON

Arjuna: Krishna, after all the above settings what is the next step to be taken?

Krishna: Arjuna, the main step is generating json file of GSTR9C for which the following points are to be considered-

1. While downloading the offline utility folder- there are 4 files which comes in the folder, of which one file is Ws web file which should be in the same folder in which the GSTR9C offline utility is saved.

2. Check that latest version of GSTR9C offline utility is being used, which was downloaded from GST portal.

3. GSTR9C offline utility folder should be on the local disk of the system and not on the network.

4. GST emsigner should be as run as administrator. Same settings for emsigner which is used for filing monthly GST returns should be done.

5. Every sheet of GSTR9C offline utility should be validated.

6. Chartered Accountant whose PAN is mentioned in GSTR9C should attach Digital signature before generating JSON file.

8. Then proceed to save the JSON file, save it in same folder of offline utility and Internet Explorer pop-up will open.

9. One pop-up of “Allow block content” would appear on the bottom of the screen.

10. In Internet explorer pop-up with two steps would appear. Select on “Initiate Signing” and then “Open emsigner”. Once clicked on emsigner, emsigner will open and JSON file would be generated.

Note: While generating and uploading JSON file no other application should be in use.

Arjuna: Krishna, What lesson we should take from this?

Krishna: Arjuna, uploading GST FORM-9C is not simple. Before uploading the json file the auditors have to go through many procedures for conducting GST audits. Even after finalizing the audit, uploading it is a hurdle. We should try to upload all the GST audits as early as possible as during these last days due to excess load there can be issues while uploading annual returns and audits on site.

Error and Solution for GSTR 9C-JSON

How to resolve technical Errors while uploading GSTR 9C 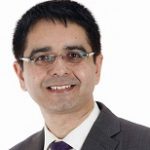 Are Large Taxpayers now Quarantined Under GST?
Ashtavinayaka, what are the Astha Mahima of Tax Audit?
Raksha Bandhan of Taxpayers!
PAN compulsory on Transaction above Rs. 2 Lakh
How will sanitizers disinfect germs of confusion under GST?
View More Published Posts