Differences in input tax credit between GSTR 2A and GSTR 3B

Scrutiny notices and intimations are floating in the recent times where department is alleging the taxpayers to reverse the excess input tax credit claimed in Form GSTR 3B as compared to credits appearing in GSTR 2A. What is the validity of such communications? Is the taxpayer legally required to reverse such credits? We will discuss the provisions of law to understand this much better.

(b) Recipient has received the goods or services or both

(c) Supplier has paid the taxes and

(d) Recipient has filed his returns.

Though Rule 36(4) of the CGST Rules 2017 was inserted from 9th October 2019, where the credits were restricted in excess of 20% of the eligible credits appearing in GSTR 2A which are not uploaded by the suppliers. This limit was further reduced to 10% from 01.01.2020 and then 5% from 01.01.2021. Effective 01.01.2022 the rule was amended removing the option to avail the input tax credit in excess. The question now is whether Rule 36(4) is constitutionally valid? Can a Rule restrict the credits which the Act does not give power. CGST Act lays down only four conditions to avail input tax credits and nowhere the Act restricts the credits based on GSTR 2A at least until 31st December 2021.

Further refer to the Hon Supreme Court Judgement in the case of Bharti Airtel Limited (Refer to my article ) where the court has clearly said that GSTR 2A is only a form for reference purpose and taxpayers have to avail the input tax credit on self-assessment basis. 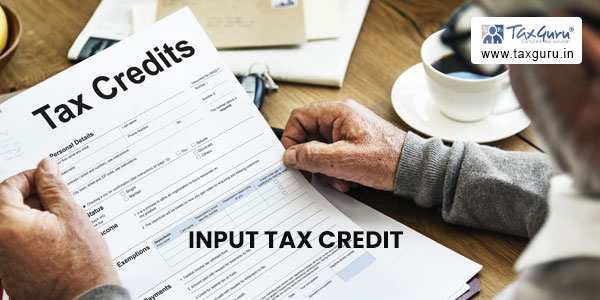 When there is no law restricting the availment of input tax credit, how can a Rule restrict it.

1. The supplier instead of filing as B2B by mistake filed as B2C in GSTR 1 and paid taxes in GSTR 3B.

2. The supplier mentioned wrong GSTN of the recipient.

3. The supplier instead of IGST mentioned it as CGST and SGST or vice versa

In the above situations though the taxes are paid by the supplier, it will not appear in the GSTR 2A of the recipient.

When the systems itself has not provided for the recipient to verify the payment of taxes by the supplier, how can then they come now and question the validity of the claim. The system failure of the Government cannot be brought to the disadvantage of the taxpayer. When GST was introduced, the original provision was to bring in GSTR 1, GSTR 2 & GSTR 3 returns, but the last two returns never saw the light of the day and the implementation date was continuously extended for the convenience of the policy makers and one day they abolished GSTR 2 & GSTR 3. If these two returns would have been there in existence, the recipient would have options to check the payment of taxes as well as intimate the supplier if the invoices were not uploaded or any amendment. The taxpayers cannot be made scapegoat for the failure of the Government in implementing the systems as originally laid out.

In my view until 31st December 2021, if all the four conditions as per Section 16 sub section 2 is met by the registered person, he is eligible to avail and utilize input tax credit.

Subsequently with effect from 1st January 2022, they inserted clause (aa) in Section 16 sub section 2 of the CGST Act, which reads as follows:

With the insertion of the above clause in the Act itself, they have brought in legal sanctity to the condition that input tax credits can be availed only if it is appearing in GSTR 2A. This amendment is effective from 1st January 2022, which makes it amply clear that before 1st January 2022, there was no provision in law to restrict the input tax credit based on GSTR 2A.

It is advised to give a proper reply to all the communications and if the proper officer is not satisfied with your reply, the matter can be pursued further. There is always a light in the end of the tunnel.

GST liability on renting of building for poultry purpose
GST on pre-packaged and labelled goods effective from 18th July 2022
Role of GST council and paradigm shift in Indian Federalism
Can ITC for a financial year be taken beyond September of following year?
Applicability of GST on charitable activities & controversy over grants
View More Published Posts