Startup India – All you need to know

Prime Minister Narendra Modi started the Startup India Campaign in 2016 to boost entrepreneurship in India. The action plan aimed at financing for startups, simplifying the incorporation of startup process and grant of various tax exemptions and other benefits to startups.

In line with this initiative, the government launched a policy framework, Startup India Action Plan.  Startup India is a flagship initiative of the Government of India, intended to build a strong eco-system for nurturing innovation and Startups in the country that will drive sustainable economic growth and generate large scale employment opportunities. The Government through this initiative aims to empower Startups to grow through innovation and design, primarily focusing on the following three pillars: Simplification and Handholding, Funding Support and Incentives, and Industry-Academia Partnership and Incubation.

Under this plan, eligible startups in India can avail various regulatory and tax benefits, and have access to various funding options if they fulfil certain criteria.

The Indian government has been evolving the definition of an “Eligible Startup, i.e., a Startup that is eligible to claim regulatory and tax incentives.

Any entity formed by splitting up or reconstruction of an existing business is not considered a “Startup.” Thus, we need to ensure that an entity qualifies as a “Startup” in the first place to avail the various tax and regulatory benefits. 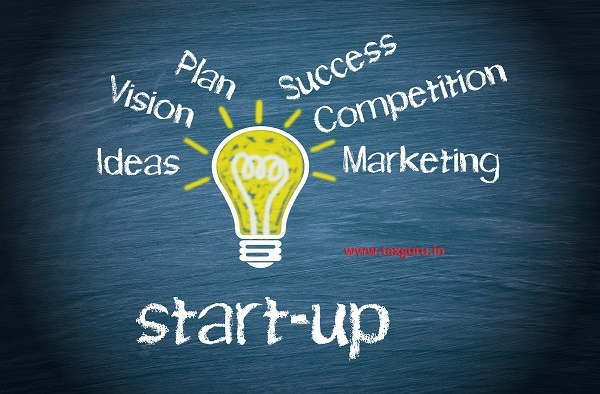 For eligible Startups formed on or after 01 April, 2016, 100% deduction of profit is available. Further, eligible Startups are free to choose any three years out of a period of first ten years from their incorporation, in which they can avail the tax exemption.

To boost the startup ecosystem in India, a long-term capital gains exemption up to INR 5 million is provided, if the amount equal to capital gain arising from the sale of capital assets is reinvested in the units of a notified fund set up for Startups for a period of at least three years. If withdrawn before 3 years, then exemption will be revoked in the year in which money is withdrawn.

3. Carry forward of losses despite substantial change in ownership:

The Indian tax regime allows the protection of unabsorbed tax losses of Startups incurred in the initial seven years of its operations, as long as all the shareholders in the year of incurrence of loss continue to be shareholders in the Startup company in the year of carry-forward and set-off. Therefore, such protection is available even if the change in shareholding is beyond 49% threshold applicable in other cases.

In another welcome move by government authorities towards encouraging Startups in India, eligible Startups have been excluded from the ambit of angel or premium taxation under section 56(2)(viib) of the Income-tax Act, 1961. Therefore, where a Startup issues its shares to any angel investor in consideration of funding received from the investors at a price exceeding the fair market value of the shares of the Startup, any excess over the fair market value (i.e. premium) is not taxed in the hands of the Startup post this amendment.

While the government exempted eligible Startups from taxation on premium received over and above the fair market value of their shares on its issue to eligible investors, a closer look may reveal this to be eyewash, as the horizon of such exemption is very limited. A Startup shall be eligible to claim such exemption only if the following conditions are fulfilled:

FUND OF FUNDS FOR STARTUPS (FFS)

A ‘fund of funds’ of INR 10,000 crores to support innovation driven Startups has been established which is being managed by SIDBI. The corpus shall be released over two Finance Commission cycles, by 2025. FFS invests in SEBI registered Alternative Investment Funds (AIFs) which, in turn, will invest in Startups. INR 600 crore has been released to SIDBI. Further, a letter of comfort for INR 1600 crore has been provided to SIDBI.

The Insolvency and Bankruptcy Board of India has been constituted and the provisions regarding corporate insolvency resolution have been implemented on 1st December, 2016. The provisions related to liquidation have been notified on 9th December, 2016. The Ministry of Corporate Affairs (MCA) has notified the relevant sections 55 to 58 of Insolvency and Bankruptcy Code, 2016 pertaining to the Fast Track process and has notified that the process shall apply to Startup (other than the partnership firm) as defined by DIPP. With the help of this notification, Startups shall now be able to wind up their business within a period of 90 days from making an application for the same as compared to the 180 day period for other firms.

The initiative taken for promoting the start-ups have pushed various entrepreneurs to start new ventures.