E-Form DPT-3 is required to be filed pursuant to section 73 read with rule 16 of the of the  Companies (Acceptance of Deposits) Rules, 2014

MCA vide its notification dated 22nd January, 2019 notified Companies (Acceptance of Deposits) Amendment Rules, 2019, in which ‘sub–rule 3’ in Rule 16A is inserted to file e-form DPT-3 mandatorily for information of Loan to ROC.

outstanding receipt of money or loan by a company but not considered as deposits, in terms of clause (c) of sub-rule 1 of rule 2 from the 01st April, 2014 to 22nd January, 2019 (till the date of

KEY POINTS OF THE NEW NOTIFICATION AND ITS APPLICABILITY:-

3. Requirement: – Filling is required to be done for both secured & unsecured outstanding money/loan not considered deposits are mentioned below which are not treated as deposits as per Rule 2(1)(c) of Companies (Acceptance of Deposits) Rules, 2014. DPT-3 needs to file in respect of these transactions.

4. Period of ‘outstanding receipt of money or loan: – The period which is covered for filing this return is from 01st April, 2014 till 22ndJanuary, 2019. Also be filed in case the loan/money outstanding is taken from its holding/subsidiary or associate company.

5. Filing Fees: – Fees shall be payable as per the Companies (Registration Offices and Fees) Rules,

Companies are advised to file the One Time Return in e-form DPT-3 as soon as possible without waiting for the last date i.e. 22nd April, 2019

Brief view of above notification:-

1. The Concept of Deposit

→ Section 2(31) of CA, 13 defines the term ‘deposit’ in an inclusive manner which provides that any receipt of money by way of deposit or loan by a company shall be termed as deposit. An extension to this definition has been provided in Rule 2(1)(c). Further, Sections 73 to 76A of CA, 13 contain the provisions relating to acceptance of deposits from members by private companies and from persons other than members by public companies and the procedural requirements for the same have been prescribed by the ministry through the Rules. Therefore, the reporting requirement comes from the Rules.

Rule 16 of the existing set of Rules requires filing of the return of deposits (e- form DPT-3) within 30th June every year by the companies accepting deposits.

2. Which companies will get hit by the amendments?

b) Turnover of which as per its last profit and loss account does not exceed Two Crore Rupees or such higher amount as may be prescribed which shall not be more than Twenty Crore. Provided that nothing in this Section shall apply to—

i. A holding Company or a subsidiary company;

ii. A Company registered under Section 8; or

iii. A Company or body corporate governed by any special Act;

3. What do these amendments talk about?

→ The amendments require reporting of the following by the companies with the registrar:

1. A one-time return which will give the details of the outstanding receipt of money or loan which have not been considered as deposits as per Rule 2(1)(c) of the Rules. For this, the period of such receipt of money or loan has to be considered from 1stApril 2014 till the date of publication of the notification in the gazette, i.e., 22nd January 2019 and which are outstanding as on the said date. The reporting has to be done within 90 days of the said publication.

2. A periodic return which will give the details of particulars of transactions which are not considered as deposits as per Rule 2(1)(c) of the Rules within 30th June of every year containing details as on 31st March.

→ Rule 2(1)(c) defines the term ‘deposit’ in an exclusive manner and enlists 19 transactions which are not treated as deposits. Below is the list of the items that are excluded from the term ‘deposit’ subject to the conditions/ exceptions mentioned thereunder-

h. Amount received from directors/ relative of directors in case of a private company;

i. Amount raised by issue of secured bonds/ debentures;

n. Amount brought by the promoters;

o. Any amount accepted by a Nidhi;

p. Any amount received by way of subscription in respect of a chit;

q. Any amount received by the company under any collective investment scheme;

r. Amount received by start- up company by way of convertible note;

5. What will be the consequences for non- reporting?

→ If the company is non-compliant with the provisions of the law i.e. does not file DPT-3 and still accepts deposits then it shall 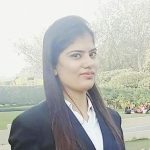