Depreciation on Buildings as per Income Tax Law

Depreciation allowance is provided under the Income Tax Act for building. The word building has however not been defined under the Income Tax Act and must be construed based on the ordinary grammatical sense, together with the available judicial interpretations. According to the Oxford English Dictionary, the word ‘building’ means ‘a structure with a roof and walls, such as a house or factory’. In this article, we look at the depreciation on buildings as per Income Tax Law.

A building does not include land since land does not depreciate. Hence, any expenditure incurred by an assessee for land cannot be part of the cost of construction of a building. Further, depreciation is also not allowed in respect of premium paid for leasehold land, as such amount does not constitute part of the cost of land.

Depreciation not allowed on cost of land

Building does not include land

The expression ‘building’ does not include land because the land does not depreciate. Any expenditure incurred by an assessee, directly referable to the land and not referable to the building, as distinct from the land, cannot constitute a part of the cost of construction of the building for the purpose of allowance of depreciation. – [Vijayshree (P) Ltd. v. CIT (1968) 67 ITR 420 (Del)]

Building does not include Land

Building means superstructure only and does not include land. In other words, value of building on which depreciation is allowed does not include the cost of land or site on which the superstructure stands because there cannot be any question of the destruction of the site. – [CIT v. London Hotel [1968] 68 ITR 62 (Bom.) and CIT v. Alps Theatre (1967) 65 ITR 377 (SC)]

Building does not include site

Dismissing the appeal of the revenue the Court held that, residential flats built by assessee-company for accommodation of its employees was to be regarded as building used for purpose of business of company and thus, assessee was entitled to claim high rate of depreciation on said flats.ie.@ 10 %. (Related Assessment year : 200-01) – [CIT v. Ashok Leyland Ltd. (2019) 266 Taxman 406 (Mad.)]

Dismissing the appeal of the revenue the Court held that the Tribunal is justified in treating  Public roads treated as building and allowed depreciation. Optical fibres used exclusively for computer configuaration were part of computer system and thus eligible for higher rate of depreciation. – [PCIT v. GVK Jaipur Expressway Ltd. (2018) 259 Taxman 430 : 100 taxmann.com 95 (Raj.)]

Roads inside factory are ‘buildings’

The roads laid within the factory premises as links or which provide approach to the buildings are necessary adjuncts to the factory buildings to carry on the business activities of the assessee and would be ‘building’ within the meaning of section 32 – [CIT v. Gwalior Rayon Silk Mfg. Co. Ltd. (1992) 196 ITR 149 : 62 Taxman 471(SC)]

It was held that spirit and text of Explanation 1 to section 32 was that any capital expenditure by assessee on a building not owned by him, in which he carried on business, should be considered as building owned by him for purposes of section 32, to extent of amounts spent on construction of structure or doing of any work in or in relation to and by way of renovation or extension or improvement to building. Accordingly entitle to depreciation. (Related Assessment years : 2005-06, 2009-10 to 2013-14) – [Carrier Air-Conditioning & Refrigeration Ltd. v. ACIT (2018) 195 TTJ 777 : 172 DTR 49 (ITAT Delhi)]

Assessee firm was carrying on business of outdoor publicity through use of hoardings, during the year Assessee claimed depreciation at rate of 15 per cent on hoarding structure owned by it under category of ‘plant and machinery’. The Assessing Officer opined that hoarding structures were to be treated as ‘building’ and therefore he allowed depreciation at rate of 10 per cent. The ITAT had taken a view that hoarding structures did not play any operative role as apparatus or tool in carrying on trade by assessee firm or in functioning of assessee firm’s business rather those hoarding structures were merely embedded in building and erected for entities to put their advertisements. Assessee failed to satisfy functional test of ‘plant’ as given in section 43(3) and therefore order of the Assessing Officer was upheld. – (Related Assessment Year : 2007-08) – [Asian Advertising v. ITO (2016) 158 ITD 145 (ITAT Mumbai)]

Building allotted to the employees – Depreciation would be allowed

Income from buildings owned by the assessee and allotted to the employees would be chargeable to tax under the head “Income from business or profession” and depreciation would be allowable on such buildings at the rates prescribed by Income-tax Rules. – [Board’s Circular dated 12.12.1966 made the aforesaid point very clear]

Where, the administrative block housed the chief engineer and related staff, the canteen, the new stores, and co-operative stores buildings, which were essential adjuncts to the factory premises, it was held that they were rightly treated as factory buildings – [CIT v. Standard Motor Products of India Ltd. (1983) 142 ITR 877 (Mad.)]

A cold storage building is entitled for depreciation at rates as applicable to a factory building – [CIT v. Yamuna Cold Storage (1981) 129 ITR 728 (P&H)]

Temple building constructed within the premises

Depreciation is allowable in respect of temple building constructed within the premises of the assessee.—[CIT v. Associated Flour Mills (P) Ltd. (1996) 221 ITR 123 (Gau)]

Church is a ‘building

Temple constructed in the factory premises

In the case of Atlas Cycle Industries Ltd. v. CIT, the assessee company, which derived its income from the manufacture and sale of cycles and spare parts, constructed a temple primarily and directly for the benefit of its employees inside the factory premises and claimed before the ITO that the temple was a business asset entitled to depreciation under section 32 of the Act. The ITO rejected the claim of the assessee. On appeal the AAC (now referred to as Commissioner  (Appeals) held that the depreciation claimed on the temple building was not allowable as it was not a business asset and that the expenditure incurred for the maintenance for the temple was not an admissible deduction. On further, appeal, the Tribunal affirmed the order of AAC. Then on a reference the P&H High Court held that since the temple had been erected for the purpose of the labour and this was a measure to keep them happy. it was a business asset and depreciation was allowable thereon under section 32 and accordingly it held temple maintenance expenditure as the expenditure laid out or expended wholly and exclusively for the purpose of the assessee’s business and was an admissible deduction under section 37. – [Atlas Cycle Industries Ltd. v. CIT (1982) 134 ITR 458 (P&H)]

Where the assessee purchases a building and the purchase price (as per sale deed) is a composite one (sale deed does not indicate the prices of land and building separately), then no distinction at least in the consideration paid to the vendor can be made and the entire amount is qualified for depreciation. However, if there is a clear-cut identity in respect of price paid to the land and building (i.e., sale deed indicates price of land and building separately), then depreciation is available only on the building. – [CIT v. Rajesh Exports Ltd. (2006) 9 SOT 28 (Bang.) (URO)]

Roads not adjunct to building cannot be treated as ‘building’

Where the assessee constructed roads to approach about 500 trenches meant for dumping waste and night soil, the roads cannot be treated as ‘building’ for purposes of allowing depreciation, since the roads were not adjunct to any building and there was no other construction except the roads – [Indore Municipal Corporation v. CIT (2001) 247 ITR 803 : 166 CTR 511 : (2002) 124 TAXMAN 128 (SC)]

Mere taking of licence will not suffice

The Bombay High Court in the case of CIT v. Colour- Chem Ltd., where it was held that roads or roadways laid out by the assessee-company for the purposes of linking several factory buildings within the factory premises and which had been used for the purpose of carrying raw materials and finished products and workers must be regarded as buildings within the meaning of Sub-clause (vi) of Section 10(2) of the Indian Income Tax Act, 1922. In these circumstances, it was held that such roads were entitled to depreciation as building. – [CIT v. Colour- Chem Ltd. (1977) 106 ITR 323 (Bom)]

If the assessee was the owner of the building during the period of the lease, he would be entitled to claim depreciation

Depreciation on building constructed on leased land is admissible even if the agreement provides that after the expiry of lease, the building would be handed over to the lessor without compensation. – [Y.V. Srinivasamurthy v. CIT (1967) 64 ITR 292 (Mys.)]

Factory need not be worked by owner himself

To claim depreciation it is not necessary that the factory should be worked by the assessee himself, and it is enough if the factory is worked on by a licensee or a hirer – [CIT v. Sarveshwar Nath Nigam (1963) 48 ITR 853 (Punjab)]

3. In respect of any structure or work by way of renovation or improvement in or in relation to a building referred to in Explanation 1of clause (ii) of sub-section (1) of section 32, the percentage to be applied will be the percentage specified against sub-item (1) or (2) of item I as may be appropriate to the class of building in or in relation to which the renovation or improvement is effected. Where the structure is constructed or the work is done by way of extension of any such building, the percentage to be applied would be such percentage as would be appropriate, as if the structure or work constituted a separate building. 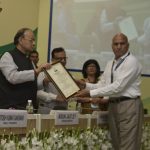 Name: Ram Dutt Sharma
Qualification: Post Graduate
Company: NA
Location: FARIDABAD, Haryana, IN
Member Since: 12 Apr 2020 | Total Posts: 24
Born on 27 June, 1958 in Narnaul, Haryana joined Income-tax Department in the year 1983 and retired as Income Tax Officer on 30.06.2018. Have so far author of 21 books on Income Tax and also writer of his own blog https://ramduttsharma.blogspot.com/. Previlliged to be recipient of first-ever Finance View Full Profile