Section 206: Power of ROC to call for information and Inspect documents

On scrutiny of any documents filed by Company to ROC its obligation of the company to provide information, explanations and documents as the Registrar may direct.

The information, explanation or documents must be provided within a reasonable time as specified in the notice.

The responsibility for compliance with this obligation is on the company and its officers who shall do so to the best of their knowledge and power.

However, the obligation to provide information or explanation relating to any past period shall be on an officer who had been in the employment of the company during such period and if so called upon by the Registrar by means of a notice.

Power of the Registrar to inspect books, paper, documents, etc.

(i) Grounds for conduct of inquiry

On the basis of the information available or furnished or representations made by any person, the Registrar is satisfied that:

(a) the business of the company is being carried on for a fraudulent or unlawful purpose, or not in compliance with the provisions of this Act; or

(b) Investor’s grievances are not being addressed,

If the Central Government is satisfied that the circumstances so warrant, it may direct the Registrar, or an Inspector appointed for the purpose to conduct an inquiry under this sub-section.

(iii) Liability of Officers for fraud

Where the business of a company has been or is being carried on for a fraudulent or unlawful purpose, every officer of the company who is in default shall be punishable for fraud in the manner provided in Section 447.

Power of the Central Government to direct inspection of books etc

(i) It may direct an Inspector to inspect books and papers of a company;

(ii) It may, by a general or special order, authorize any statutory authority to carry out inspection of books of accounts of a company or class of companies.

Section 207: Conduct of Inspection and Inquiry

(ii) Right of Registrar or Inspector to take copies of books of account.

(iii) Registrar or Inspector to have the powers of civil court as provided in the Civil Procedure Code, 1908 whole trying a suit.

Section 208: Reporting by The Registrar on Inspection or Inquiry

After the inspection of books of account or inquiry under Section 206 and other books and papers under section 207, the Registrar shall submit a written report to the Central Government. The report may recommend the need for further investigation along with reasons in support.

If the Registrar or Inspector has reasonable ground to believe that the books and papers of a company, or relating to key managerial personnel or any director or auditor or company secretary in practice of company has not appointed a company secretary, are likely to be destroyed, mutilated, altered, falsified or secreted he may, after obtaining an order from the special court

(a) enter with such assistance as may be required and search the place where such books or papers are kept; and

(b) seize such books and papers as he considers necessary after allowing the company to take copies or extracts there from.

The seized books and papers shall be returned to the company within a period which is not later than 180 days of the date of seizure.

However, the books and papers may be again called for by the Registrar or Inspector for a further period of 180 days.

Before returning the books and papers, the Registrar or Inspector may take copies or extracts from them or place identification marks thereon or deal with them in such manner as he considers necessary.

On the basis of the following, the Central Government may appoint one or more inspectors to investigate the affairs of the company and to report, thereon:

(a) On the receipt of report of the Registrar or Inspectors under Section 208;

Where an order is passed by a court or the Tribunal in any proceedings before it that the affairs of a company ought to be investigated, the Central Government shall order an investigation into the affairs of that company

Serious Frauds Investigation Office (SFIO) is a multi-disciplinary organization under the MCA consisting of experts in the field of accounting, forensic auditing, law, information technology, law, capital markets, and taxation concerned with detection and prosecuting or recommending for prosecution white collar frauds.

(i) complexity coupled with inter-departmental and multidisciplinary ramifications;

(ii) substantial involvement of public interest to be judged by size in terms of monetary misappropriation or in terms of the number of persons affected;

(iii) Possibility of investigation leading to contribution to or clear improvement in systems, laws or procedures.

A quick unravelling of the fraud or scam, the persons who committed the offence or were involved in the conspiracy with a view to bring them to justice quickly;

maximum recovery of the gains from the fraud and the restoration of such assets or moneys to the rightful owners; identification of weaknesses in law or monitoring and reporting systems because of which the fraud had occurred so as to enable the government to take corrective action.

The SFIO shall be headed by a Director. It shall consist of such number of experts from the following field to be appointed by the Central Government from amongst persons of ability, experience and experience in:

(viii) persons having expertise in the fields of investigations, cyber forensic, financial accounting, management accounting, cost accounting and any other fields as may be necessary for the efficient discharge of Serious Fraud Investigation Office (SFIO) functions under this Act.

The appointment of Director in the SFIO shall be done by the Central Government by a notification in the Official Gazette.

The person to be appointed Director shall not be below the rank of a Joint Secretary having knowledge and experience in dealing with matters relating to corporate affairs.

Section 212: Investigation by SFIO into the affairs of Company

The Central Government may assign the investigation into affairs of a company to the SFIO on the basis of an opinion formed from the following:

(a) on receipt of report of the Registrar or Inspector under section 208;

(b) on intimation of a special resolution passed by a company requesting an investigation into its affairs;

(d) on the request of any Department of Central Government or a State Government.

It shall be the responsibility of the company, its officers and employees, who are or have been in the employment of the company to provide all information, explanation, documents and assistance to the Investigating Officer as he may require for conduct of business.

Manner of investigation and submission of report

The investigation into the affairs of a company shall be conducted in the manner and by following the procedure specified in this Chapter. The SFIO shall submit its report to the Central Government within the period specified in the order.

Restrictions on other investigating agencies

Notwithstanding anything contained in this Act or in any other law, any person may obtain a copy of the investigation report by making an application in this regard to the court.

After receipt and examination of the investigation report and taking the legal advice, the Central Government may direct the SFIO to initiate prosecution against the company, its officers, employees (past and present) or any other person directly or indirectly connected with the affairs of the company.

Investigation Report to be reckoned as report by police officer

The investigation report filed with the Special Court for framing of charges shall be deemed to be a report filed by a police officer under section 173 of the Code of Criminal Procedure.

Saving of actions etc. initiated by SFIO under the Companies Act, 1956

Notwithstanding anything contained in this Act, any investigation or any other action taken or initiated by the SFIO under the provisions of the Companies Act, 1956 shall be continued as if this Act had not been passed.

Limitations on grant of Bail for offences liable is punishment for fraud under CrPC, 1973

Notwithstanding anything contained in the CrPC, 1973. the offences listed below shall be

(a) cognizable, and (b) no person accused of those offence shall be released on bail or on his own bond unless:

(i) the public prosecutor has been given an opportunity to oppose the application for such release, and

(ii) the court is satisfied after hearing the public prosecutor that there are reasonable grounds for believing that he is not guilty of such offence and that he is not likely to commit any offence while on bail.

The following persons may be released on bail of the Special Court so directs:

(c) a sick or infirm person

Limitation on bail to be in addition to those under the CrPC, 1973

The limitation on grant of bail under section 212(6) shall be in addition to those under the Code of Criminal Procedure or any other law for the time being in force on granting of bail. 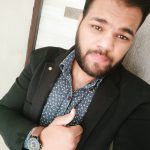