IFRS at a Glance & IFRS

The IFRS Foundation has currently 22 Trustees who monitor and fund the IASB, IFRS Advisory Council and IFRS Interpretations Committee.

ADOPTION OF IFRS IN INDIA

Ind AS stands for Indian Accounting Standards and are converged standards for IFRS. To ensure India converge globally accepted standards, IFRS, Ind AS were adopted and are being mandatory for certain companies.

It shows path to entities for applying IFRS Standards for the first time.

Issues to be taken care of:

Adjustments are supposed to be recognized directly in Retained Earnings, not in Statement of Profit and Loss. 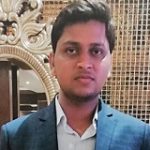 Sec 194Q TDS on Purchase on Goods worth Exceeding Rs. 50 Lakhs | Correlation with 206C(1H)-TCS on Sale of Goods
Time to pull up your socks!
Hum do and Hamare do Tax Benefit under Income Tax Act, 1961
Result of CS Examinations December, 2020- Toppers & Analysis
Section 194Q TDS on Payment Towards Purchase of Goods
Cancel reply