Input tax credit is backbone of GST ACT so it is very broad concept, I will try to discuss it in a very simplified manner.

Section 16(1)-  Every registered person shall, subject to such conditions and restrictions as may be prescribed and in the manner specified in section 49, be entitled to take credit of input tax charged on any supply of goods or services or both to him which are used or intended to be used in the course or furtherance of his business and the said amount shall be credited to the electronic credit ledger of such person .

(2) Notwithstanding anything contained in this section, no registered person shall be entitled to the credit of any input tax in respect of any supply of goods or services or both to him unless, –

(a) he is in possession of a tax invoice or debit note issued by a supplier registered under this Act, or such other taxpaying documents as may be prescribed;

(b) he has received the goods or services or both.

Explanation—For the purposes of this clause, it shall be deemed that the registered person has received the goods or, as the case may be, services––

(i) where the goods are delivered by the supplier to a recipient or any other person on the direction of such registered person, whether acting as an agent or otherwise, before or during movement of goods, either by way of transfer of documents of title to goods or otherwise;

(ii) where the services are provided by the supplier to any person on the direction of and on account of such registered person.

(c) subject to the provisions of section 41 or section 43A, the tax charged in respect of such supply has been actually paid to the Government, either in cash or through utilization of input tax credit admissible in respect of the said supply; and

(d) he has furnished the return under section 39:

Provided that where the goods against an invoice are received in lots or instalments, the registered person shall be entitled to take credit upon receipt of the last lot or instalment:

Provided further that where a recipient fails to pay to the supplier of goods or services or both, other than the supplies on which tax is payable on reverse charge basis, the amount towards the value of supply along with tax payable thereon within a period of one hundred and eighty days from the date of issue of invoice by the supplier, an amount equal to the input tax credit availed by the recipient shall be added to his output tax liability, along with interest thereon, in such manner as may be prescribed:

Provided also that the recipient shall be entitled to avail of the credit of input tax on payment made by him of the amount towards the value of supply of goods or services or both along with tax payable thereon.

Analysis- Now one thing to keep in mind that every word in act has to be analysed. So let us start –

Receipt of goods may be said to be complete when goods have been supplied as per the recipient’s instructions and the supplier is discharged from any further liability on such goods. The delivery must be complete in all respects to the utmost satisfaction of the recipient.

Now days GST Department issues notices to large number of taxpayers of fake invoices … on the basis of non-fulfilment of this condition—not actually received the goods or services.

Do you know that Section 155-deals with burden of proof –Where any person claims that he is eligible for input tax credit under this Act, the burden of proving such claim shall lie on such person?

Though recipient have made payment to supplier and supplier has also filed the return but still he is not eligible to claim ITC if he has not actually received the goods. This condition is very important to claim ITC.

For instance, X is providing advisory services to Z for which the payment is agreed to be made by Y. In this situation, Y will be deemed to have received the services as per the new deeming fiction in the Explanation to Section 16(2). Thereby, Y will be allowed to avail input tax credit even though he is not in actual receipt of the services.

Section 41 deals with provisional credit and Section 43 A  i.e  new Return filling mechanism allow input tax credit to recipient subject to certain conditions even if payment of tax not made by supplier yet to be notified.

Now this condition says that even if registered recipient has made payment of tax to supplier he cannot claim credit if supplier has not paid taxes to government. Do you agree with this??

Example – A is supplier of goods  and B is recipient Now even if B has made full payment to A he cannot claim credit if A has not furnished his return and paid taxes to govt.

Recipient has valid invoice, received goods/services in course of furtherance of business and also made payment of invoice to supplier still he can’t claim credit??? He has satisfied all conditions just because supplier has not paid taxes to government, he cannot claim credit. This is not justified.  Why recipient suffer due to default of supplier??

On the other hand, IGST paid under reverse charge on import of services is covered under Section 5(3) of the IGST Act as a result of which an importer of service would be entitled to credit of IGST paid even if the service provider remains unpaid beyond the said period of 180 days.

(3) Where the registered person has claimed depreciation on the tax component of the cost of capital goods and plant and machinery under the provisions of the Income Tax Act, 1961, the input tax credit on the said tax component shall not be allowed.

(4) A registered person shall not be entitled to take input tax credit in respect of any invoice or debit note for supply of goods or services or both after the due date of furnishing of the return under section 39 for the month of September following the end of financial year to which such invoice or invoice relating to such debit note pertains or furnishing of the relevant annual return, whichever is earlier.

As per the verdict of the Hon’ble Gujarat High Court in the case of AAP & Co. Chartered Accountants v/s Union of India [R/Special Civil Application No. 18962 of 2018 dated June 24, 2019], it was held that GSTR 3B was not a return in lieu of GSTR 3 specified u/s 39 of CGST Act, 2017 and is applicable only in the circumstances stipulated under Rule 61(5) of CGST Rules. So it means we can claim credit till filling of Annual return .

Consequentially, the government immediately recognized its mistake and took up the challenge to remedy the consequences of the judgement with retrospective effect from 1st July 2017 and amended Sub Rule (5) of Rule 61 of the CGST Rules, 2017 vide Notification No. 49/2019 – Central Tax dated 09-10-2019.– GST 3B is a valid return u/s 39.

But question comes in my mind -Can amendment be made in CGST RULES with retrospective effect just after HIGH COURT JUDGEMENT so that decision of high court cannot be given effect to ..Not acceptable .. Many cases are still pending in court against this provision of Section 16(4).

When registered taxpayer has satisfied all conditions of Section 16 (1) and 16(2) to claim credit , he cannot claim credit just because he has not fulfilled compliances of due date ….He has vested right to claim ITC …No one can deny it…

I have tried to cover all aspects still any query/doubt can be mailed at mamta0581@gmail.com 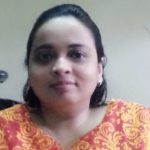 Dussehera gift of date extension, but what about Diwali gift of ITC?
Withdrawal of EVC facility extended to companies for filing GSTR1 & GSTR3B
GSTR 9, GSTR 9A, GSTR 9C due date extended to 31st Dec 2020
Steps to Use Cash/ ITC for Payment of GST Demand: FAQs & Manual
Electronic Liability Register under GST
Cancel reply