The Supreme Court of India has recently held that the homebuyers who after buying houses have not got possession of their flats within the fixed contract time period, will now are free to approach the consumer forum for compensation from the builder for delaying in the handing over possession of their houses, in spite of the enactment of Real Estate (Regulation and Development) Act 2016.

This observation was held by the division bench of the Supreme Court comprising Justices UU Lalit and Vineet Saran in the judgment of M/s Imperia Structures Ltd vs Anil Patni and another.

The Court observed that the period for allotment of a flat or home to a buyer must be calculated from the date of the buyer agreement and it shall not be reckoned from the registration date of the project under the Real Estate Regulation and Development Act (RERA Act). 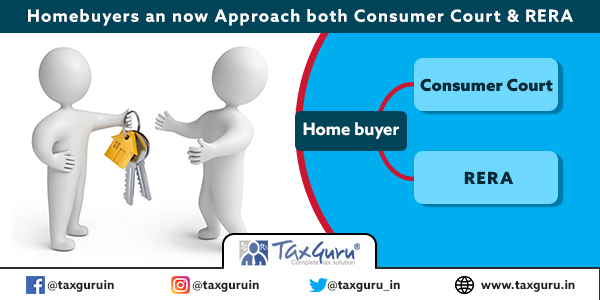 The matter was about the homebuyers who had booked flats by executing Builder Buyer Agreements in 2013 and had approached the Consumer Commission National Consumer Disputes Redressal Forum in 2017 because no construction was started on the project even after 4 years. The NCDRC had passed its decision in the year 2019 and directed the developer to initiate the refund of the sums deposited by each of them from the respective dates of deposits as well as an amount of fifty thousand to be paid every complainant.

The company approached the Supreme Court appealing that since the project has been registered under RERA, the buyers cannot approach the Consumer Forum.

Furthermore, the company contended that the “homebuyers” are not “Consumers” under the explanation of the Consumer Protection Act, on the grounds that they had bought the properties as an investment for commercial purposes and not for any residential purpose.

The Supreme court on 2nd November made it clear that though the special 2016 legislation had many features that benefit the buyers, consumer courts still have the authority in order to entertain complaints of the buyers if they fall under the definition of consumer under the law.

The judgment held that the RERA doesn’t statutorily force an individual to withdraw any such grievance nor do any provisions or sections of the RERA Act form any procedure in order to transfer of any such pending proceedings towards authorities under the RERA Act.

Also, in cases, where such proceedings under the Consumer Protection Act are started after the provisions of the RERA Act, became effective and operational, there is nothing in the RERA Act that limits such initiation.

The judgment given by the Court held that the legislative intent is clear that a choice or option is given to the buyers whether he wants to initiate appropriate proceedings under the Consumer Protection Act or towards filing an application under the RERA Act,

The decision was observed when an appeal of the M/s Imperia Structures Ltd was made against the ruling of the NCDRC on the grievance of ten homebuyers of its housing scheme called the ESFERA in Gurgaon, Haryana.

The project has started in the year 2011 and the buyers had booked their apartments in 2011-12 by paying the booking amounts.  and later approached the NCDRC claiming that despite the lapse of 42 months the houses were not handed over to the buyer in order to get possession of their homes.

The buyers had approached the National Consumer Disputes Redressal Forum in 2017 because no construction was started on the project even after 4 years. The NCDRC had passed its decision in the year 2019 and directed the developer in order to refund the sums deposited by the petitioners with simple interest of 9% per annum from the respective dates of deposits till the date of realization, as well as Rs 50,000, be paid to each of the petitioners.

The court held that the provisions, therefore, give a right or a choice to the concerned appellant but don’t statutorily force him to withdraw such grievance nor do the provisos of the RERA Act make any mechanism for the transfer of any such pending proceedings towards authorities under the RERA Act. As against that the clause in Section 12(4) of the Consumer Protection Act towards the contrary is quite significant.”

The SC also rejected the argument that since the RERA Act has been enacted and considering the special proficiency and the qualifications of the chairpersons as well as members of the Authority as per section 22 and the Appellate Tribunal as per Section 46, such authorities shall be held entitled to resolve all concerns relating to the venture registered under the RERA Act.

The court stated that it was true that some special authorities have been made under the RERA Act for the regulation as well as the promotion of the real estate sector and the issues regarding a registered venture are specifically entrusted towards functionaries under the RERA Act. But for the current purposes, we should go by the meaning of Section 18 of the RERA Act. Since it provides a right “without prejudice towards any other remedy available’, in force, such other remedy is recognized and saved subject always towards the applicability of Section 79…,”

The bench stated the ruling in Pioneer Urban Land and Infrastructure Limited and another Vs the Union of India in which it was held that the remedies that are provided to allottees of flats are concurrent remedies, and such allottees of flats were in a position towards availing of the remedies under the Consumer Protection Act, 1986, RERA along with the triggering the IBC Code.

The Apex Court, however, rejected the pleas, imposing charges of Rs.50,000 that was held to be paid by the developers with regard to each of the complainants of the consumer case.

The complainants had welcomed the judgment.

Thus, it could be said from the Court’s ruling that this judgment had clarified the legal position of the option of choosing a forum for starting grievances against the builder must lie with the homebuyers and they must be at liberty in order to select between both RERA and/or the Consumer Forum.

Furthermore, the Court had legally validated the point that now the homebuyers cannot be forced to select a forum in accordance with the suitability of builders.

It is important to state that the builders were, however, partially successful in their attempt to limit the homebuyers from approaching the Consumer Forum following the decision of the government towards raising the monetary jurisdiction through a current amendment in the Consumer Forum Act.

The amended Consumer Protection Act became effective from 20th July and it thereafter has altered the jurisdiction of the National Consumer Disputes Redressal Commission (NCDRC) to Rs 10 crore from the previous Rs 1 crore. This implies that the homebuyers who had paid a sum more than Rs 10 crore could file a case in the commission. 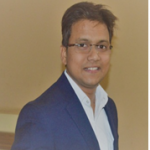