On June 14, 2018 the Ministry of Corporate Affairs (MCA) issued the Companies (Significant Beneficial Owners) Rules, 2018 (SBO Rules).  The Rules, as name suggests, provide for a declaration by the Company to ROC about the Significant Beneficial Owner and compliance related to the same to enable Government authorities to keep a track of the actual holders of the ownership of the corporate entity.

In line with MCA’s Rules, SEBI on December 7, 2018 had prescribed the format of disclosure of the Significant Beneficial Ownership (SBO). While the declaration for SBO was due by every Company, MCA could not introduce the eForm BEN-2 under the SBO Rules for Companies to file and vide its circular dated September 6, 2018, MCA clarified that the time limit for filing the BEN-2 form would be 30 days from the date of deployment of BEN-2 e-form on the MCA-21 portal and no additional fee shall be levied if the same is filed within 30 days from the date of deployment of the said e-form. However, till date MCA is not able to issue eform BEN-2 and hence the countdown of 30 days is not yet started for Companies to file the declaration under the SBO Rules.

Further to the circular dated September 6, 2018, MCA issued Circular no. 8/2018 dated September 10, 2018, confirming BEN-1 form (Declaration by the beneficial owner who holds or acquires significant beneficial ownership in shares) will be revised and the revised timeline will be provided when the revised format form BEN-1 will be issued confirming NO IMMEDIATE ACTION COULD HAVE BEEN TAKEN BY COMPANIES ON SBO RULES till date.

Now to bring clarity and answering many pending questions, MCA notified the Companies (Significant Beneficial Owners) Amendment Rules, 2019 (Amendment Rules) on February 8, 2019. These amendments to the SBO Rule has given answers to a lot of the pondering questions that have been lurking in the past couple of months following the implementation of the SBO Rules.

Timeline as per Amendment Rules

* Note:  In case of change in interest within 90 days of notification of the Rules, period of 30 days will commence from the expiry of above mentioned 90 days period.

After considering various feedback and all Forms mentioned in SBO Rules are modified and following revised forms are issued with SBO Amendment Rules.:

The non-applicability net has been made clearer and more specific and wider considering the difficulties in determining the SBO in various situations. Now, the SBO Rules shall not be made applicable to the extent the share of the reporting company is held by,-

(a) the authority constituted under sub-section (5) of section 125 of the Act;

(b) its holding reporting company:

Provided that the details of such holding reporting company shall be reported in Form No. BEN-2.

(c) the Central Government, State Government or any local Authority;

(ii) a body corporate, or 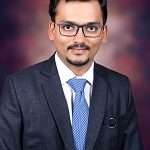